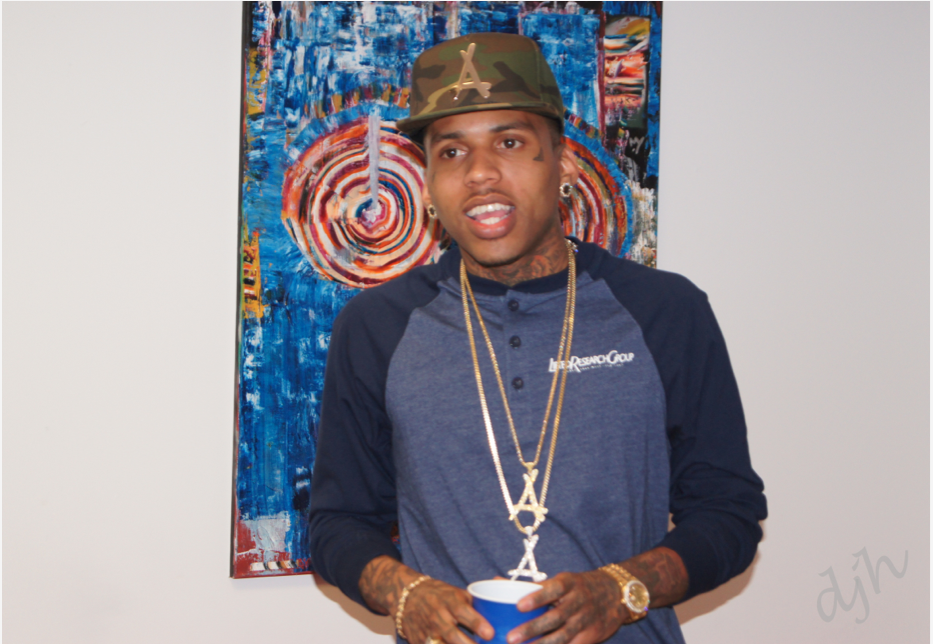 [Interview] Kid Ink discusses Progressing as an artist, Signing to a major Label, and the importance of releasing visuals

Having dropped five mixtapes as well as his debut independent album all within the last 3 years, the Los Angeles native is known for major singles including “Time of Your Life”, “Hell & Back” and “I Just Want It All.” With close to 40 official Videos totaling 60 Million + Views on You Tube, he seems to be doing everything right.

TCUS: You want to introduce yourself?

Kid Ink: What’s going on yo, its Kid Ink straight from Los Angeles, representing that Alumni in the building.

TCUS: You’re back in T-Dot again, what are some of the things that you love about Toronto?

Kid Ink: I feel like the weather is good for me you know what I’m saying, LA is sometimes too hot for me, and New York is too cold, this right here I can deal with it you know, its kind of cool. The food, ya everything is familiar, it’s not too out of the way. The smoke is still good [laughs] that’s really the main thing for me, I don’t want to get right into that but you know the biggest thing for me is the smoke is still good out here compared to Cali and the people are cool. It’s always love every time I come out here. I’ve never had a bad time. 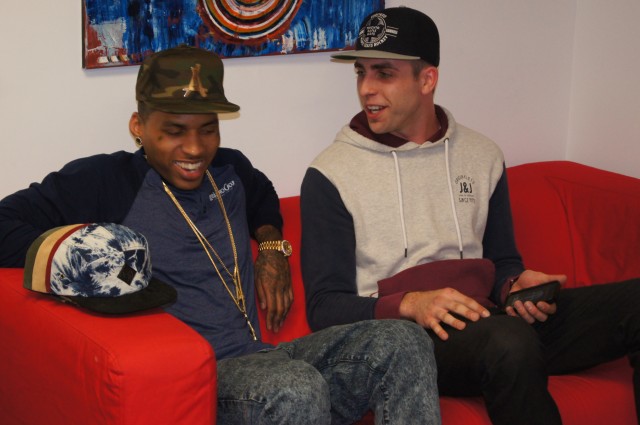 TCUS: Obviously with the name Kid Ink you come with a lot of tattoos, tell me about your passion for them, when did that start and what does it mean to you?

Kid Ink: Really man, my passion for tattoos started when I was 16. I went and got my first tattoo with my mom who took me up to the shop, she was like you can only go if I go with you and get something as well. But you know, I ended up drawing my first tattoo as well as my second tattoo, up to like my sixth tattoo and than I started getting lazy. I wanted to give the tattoo artist the chance because when the tattoo artist draws the tattoo I feel like they have more passion and love for it and will give you a better tattoo. I like to give the creativity to the artist and I feel like the tattoo lifestyle is just big where I’m from. There’s Kids who aren’t into music, who aren’t into tattoos, who still have tattoos all over their face and just love the art and that lifestyle and really have tattoo cliques. It’s just the scene but I feel like my tattoos definitely came before the music most importantly.

TCUS: You also made the decision to join PETA’s “Ink Not Mink” campaign, what brought you to take that step?

Kid Ink: They reached out to me really for two reasons. First, the tattoos made sense for their campaign and secondly, they just wanted to interview me and see if I understood what the whole entire campaign was about. To be comfortable in your skin was the biggest topic for me because I’m somebody who’s always judged just by how I look. I wanted to get the message across that you don’t have to hide yourself or be glamorous, just be you.

TCUS: Do you have any animals?

Kid Ink: Ya I got 2 dogs, I’ve had cats, snakes, hamsters, I’ve had everything. [The whole zoo right, laughs] I kind of get it when I think back to when I had those animals and if somebody would harm them. I was like wow.

TCUS: You recently signed to RCA Records, what was it like transitioning from an independent artist to a major label?

Kid Ink: You know when you’re an independent artist of course there’s more freedom to do whatever you want. I could drop a song tomorrow, I could drop a song next week. I could drop a video tomorrow or I could do this this and that. Of course with the label it’s a little more broken down and it’s really just business. Things have to make sense and you can’t really do as much testing as you want with records, you have to make sure that that’s the right one, send it out, mix it and make sure everything’s perfect. You know, you should always do that with your music but with mixtapes and being independent, you can say “Alright I’ll try that and if fans didn’t like it I’m not going to do it again.” But when your album is there it’s set in stone and that’s what people are going to judge you on, the whole world is going to judge you so there’s a difference that way but I’ve made sure that my deal was still a little bit open to where I could do me and be creative and not really have to worry about anybody changing it.

TCUS: During your progression as an artist, you’ve managed to remain unique and that usually comes from being true to yourself. Tell me about the confidence that requires and the reaction you get?

Kid Ink: I try to be true to myself yet still at the same time look at comments and look at what the fans have to say and kind of put it in perspective. I’m never someone whose not open for opinion, I’m always just down to make it work and see how we can do things but at the end of the day I always want to make sure it represents me. It’s really about just being humble and not selling yourself on being there already. I haven’t felt like I’ve made it and you always have to feel that way in order to stay hungry and keep progressing. People are subtle making the millions when really I want the billions, there’s always more and it doesn’t stop so why should you stop mentally, Ultimately you have to always be yourself man. I think that’s what the whole major label situation was for me, it was taking the next step and not repeating the same independent year over and over and over again and continue being the same artist.

TCUS: So as far as your music goes, what fuels your creativity behind that and what’s your inspiration?

Kid Ink: There’s so many things that fuel the creativity I mean, just watching other artists I feel like when you look closely at other artists and other people – not necessarily competition but you have to look at it that way, it kind of motivates you when you see others drop a video and your like [I’m] about to go drop a video now or that song is hot, I need to go make a song that’s just as hot, if not hotter. I still let myself be a fan of music and that motivates me to want to be better than certain people or just getting the same love. Nothing is new under the sun so you cant be afraid to take things from others and try to flip them and make them your own at the end of the day.

TCUS: Throughout your career you’ve consistently released videos, what’s the significance/importance behind releasing so many visuals off your projects?

Kid Ink: Visuals are important for two reasons. First, I feel they’re important because it helps get the message across in some records that you don’t get from just listening to it. When you see a video, sometimes your like ohh I get it now, I get what they meant. The second the biggest thing with videos is how it crosses over worldwide man, the videos are sometimes the only way for people across the country and different places to see and hear the music. They may not get the same radio stations or they don’t get the same TV channels you know, they don’t have the same MTV that plays the same music, even in Canada [when I’m] watching TV its not the same exact videos. People will use to the Internet and that’s why YouTube and stuff like that is so important.

TCUS: When you’re in the studio, what are the 3 most essential items that you need?

Kid Ink: The three most essentials items I need in the studio lately is just a laptop full of beats, smoke [good smoke] and my team around. I feel like when you have people around you in the studio you can feed off the energy. When you play a beat and look around and nobody’s bobbin their head, obviously that just might not be the one [laughs] but If you put it on and everyone stops what they’re doing, than you know that there’s something going on. I won’t sell myself on a record, if it’s not good, its not good, lets move on and go to the next one. 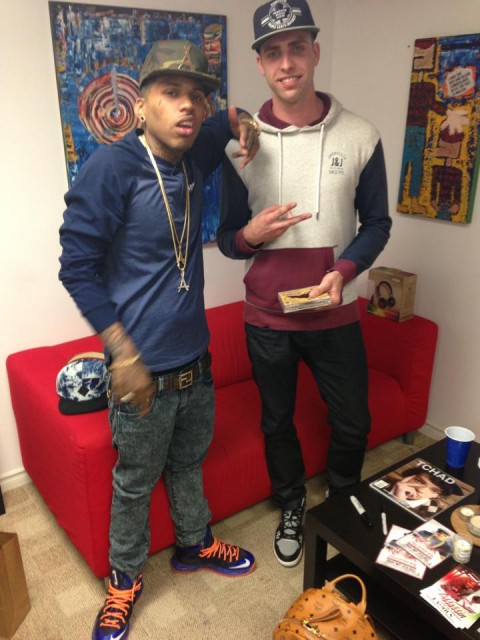