Every year I do the best of The Come Up Show on the radio and 2009 was no exception. You can check out the radio version.

This year since I am working with Wreckless Crew Productions and I had so many interviews on video, we decided to bring you the best of 2009 on video. There is some behind the scenes footage that EVEN I haven’t seen until now. We have to split it into 2 parts.

Make sure you check out the radio version because there are certain things you won’t see in this video that you can catch on the show and vice versa. 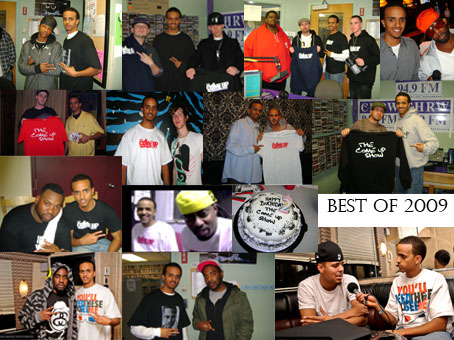