UPDATE: Lloyd Banks, along with Shaun McGee, Tyrell Cooper and Nicholas Sloan are all in custody in Kitchener’s District 1 police station facing possible charges of assault, robbery and forced confinement. The G-Unit Four are to remain in an Ontario jail until their hearing early next week.

This is some messed up ish, I have had the opportunity to meet Chris Hines and he is a very good person.

Lloyd Banks and four of his boys allegedly beat up Chris Hines who is a road manager in a hotel near Kitchener where Banks was scheduled to perform.

According to accounts of the alleged incident, they assaulted Hines and left him to be rushed to hospital.

Chris Hines suffered a few minor lacerations as well as a bruised eye and a possible head trauma. 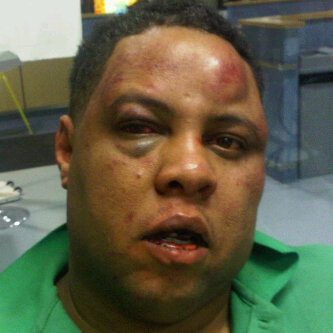 However, after arriving late to the venue, Banks reportedly performed half a track and walked off the stage to the dismay of the already agitated fans.

When Hines refused to pay Banks for not fulfilling the performance agreement, he was assaulted and left to be rushed to the hospital.

Lloyd Banks has been arrested along with four other men and they are currently in the custody of Canadian Authority.