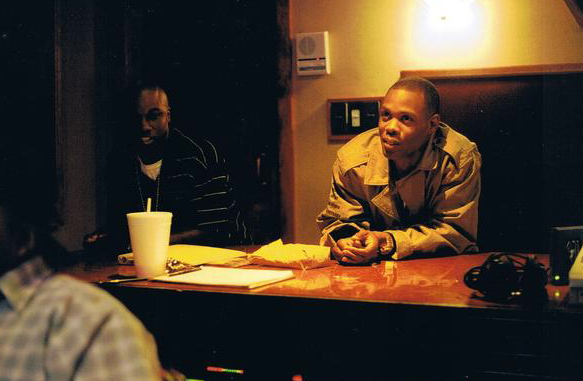 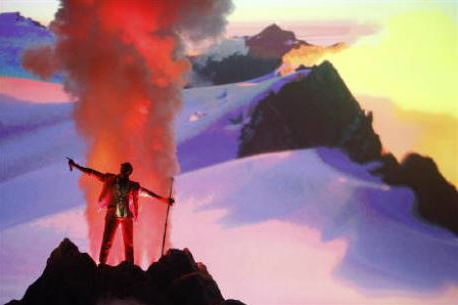 “Keeping it real with others is what’s really real!” -Cormega

Watching the VMA’s is like night of drunken debauchery out on the town. You see a lot of people, hear a lot of loud music, and wake up the next morning with a collection of vague memories to share with your friends like souvenir tchotchkes. Sometimes, if you’re lucky, those new memories might even distract you long enough to soothe the brutal hangover you now sport.

Now that the fun is over and I’m left nursing my VMA hangover, a question remains: was the experience I gained worth it?

No-one understands the sacrifice-all pursuit of pleasure better than MTV, for whom it’s all about capitalizing on the twenty-first century desire to seize the here and now. As one of the most successful entertainment media conglomerates, MTV makes money around the concept of owning (and selling) an already fleeted experience, throwing normalcy through the window, and getting “absolutely fucking crazy,” to paraphrase VMA host Chelsea Handler. Carpe Shit Show might as well accompany the VMA insignia.

For these reasons, consuming MTV entertainment may provoke in viewers a waterlogged and fuzzy (yet stimulated) sensation that occurs as an side effect of pop music and culture overload. Symptoms include disengagement with reality, lack of judgement and taste, and general cerebral idleness. And, the most obvious symptom: excess laughter. The overall trip is akin to smoking a fat one and getting a little too comfy slunched on the couch, which is fun, sure. But it is ultimately destructive.

MTV can definitely deliver on their promise of insane/borderline trash entertainment and have in the past (Madonna/Spears, Kanye/Swift), but what they do not include in the fine print, is that participation in this world may require you to repress, or even disregard, the repercussions you’ll eventually have to face. And I’m not only talking about Kanye, who was clearly “the big black elephant in the room” last night. I’m talking about me, and you, and any other readers who may feel a little shitty – guilty even – about indulging in the VMA nonsense.

I bear my own responsibility for my VMA hangover, and realize it is entirely my fault for not being sober like J.R., who wisely popped on the mute and listened to the good stuff instead. No, I was straight chugging MTV last night, no doubts about it. And that kind of behavior can only be explained by an eager thirst I cannot, and would not, revoke if I could. I, too, haven’t had cable in over three years, so for the first time since I can remember, I watched this crap shoot from top to bottom; white carpet, red carpet, the endless commercials, the stupidity, the hilarity, the fashion, the talent, the brilliance and sometimes downright awe … all on full volume. No distractions, no holding back.

I also watched the VMA’s with a charmed 77 year old. There were numerous moments throughout those few hours where I had a lot of explaining to do, particularly regarding Minaj’s spaceage/throwback set (I also dutifully explained the historical significance of the appropriately homaged “Video Killed the Radio Star”), will.i.am’s painted face (he had to had to settle with a sighed “I don’t know…”), the madness over the sweetheart with a swaff from Canada that IS the Bieber appeal, and the Party boy signature move of letting it all hang onstage.

“Its a fantasy world…” he offered, looking at me expectedly. He’d nailed it. “There is nothing real about this…”

Initially I was offended by the comment, given how invested I am in popular culture. I wear on my sleeve a lot of respect for these artists — Eminem, Rhianna, Nicki Minaj, Drake, B.o.B, Florence and the Machine, and yes, even Bieber — each of whom got up in front of millions to willfully bear it all, fully aware that tweets were flowing in at a rate of 10,000 per minute, many of which were ruthlessly criticizing their every move, sometimes their very being. Everything’s up for discussion about a pop star, from the extra two pounds they might have copped form that blueberry muffin earlier that day, to more relevant matters of aesthetic opinion, like one tweet I read during Kanye’s performance: “auto-tune … what a fucking disgrace.” Even the most dedicated fans show no mercy, particularly when hunched behind their computer screens.

That tiny comment – MTV as make believe – had my mind reeling with questions. Is all this really just fantasy? And more importantly, is it really so bad? Well, yes. And no. The answer may be best explained by considering the weight of Kanye’s pressure (self-inflicted as it was) and his ability to overcome it all in the face of the haters were doubting if he would make it. Under all that weight, like a true pro, Kanye West pulled it off. Impeccably.

From the fly red suit to the vocal effects finale, the Kanye and Pusha T (Clipse) performance was excellent not only because I got a good and vocal “HA!” when he busted out the chorus of his Swift response: “Let’s give a toast to the douche bags!” But also because in all, Kanye and Pusha offered a much more refreshing performance (and tasteful, ironically), than the pathetically emotional, dead horse beating country ballad we were force fed by Taylor. Taylor’s performance failed because she cannot bring herself to accept what my astute 77 year old rookie commentator understood in a split second: this world is not real. No matter how right Taylor Swift may be about Kanye’s inexcusable behavior, we’re in MTV’s world now, and in this coveted bubble of escapism it’s the plain people who are the freaks. “The Real World” is their show, after all.

The strange, wonderful, and extremely frightening thing about MTV is that once we’ve all tuned in, we would rather laugh from within it and be entertained by it, fully immersed in its fabrication, than be reminded of what awaits outside it. Who is this Taylor girl to hate on Kanye for crushing her dream? It was funny, right? Don’t we get enough of real responsibilities, ethnical obligations, and problems in the real world? How boring of her. How rude of her to spoil our fun.

Taylor Swift is too real to play in MTV’s plastic world. She’s a glitch in the holodeck.

In a sense, the most brilliant construction on part of the VMA directors was the contrast drawn between the two worlds to which Taylor and Kanye belong. Different as they already are, Hip-Hop and Country that is, MTV managed to exploit their sonic, cultural, and ideological divergances to their fullest potential. Taylor’s performance, followed by series of clips from last year’s incident on a vintage TV, was set in a vintage southern country living room where she sat on a period sofa behind a vintage resonator guitar, wearing a white and lacy frock and looking thin and fragile as ever. She could have been the poster girl for all of America’s rural and feminine innocents.

Slap this against Kanye, who stood on a stark and bold red white and black stage at hip hop’s instrument of choice, the sampler. Alone, he triggered then looped a sparse piano lick that he flips rhythmically before dropping the beat. Enter: Ballerinas. At this point he owns the stage, pulling himself around the empty and circular space, bending and jerking to more abstract rhythms he manages to physically unearth from the steady 4/4 meter. All amongst and between the ballerinas that float around the minimalistic set.

Then Pusha T came out and dropped a solid verse, as Kanye acted hype man and triggered “Who gotcha!” samples that had me sitting on edge, hoping like hell Pusha T would be able to wade through the angular – and clearly too loud – samples he was triggering. But Pusha didn’t let up and neither did Kanye, and at the end of it all he sorta just spreads his arms in exhaustion, bows shallowly, and walks off. Nail in the coffin.

This, my friends, is my prized tchotchke, my bounty for enduring the complete ridiculousness of the VMA’s (and the 2010 Kanye revelations). It was none other than Kanye West who has made my guilty pursuit of pleasure somewhat justifiable. Two shivers and a “woah” later, I’ll never forget that performance, not only for the performance it was, but because that four minutes was a majorly overdue apex that has hopefully put a kink in a heavy onslaught of self-crises we have endured with Kanye over the past year. And, try as I did to escape it all, I was right along with him as he faced his inner demons and saught solice in his music that he packaged in g.o.o.die bags and relentless twitter revelations.

Kanye has managed to get himself out of his VMA mess the old fashioned way: the relentless pursuit of forgiveness. Yet instead of boring our socks off with tears all year, he’s managed to keep us vividly entertained during his path to redemption rather than lectured, or worse yet, uninterested. But if you’re like me and hope Kanye has a bit of controversy left in him yet, VMA or otherwise, take a pill because he “always find something wrong…”