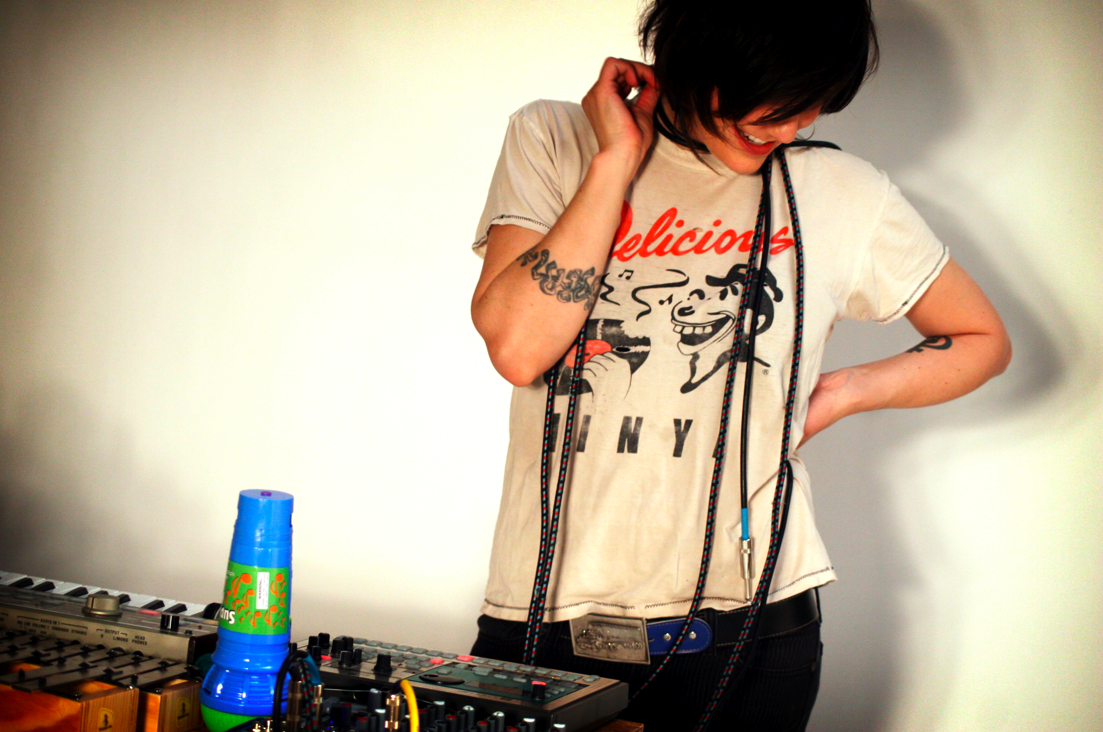 If you’re like me and believe that cover songs should less often emulate and more often re-invent, then DIG THIS. This outstanding cover of Biggie Smalls’ “Juicy” is from Texas born Emily Wells’ record Dirty, (Creative Control) a six-song EP she released in 2009.

The only thing Wells retains from Biggie’s classic in this stylistically eclectic cover is Big’s general rhythmic flow (although she cuts it down to about half the speed and delivers it more melodically), and the lyrics. The rest becomes sounded out as hip-hop translated into Wells’s own–and it most certainly her own–musical language. The track opens with an pitch bending violin (her main instrument) that loops throughout the track she rap/sings over, layering dissonant harmonies in vocal overdubs of herself.

“I know not everyone is going to feel it because that song has such a place in a lot of people’s history,” Wells told SPIN. “But it has a place in my history too.”

Wells is a mysterious and notoriously independent chick known for working on her own clock, so I’m not really sure what she’s up to. If anyone finds out, drop it below.

Get it at iTunes