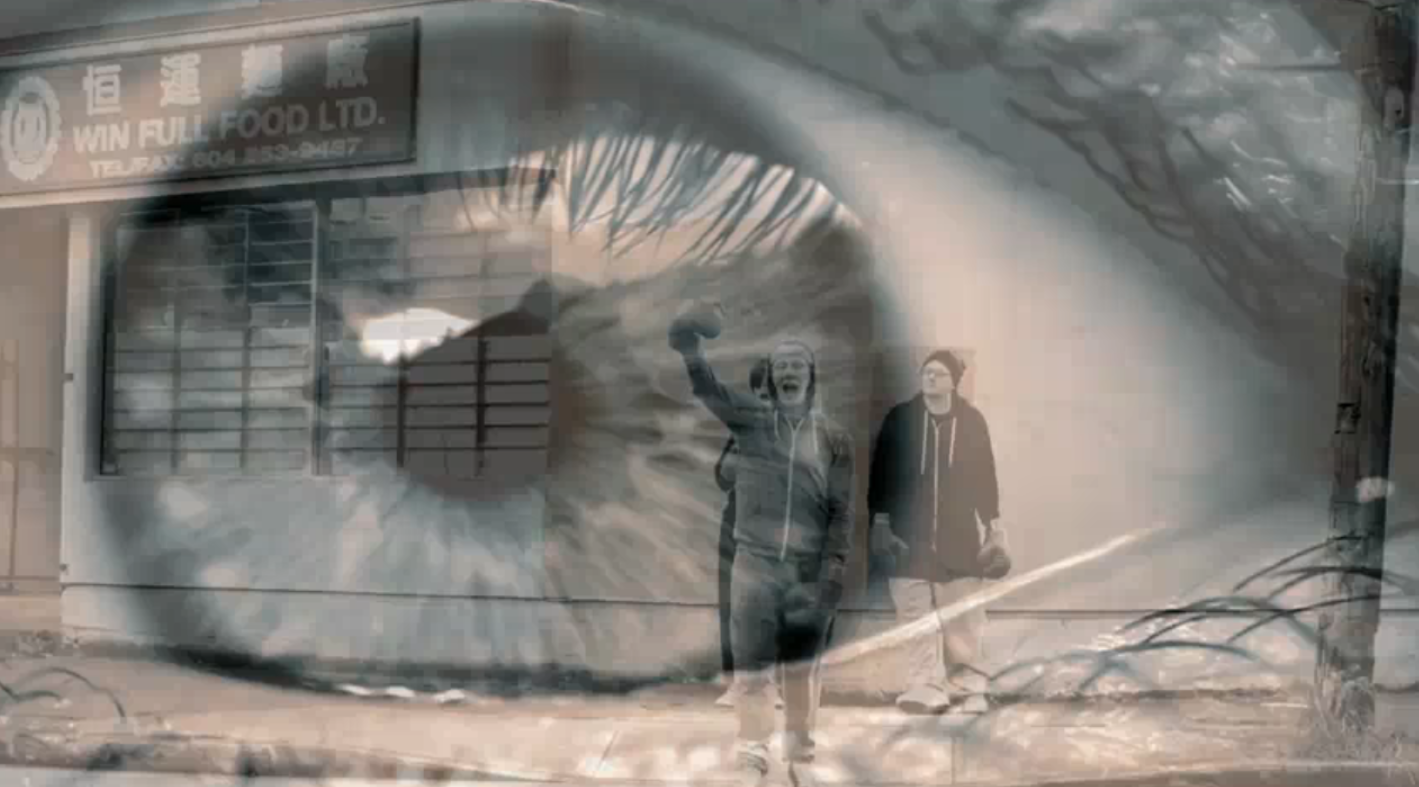 Pigeon Hole’s Dusty and Marmalade (Colin McCue and Lee Napthine) along with recent Juno nominee D-Sisive come hard with a new video for “Light Show”, which takes a home on their summer 2010 released record Age Like Astronauts.

The visuals are directed by Vancouver BC’s Stuey Kubrick, who does a good chunk of the video production for Sweatshop Union. And Kubrick’s production is sweet, as the screenshot above suggests, so watch D-Sisive and my fav Canadian hip-hop left wings run around in sweats and gloves dip dip diving like athletic champs, then stopping to re-fuel at the local greasy spoon. It’s their time to champion!