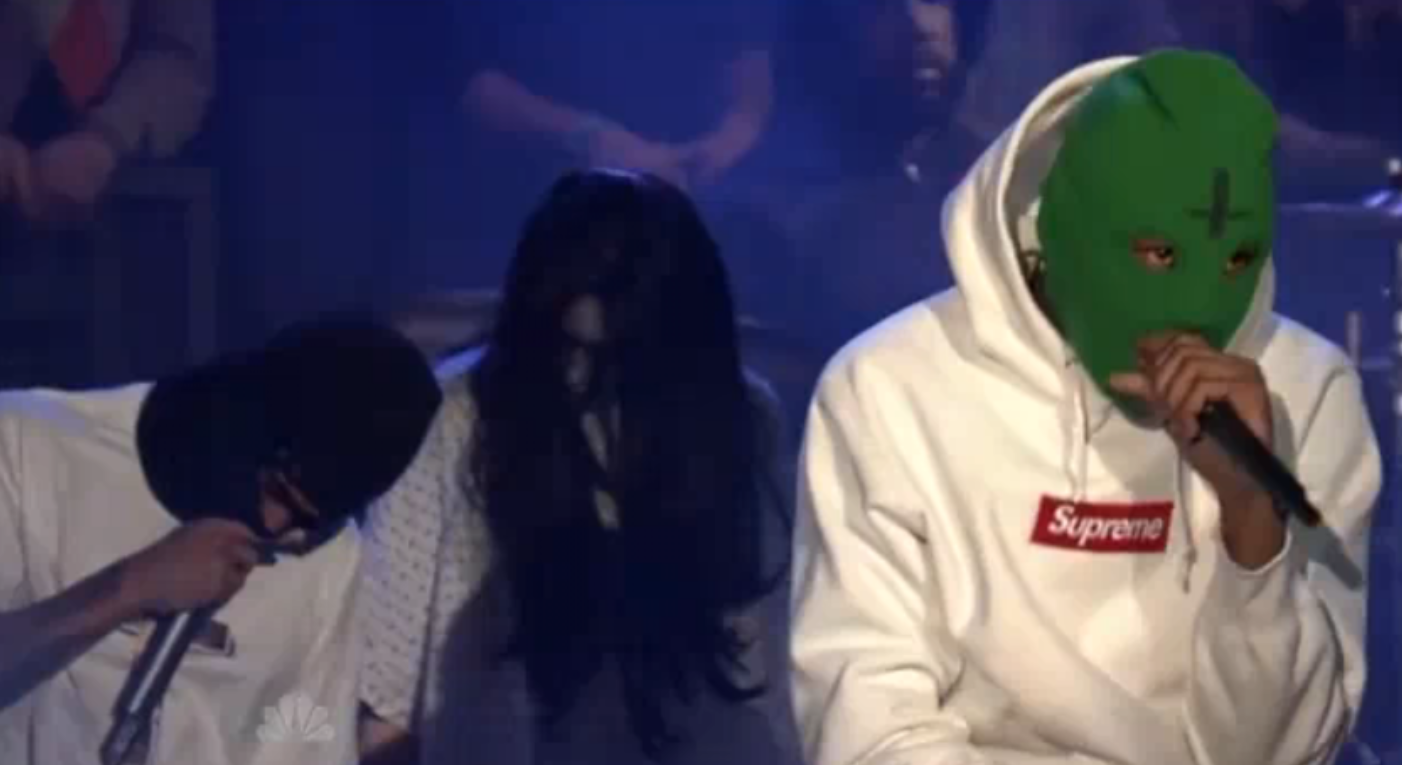 Andrew from Potholes pointed out this morning that the posts with the most hits over there today are “Tyler The Creator,” “Earl Sweatshirt” “MellowHype” “Frank Ocean” and “Domo Genesis,” proof that everybody is finally catching onto the Odd Future phenomenon. The final nail holding down the coffin lid was a TV appearance, and Jimmy Fallon was the braver of the lot– or maybe the one with the highest bid– that got to host a little chunk of history in the making.

The Roots played along with Tyler and Hodgy Beats for a sludged out “Sandwitches” (which is now available on iTunes), Mos Def shows up at the end yelling #SWAG! #SWAG! #SWAG! into the camera (recall Mos showed up to the very first Odd Future performance in NYC in a suave leopard hat though left half way through after muttering something about how they’re yelling into the mics too much), and after swarming around the set like a locust Tyler jumps up onto Jimmy from behind and piggy backs him till the credits roll in.

We knew this day was coming: “E’rybody hollerin’ n’ screamin out WOLF GANG!”

Click below to watch the performance. (And PS: scan that code with your iphone QR reader or Blackberry).