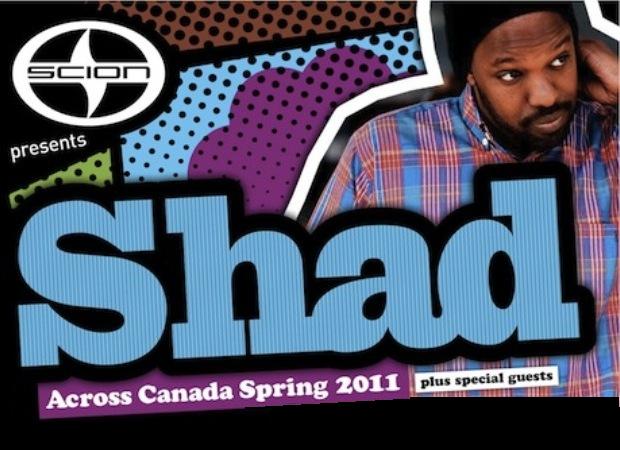 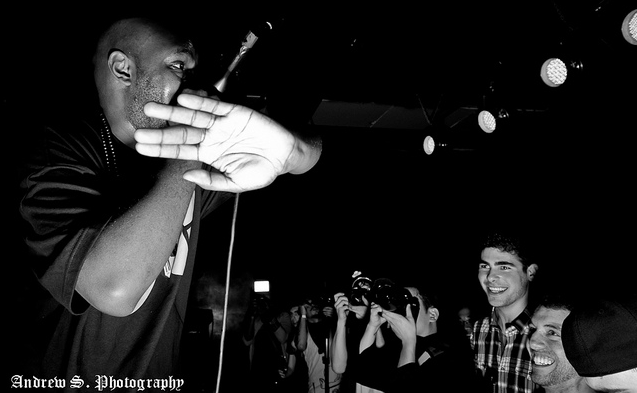 Thursday, May 12 in Toronto, London native and recent Juno award winner, Shad took over Wrongbar for a VIP performance presented by Scion Canada.

The Come Up Show was in the house to check out our local boy, and he did not disappoint. The night started with an opening set from indie rockers Miracle Fortress. Not your typical opener for Shad, but they did a solid job warming up the crowd nonetheless. Much respect to the ladies with the free hor d’oeuvres, that kept me well fed until Shad served the main course at 10:30.

The first half of the show included “Compromise”, “Rose Garden”, “Telephone”, “Yaa I get it”, “Rock to It”, and “I Don’t Really Like To”. The sound quality in Wrong Bar is usually bang on, but perhaps adjusting from Miracle Fortress to Shad was a difficult task, as most tracks were met with reverb.

Anyone who’s seen Shad perform before will know that wack sound won’t stop his high energy show. The coolest thing about Shad is his genuinely humble attitude on stage. He paused the show to explain the influence the 80’s had on his music, and then did his verse from TSOL’s “Call Waiting interlude” over his sister’s favourite beat, TLC’s “Creep.” After the 80’s set, he did a few more tracks including “A Good Name”, “Now a Daze”, and “We, Myself, and I“, which is such a hype song live.

Odario Williams from Grand Analog then joined Shad on stage and got a huge crowd response when he announced ”Hip hop isn`t dead, they just ain’t heard Canadian hip hop yet. ” The two emcee’s then performed his crews track “Electric City” and Shad’s “The Old Prince Still Lives at Home”.

To close out his set, Shad dedicated “Still Shining” to his momma, and then did his new track, produced by Skratch Bastid “Give You All I Can” as his encore.

Check out Andrew Stephenson‘s camera work below in our gallery.