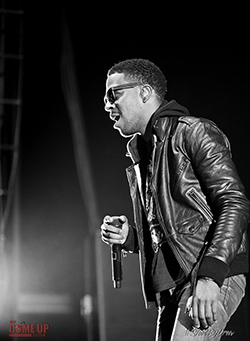 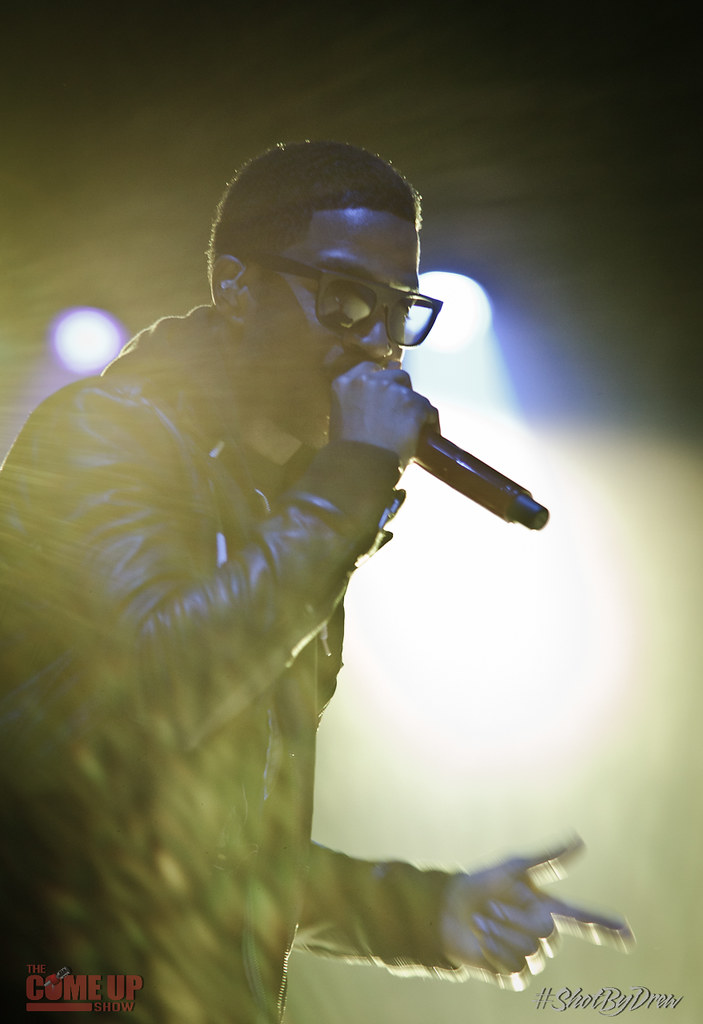 With a previously cancelled show that was originally scheduled on July 30th 2011 one day before the popular sold out OVO fest by drake, and a month jam packed with more than enough hip hop concerts to choose from in Toronto, many including myself were a little skeptical as to whether kid Cudi, Aka Mr. Rager would be able to deliver to an audience and city that has been spoiled over the last few months with hip hop concerts. Then I realized as I looked out into the adolescent; skinny jeans, hoodie wearing crowd this isn’t your typical “hip hop concert”.

Despite being signed to one of the most influential hip hop artists and crews of our time in Kanye West and the G.O.OD music camp. Kid Cudi is not your typical “hip hop” artist, and branding him as such would be a great disservice to him and his style of music, which doesn’t seem fit into any one type of genre of music. With a sound that goes from dance pop, like the David Guetta produced “memories” to rock influenced “erase me” kid Cudi has his own lane infusing rap lyrics, electro pop, punk rock and hip hop all into one jam packed show. 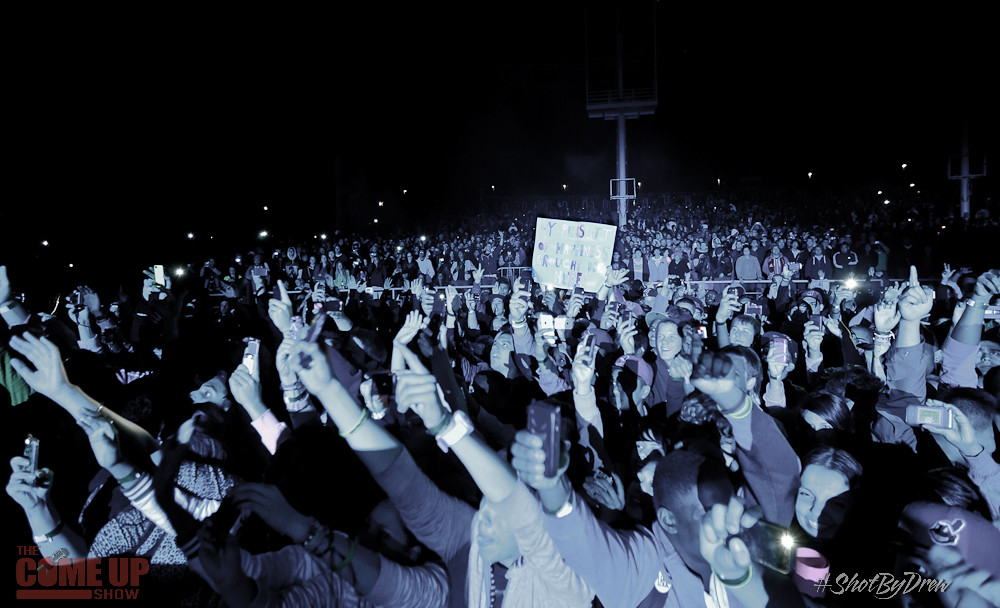 With a simple black backdrop, stock stage lighting and a microphone in the middle of the stage Mr.Rager kept the props and elaborateness to a minimum. Armed with only a drummer, guitar player and a dj/keyboard player and no hype man, Mr. Rager commanded the stage, opening the show with the crowd pleasing sing a long track “Revofev”, with the crowd waving and singing along word for word, Cudi kept the energy going by performing the standouts “Ashin kusher”, “Scott Mescudi vs. The World, “Marijuana” and “Erase me” off his latest album Man On The Moon, vol. 2 The legend of Mr.Rager .

As the night went along Cudi kept the crowd engaged with his wit and sense of humor between songs. Explaining why he was late and the reasoning for why the original show was cancelled in July. As he was told by his doctor to take some time to rest and slowdown from touring before he burned himself out. 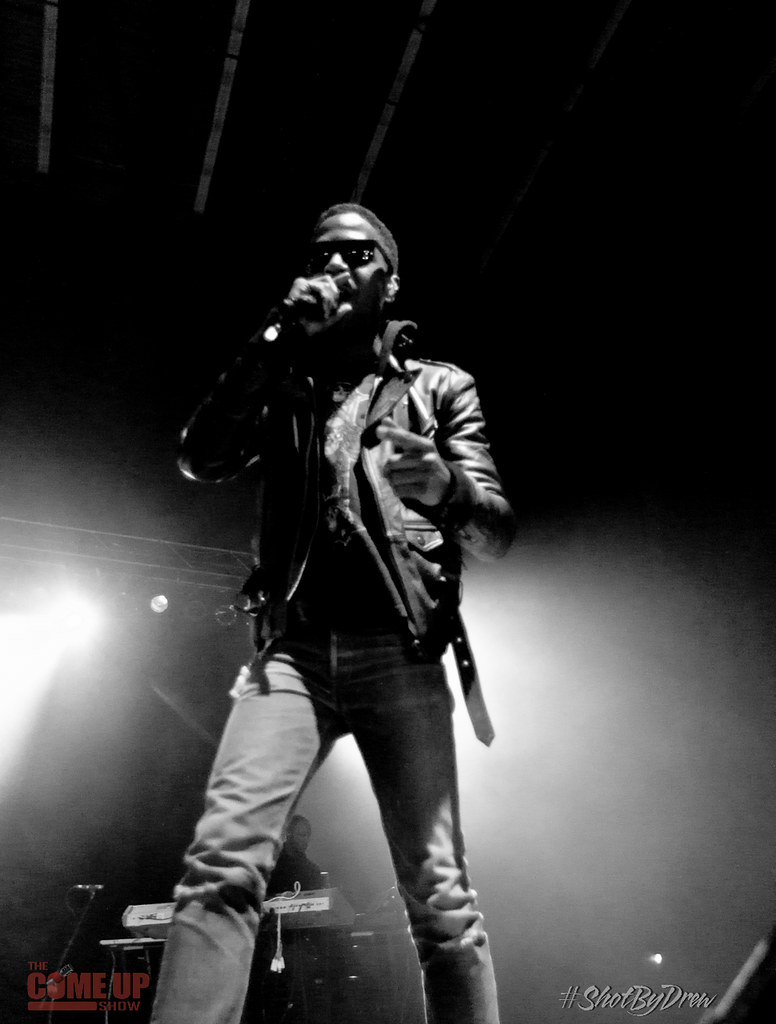 Leading into the second half Cudi brought out his protégé Cleveland rapper Chip Tha Ripper out for a second time to perform choice cuts of his mixtape “the Cleveland show” and “Gift Raps” that he didn’t have the opportunity to perform when he opened up the show for Cudi earlier. Having performed in front of a smaller crowd that was trickling in earlier in the evening during his performance, Chip was trying to gain maximum exposure in front of a crowd that was energized and attentive for the man they came to see. A thoughtful gesture by Cudi at the time but, an idea that didn’t mesh well with a show that was going smoothly already. Although performing a song they both are featured on, as well as Cudi serving as hype man for the duration of Chip’s performance, the crowd began to seem disengaged and restless as most people began to sit down and chat amongst themselves. Sensing that he may be losing the crowd, Cudi took over the reins to regain momentum and began to recapture the shows energy by switching things up.

To keep things moving along smoothly Mr. Cudi switched gears to another level by turning it into a dance party by performing Kanye Wests “All of the lights” in its entirety, covering kanyes lyrics, and mastering his mentors presence and enthusiasm with blaring lights in the background, Cudi began to regain the crowds confidence in him to continue to deliver a great show. Feeding off of the crowd’s energy he went into the David Guetta produced dance track “Memories’ and the popular dance version to“Day & Nite” (crookers version) jumping and dancing across the stage fist pumping in tow, at this point making it feel Like a club scene on the jersey shore. 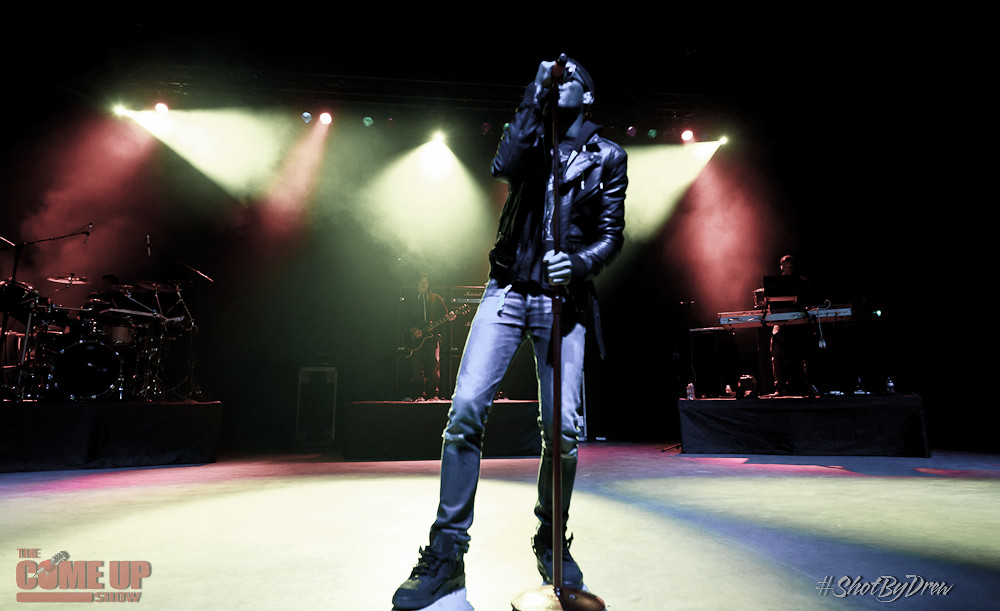 In coming down from performing a high impact dance set the show began to wind down with Cudi giving a heartfelt story of his beginning roots in Cleveland performing in front of small crowds in the early stages of his career, he then began to give a special shot out to Toronto as being one of the first cities to embrace him and his music at the start of his career. He then fittingly went into the song “the pursuit of happiness’ to close out what was an entertaining, high energy show.