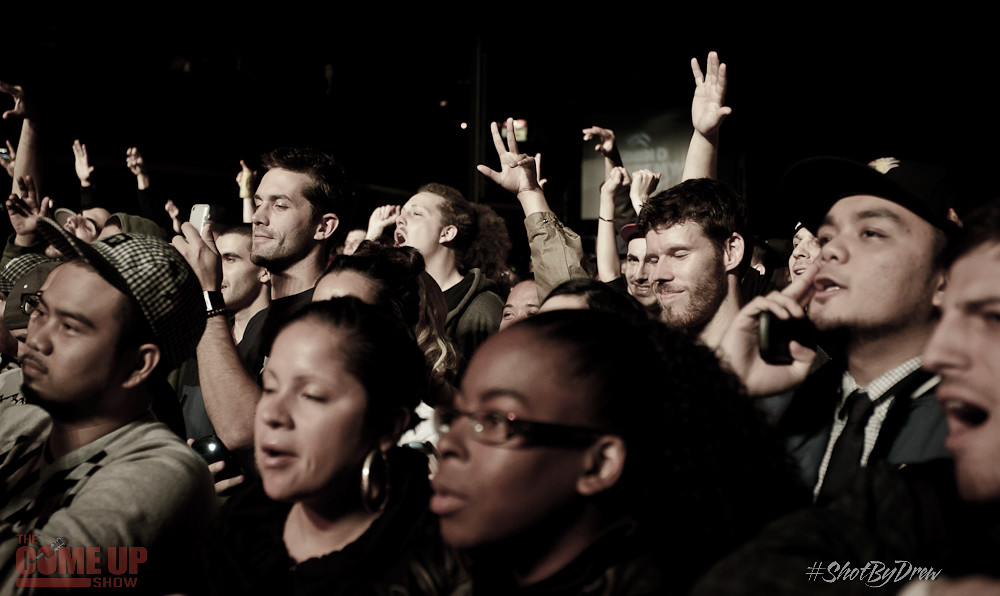 On a wet and dreary Wednesday night in Toronto, “East Coast Representaz” The Boot Camp Clik touched down at Sound Academy to heat things up and perform as a part of the 11 day Manifesto Festival. Members Buckshot, Sean Price, Tek and Steele of Smif N Wessun and Evil Dee all performed their respective hits and fan favourites from their extensive catalogue to an amped and eager Toronto crowd.

The night started out as most Toronto concerts do with local opening acts performing in front of larger crowds they may not get the chance to perform in front of. The first performance was from Toronto emcee Richie Sosa. A strong performance with the MC giving a lot of energy and enthusiasm, unfortunately it was marred by technical difficulties; microphone cut outs and low sound. All the same he was a trooper and kept things moving, not letting anything hold his performance back.

Next up was “The Monolith” comprised of too many emcees to list in one post, coming out almost ten Emcee`s strong to perform their classic Toronto tracks. Their performance definitely got the crowd energized as each emcee had a microphone and something to say. A lot of jumping and rhyming across the stage kept me and the crowd entertained for the most part. Standouts “T-Dot anthem” and “Dear hip hop” brought back memories of the old Rap City and Xten-da-mix with Master T definitely a throwback to the 90’s era of Toronto hip hop. 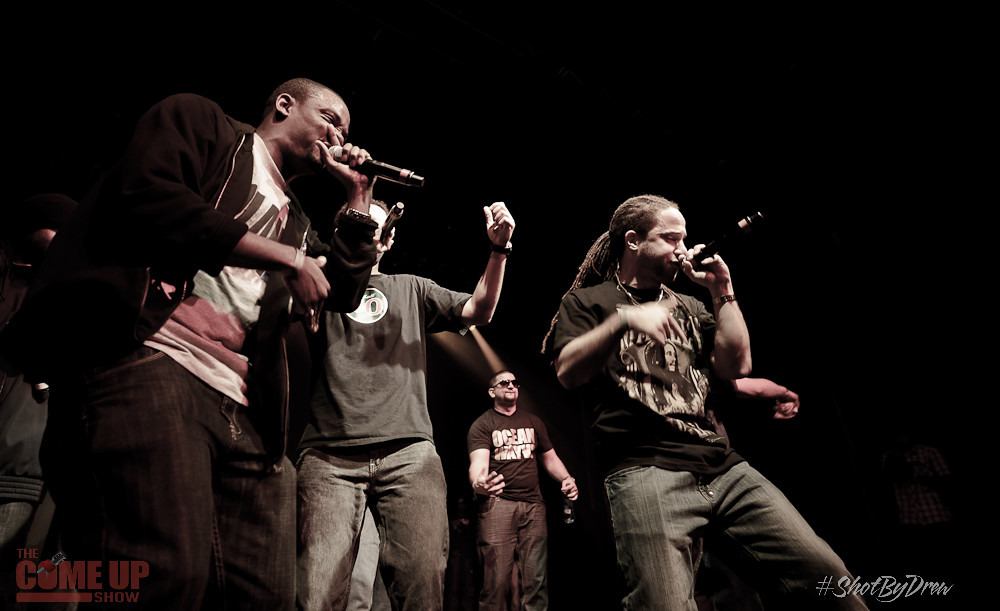 The final opening act was emcee PROMISE, A talented artist which I must say, until that night was an emcee I never really heard much about. To start the MC rhymed over popular hip hop instrumentals then went into his own original music. His set did seem to run a little long as he performed over 6 songs with 3 guest features, But as I and the crowd later learned the MC is heavily endorsed by members of Boot-Camp clik which properly gives reason to his extended set. 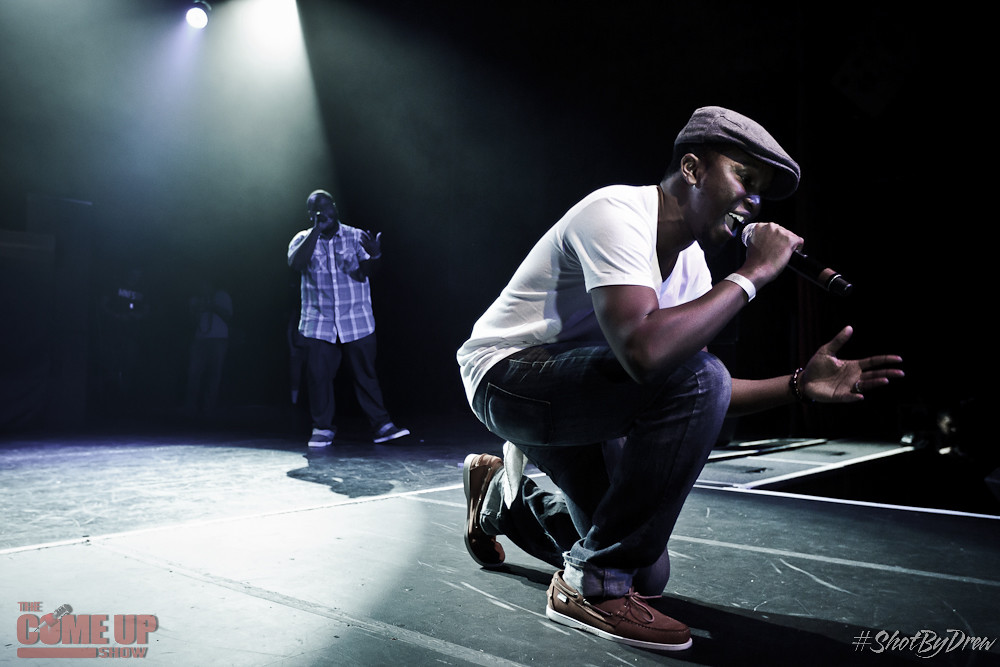 By this time the night was increasingly becoming late as it was close to 12:30 am and no Boot-Camp members were in sight. With three opening acts and extended breaks between each of them, I and the crowd’s patience began to wear thin. Grumblings and sighs began to fill the room, when without warning the lights go low and a large man in a white t-shirt and dreads appears behind the DJ set up. With cheers filling the room and a bright spotlight shining on the stage Evil Dee came out to warm up the crowd on the 1”s and 2’s.
With the crowd warmed from the mini DJ set by Evil Dee, out comes Sean Price rocking a blue rugby polo and fitted cap standing in front of the stage ripping into tracks “king kong”, “street shit” and an acapella version to “shut the f&$@# up”. Teasing the crowd with first verses and intermittent pauses Sean P came to perform. 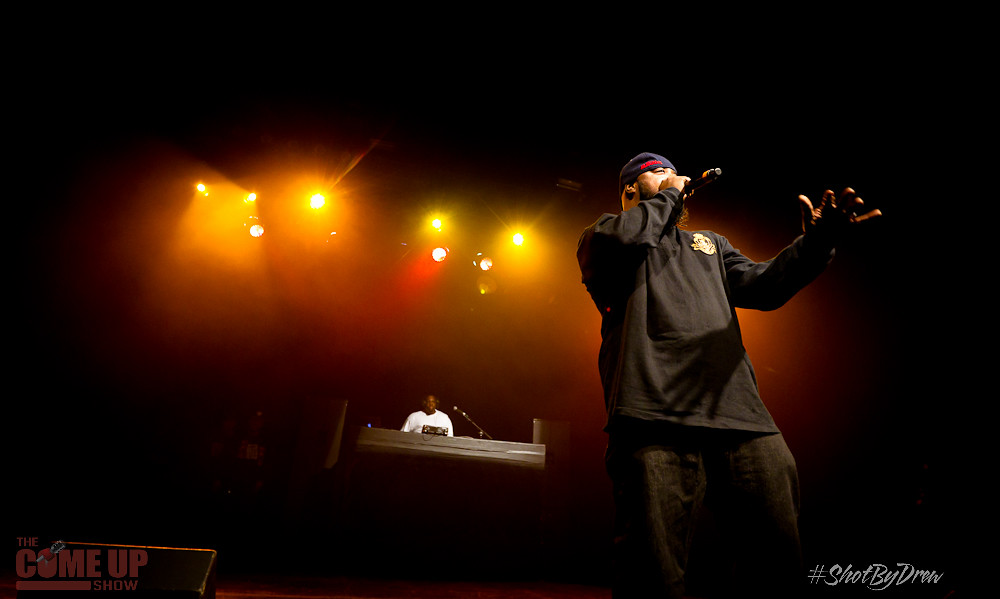 Out next were “Tek” and “Steele” of Smif and Wessun. Both emcees came out with high energy to start their performance, however as they went into song after song I couldn’t help but notice their chemistry seemed a little off. Once or twice I noticed one or two of their cues were off and at some points each emcee would go off to do their own thing without assisting the other with ad libs or back- up vocals. A minor drawback from their performance, but nothing to take away from another wise strong set. Just a little thing I happened to notice. For me the standout was hearing “Black Trump” something about that horn blaze gets me every time.

Last but not least to step out was Mr. Bucktown, “Buckshot”. Being the veteran and leader of the crew it only made sense that he came out last to perform his many hits from over the years. Like a true performer he came out and established himself early. Interacting with the crowd, commanding the microphone, projecting punch lines and rapping clearly into the mic, he showed why he is still able to perform at this stage in his career. Giving the crowd and myself what we came to see, he wasted no time jumping into his hits from Black-moon and solo work he’s known for. Performing tracks “Crooklyn Dodgers”, “Enter da stage” and “How many MC’s” Buckshot did not disappoint, delivering what was the performance of the night. 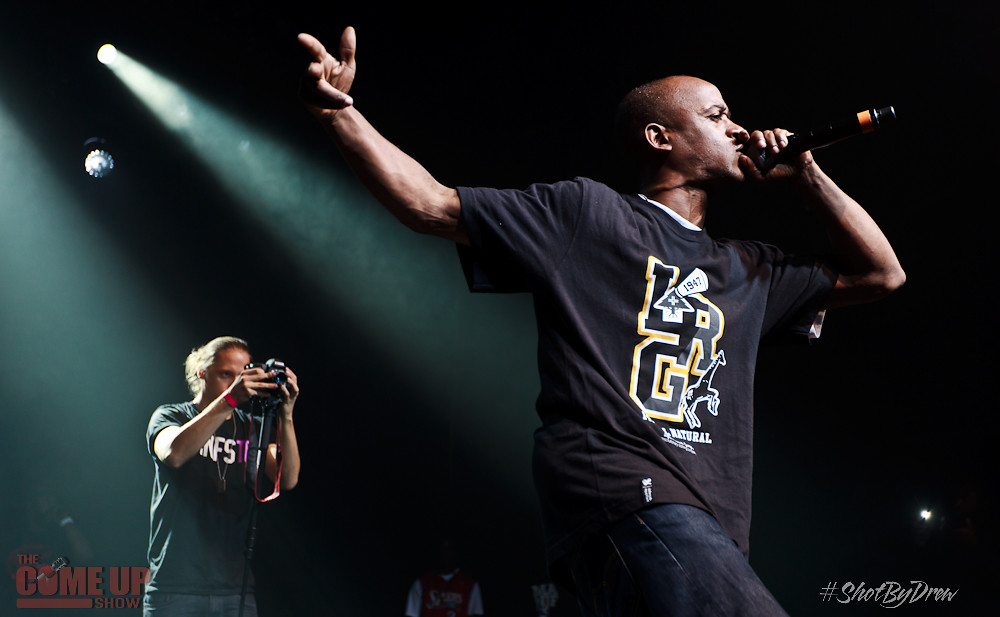 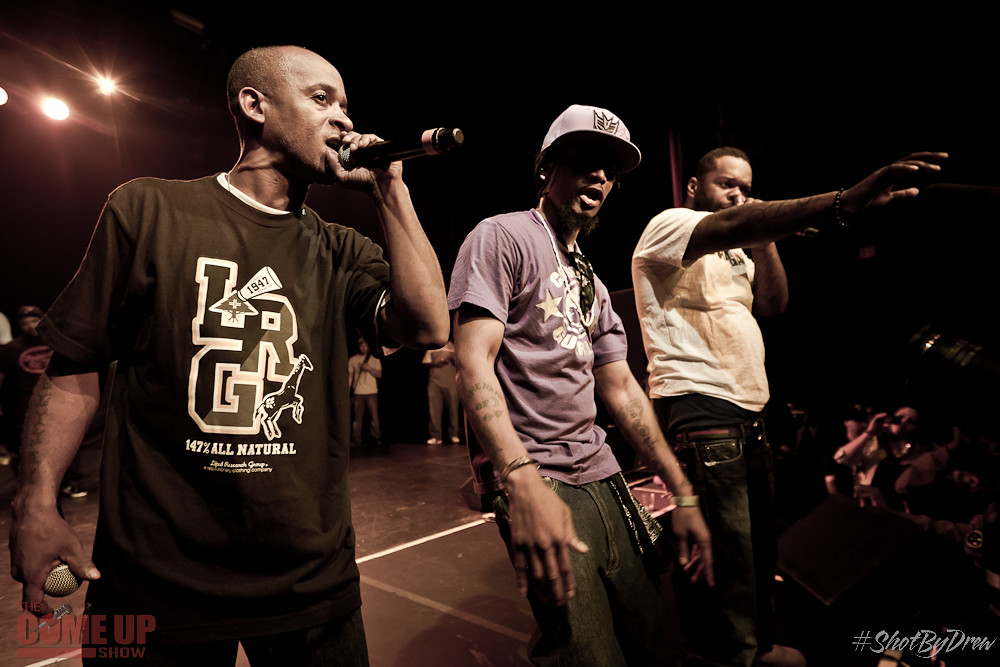