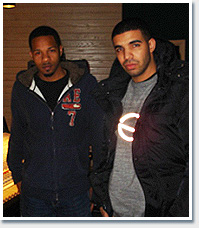 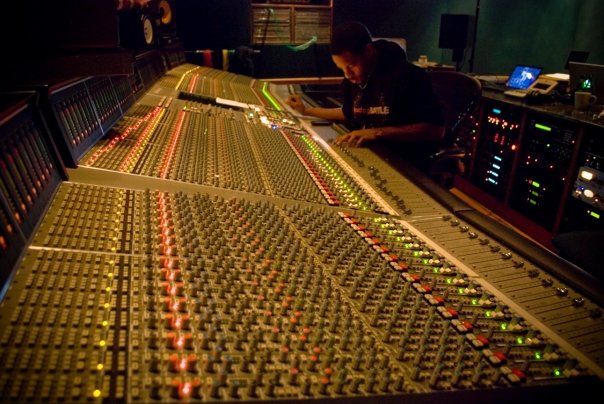 Noel Cadastre gets happier the harder he works. He crossed paths with Aubrey Graham and Noah Shebib while working at a recording studio in Mississauga. He was the only one willing to work an awkwardly scheduled late shift. Nobody who knew Noel would be surprised he was willing to work a last minute shift. Just as nobody can be all that surprised that he was then asked to go on the road with Drake and 40 to help finish what would become Thank Me Later. A couple million international sales later, he’s very happy these days.

Noel sat down with The Come Up Show to geek about studio gear, the upcoming Take Care, and offer insight to working with one of the biggest artists of the decade so far.

TCUS: How did it work out that you would start working with 40 outside of Metalworks Studios? What records have you been involved in since?

NC: Well the short form is: When Drake was recording Thank Me Later they were running out of time because his tour dates were starting. They still had four unfinished songs, two days before our last session before the tour… they asked me if I would go out on tour for two weeks to help 40 finish the album. Obviously I [agreed], took two weeks vacation from Metalworks and went.

Noel’s two weeks became three and his vacation became permanent after being invited on board by 40.

TCUS: What takes up most of your working hours?‬

NC: Assisting in the studio for recording and production, working with the label, management and the rest of the team to facilitate the recording process when we’re on the road. I am considered first and foremost to be Noah Shebib’s assistant. He is really who I work for. In his absence I am Drake’s recording engineer. We are the only two people who record his music‬.

Noel would go on to assist with most of Thank Me Later, Lil Wayne’s “I’m Not a Human Being”, Rihanna’s “What’s My Name”, Alicia Keys “Unthinkable (Remix”, Jamie Foxx’s “Fall for Your Type”, Rick Ross “Made Men”, Chris Brown’s “Deuces (Remix)”. I’ve been in the studio with Lenny Kravitz, Florence from Florence and the Machine, Rihanna and the list goes on.

NC: It has been pretty good so far.

TCUS: A lot of people are interested in or get involved in the music because of the perceived enjoyability of the entertainment business. What got you into music and why did you keep at it? Is it still fun?

NC: I got into the music because of music. Nothing more, nothing less. I love music end of story. [There is] no other motivation, it will always be fun as long as I love music. I believe everything else is as a result of that love and passion; everything else comes after the love‬.

TCUS: Do you ever have to remind yourself how awesome your job is when it gets tricky? ProTools crashes and deadlines… etc.

NC: Never. I’m a strange person. I thrive on being challenged, I shine in what some people consider the worst situations I love fixing shit that seems unfixable!

TCUS: Do you consider yourself as part of the production team?  Are you technical or creative or both?‬

NC: I consider myself apart of the team period. I’m definitely tech support more so than anything else but it goes beyond that. To make music the way 40 and Drake make music, everything comes into play.

TCUS: How do you mean?

NC: [Everything] from the temperature in the room, to who’s in the room. In some ways I just assume the responsibility of being the assistant facilitator/protector of their creative process and that’s just something I try to do but was never asked. I try to pay attention to the things that they both enjoy in the studio and just make sure that no matter what city we’re in I can provide them with a similar creative environment that we enjoy at home in Toronto.

NC: I really love where we work at home ‘cause it’s home. Outside of that I would have to say a studio in LA called Marvin’s Room.

NC: Yup, it was truly amazing.

TCUS: What blew you away about it?

NC: Just the history in the room, the legendary gear and who had used it.

TCUS: Is there any piece of gear that you or 40 can’t live with out?

NC: No… but we all have our preferences, we generally work with what’s available to us.

TCUS: Can you tell me what the preferred vocal chain is? Or does it change per situation?

NC: It definitely changes often. We record a lot on the road and some times all we have is a hotel room, MacBook Pro and an Mbox. In a perfect world [Neve] 1073/[Neumann] U87 or [Neumann] U67.

TCUS: One of my favourite John Lennon quote’s is “I’m an artist, and if you give me a tuba, I’ll bring you something out of it.” It seems like you guys operate on the same belief.

NC: Exactly. I said I like to be challenged and that is a good challenge to have.

TCUS: A lot of people who start as assistant engineers evolve into other roles in the music industry. Do you have your eye on anything specific in the future?

NC: No, not really. I believe in letting everything happen organically. I’m really happy with what I have accomplished thus far… I’m happy with where I am in this family right now. I really can’t ask for much more at this point. If this role turns into something else then great.

TCUS: To an outsider looking in, one of the incredible things about the Drake story is the sheer amount of confidence that everybody involved seemed to have had. From a kid on a corny (but awesome) after-school show to a DJ Smallz-sponsored mixtape – through to Thank Me Later, there were a million moments when it must have seemed his dreams were a million miles away. Do you have any insight into how they kept at it for so long?

NC: This is where I take you back to the beginning of our conversation: We love music! Everything else just happens organically. If it’s something you can feel then, it has gotta be real, right?

TCUS: How amazing is Take Care going to be?

NC: Every time I think it cant get any better than it is, it does. Right now I’m just focused and excited about Take Care, Drake and 40 are brilliant and some of the best people. I know their music has become the voice and inspiration for so many and I am no exception.

Thanks to Noel for taking the time to chat with us.