On a cloudy October night The Smokers Club tour rolled through to Toronto’s Kool Haus complex to perform in front of a packed and shall I say “under the influence” crowd. With clouds of smoke filling the air from performers on stage and fans in the crowd sparking what we’ll call “medicinal medicine” at every turn, the environment was definitely living up to the title of the tour.

The night stated out as most concerts do with opening acts there to entertain the crowd before the main headliners come out to perform.  With over seven acts listed on the bill to perform including top billers Currensy, Smoke DZA and Method Man, one would assume that the opening acts would be your run-of-the-mill openers there just to fill a time slot, however this wasn’t the case here with standout performances from Corner boy P and Marcus Manchild keeping the crowd rocking for the beginning half of the show. 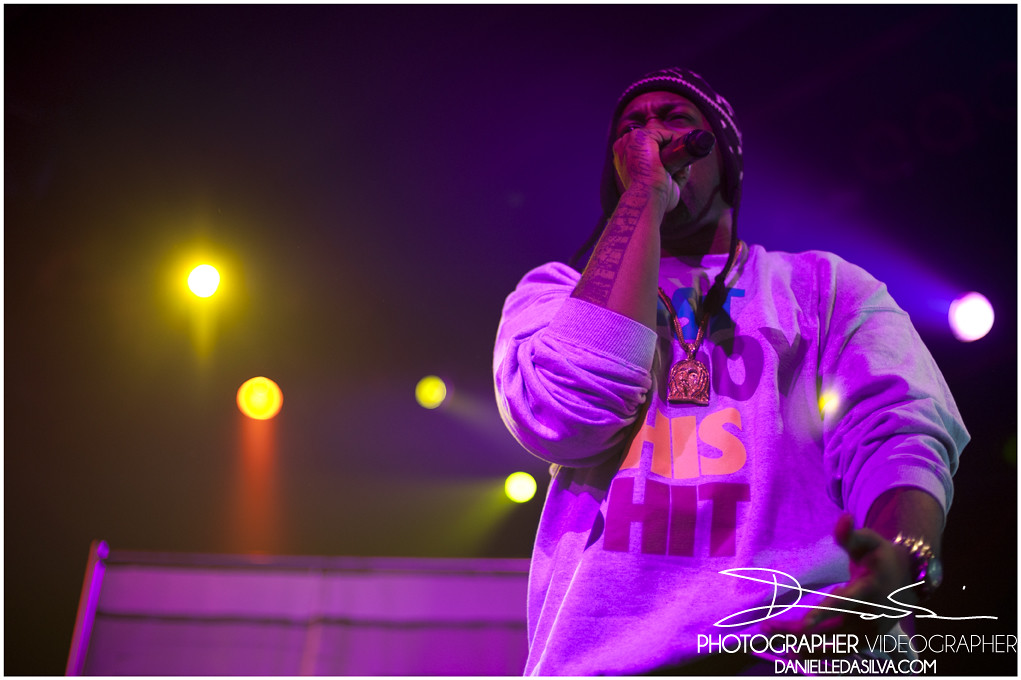 With a small interlude and the crowd becoming more eager as the night began to wear on, emerging from the background was emcee Smoke DZA to perform tracks of his substance abuse and the hustlers catalogue mix tapes. Keeping the crowd energized DZA came out with a presence of a seasoned vet, partaking in full puffs of medicinal medicine while still maintaining his flows on the microphone without missing a breath. DZA did not disappoint having the crowd join in the fun with him “lighting one up” and “blowing some in the air’ with him DZA came to represent for the smokers.

As DZA’s set came to a close the lights went to black with curtains covering the entire stage. With only the DJ spinning background music, smoke and chatter filling the air, the crowd began to become anxious wondering what was going on behind the scenes. A raspy voice begins  to chant into the microphone  “jet life, jet life” from the background, the crowd realizing that Currensy Spitta is on the microphone, everyone began to throw up their pinky fingers and thumbs in the air signaling for their jets to take flight. 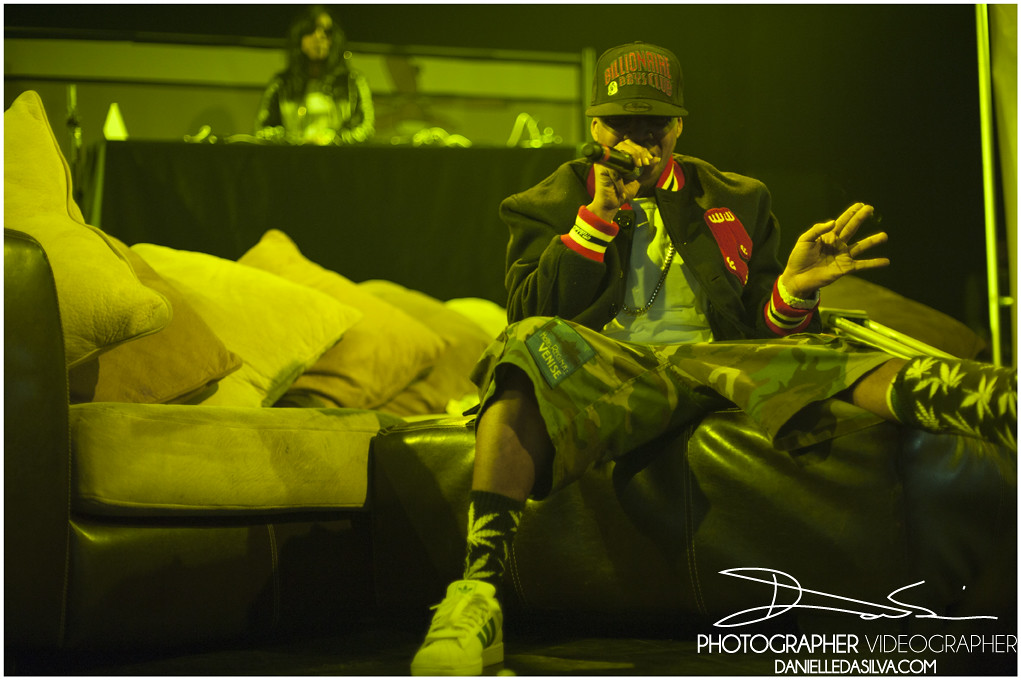 As the curtains are drawn, stage lights illuminating bright, an injured Curren$y is laid out on a sofa couch with an apartment background rhyming off classics from his catalogue of music.  The crowd singing along to standouts Michael knight, Famous and #Jets go, Curren$y did not disappoint. Despite having a handicap of a broken leg Curren$y made the best of the situation enjoying himself creating his own party on stage inviting a few women from the audience to partake in his make shift house party. 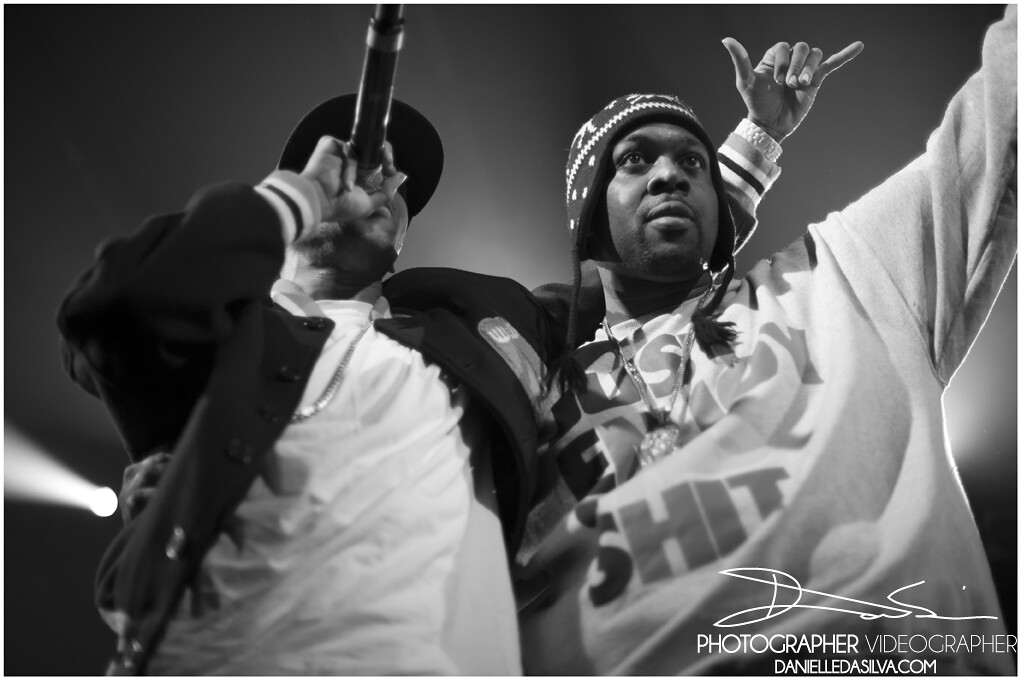 Not forgetting the crowd that was there to enjoy his performance, Curren$y got his crutches and a little help from Smoke DZA and hopped onstage to rhyme and interact with the crowd.  Being the ultimate professional, Spitta found time to make sure a fan who must have partied a little too hard got the proper attention he needed taking time for security to escort him away safely. 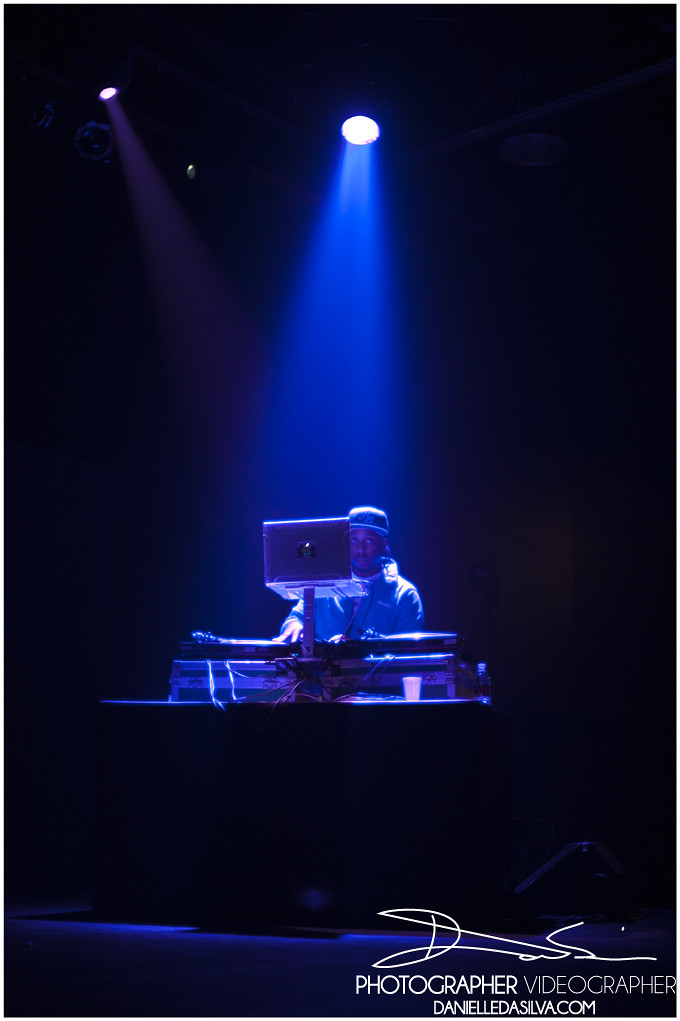 Even with a set that ran over an hour from Curren$y the night was not over with the main attraction Method Man still being anticipated by a pleased but not satisfied crowd. With an intermission running over an hour after Curren$y last hit the stage, I began to become a tad impatient wondering whether the star of the show would be coming out to perform.  Having been to a few concerts I can say that I was all too familiar with border crossing issues artists sometimes face performing in the great white north. Despite being mildly entertained by a mix set from Dj Agile, the crowd and I were beginning to feel a little more than irritated in the extended delay. 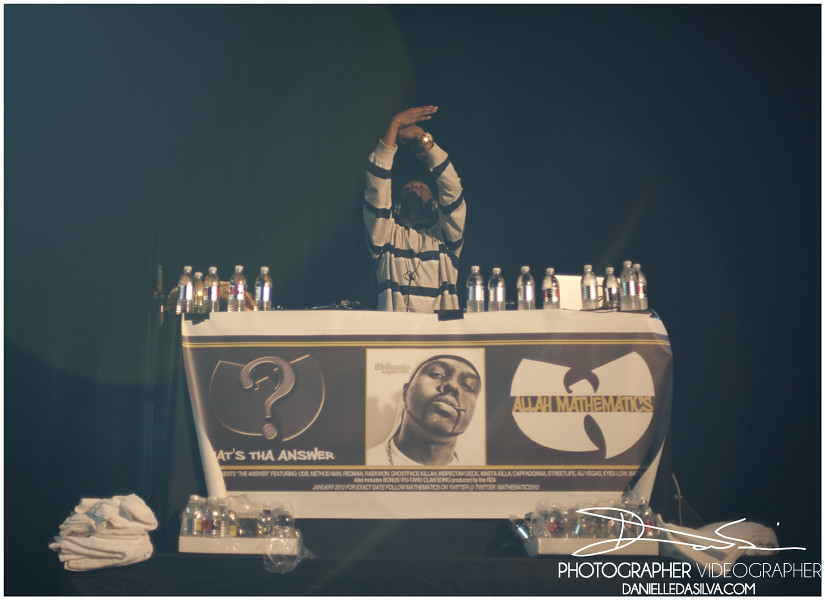 Then out of nowhere a second DJ emerges and begins to set up in the middle of the stage for what could only be Method Man’s DJ setting up. Recognizing it’s only a  matter of time before Method Man hits the stage the crowd begins to throw up with their hands with W”s in the air. Loud chants of Wu-tang begin to fill the air with the background music cutting out and only the sounds of chants and cheers filling the room.  Loud horns and the sharp bass line of Release yo delf begins to take over the crowd’s noise as Method Man runs out onstage to perform the standout track from his debut album Tical. 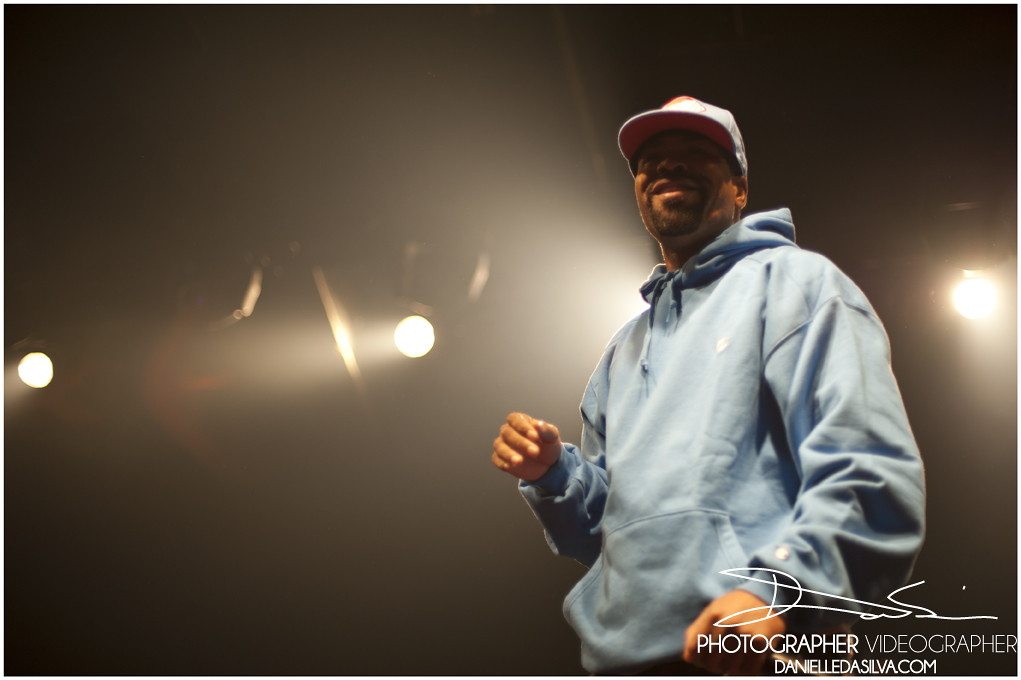 Dressed in a baby blue hoodie and matching baseball cap Method Man commanded everyone’s attention from the moment he set foot on stage. Running across stage, throwing water into the crowd and stage diving head first into the audience Mr. Meth did not waste anytime establishing his presence. Performing hits M.E.T.H.O.D MAN, Wu tang clan aint nothing to F”k wit, Ice C.R.E.A.M. and da rockwilder to name a few Mr. Meth made myself and the crowd completely forget that we were waiting over an hour to see him perform. Keeping his energy on full charge the entire set method man added to what was already a great show. Keeping every person in the building rocking with him, Method man let it be known that the energy the crowd gives him will be returned in the energy he gives in his performance. 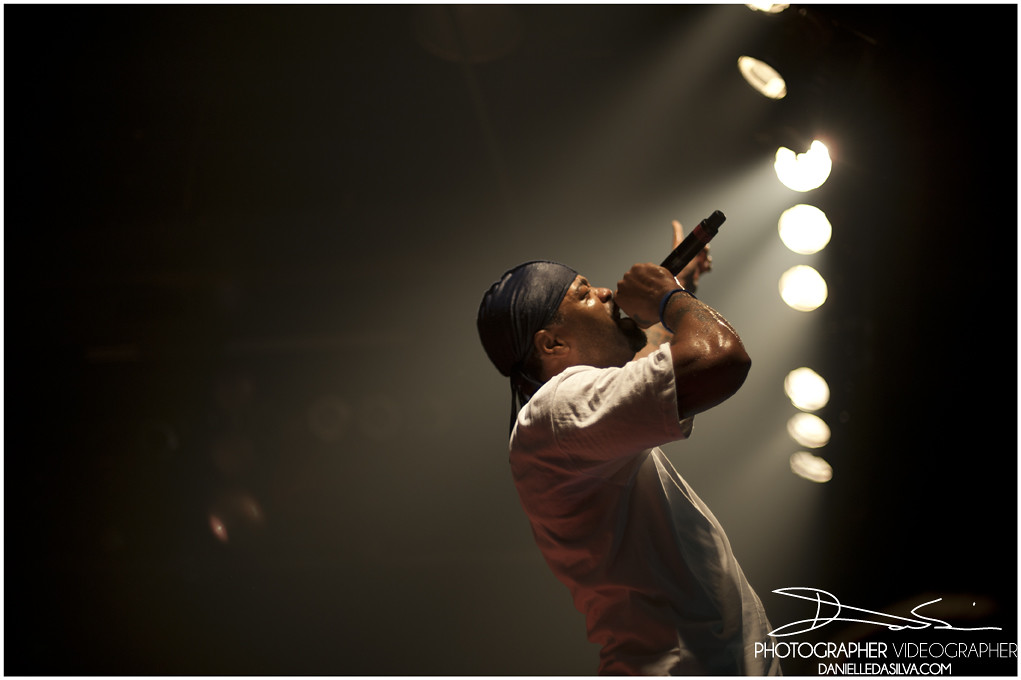 Having been to quite a few concerts and seeing tons of performers on stage I can honestly say this had to be one of the top two performances I have ever seen thus far.  To say that the show was crazy would be an understatement.  With a kid passing out in the front row, two female fans dancing on stage only to eventually get kicked off, to a mini mosh pit in the front section to Method Man standing literally on the crowd smoking a blunt to him threatening a crowd goer explaining to him that he has his own security to handle things, this show had it all; energy, dope music, crowd participation, comedy, action, and medicinal medicine smoke. The Smoker’s Club Tour was a great show I’m glad I didn’t miss.