Droppin’ Knowledge, Friday night at the Rivoli, was a hip-hop show in its purest form. 3 dope acts, an entertaining master of ceremonies, a great resident DJ, and a fun-loving, packed crowd all for the low price of $15. 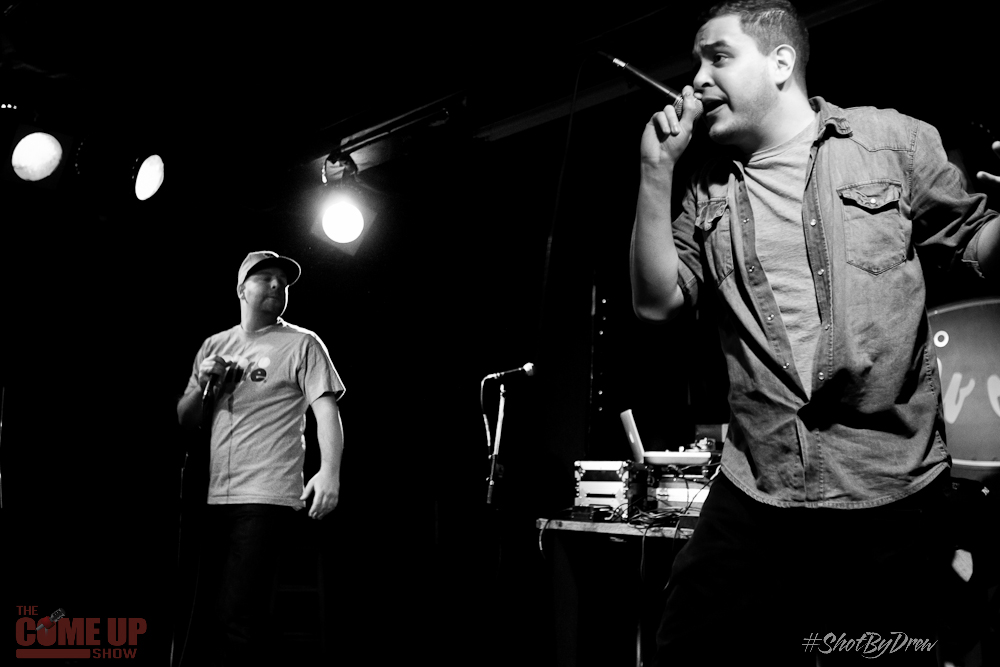 The Get By, fixtures in the Toronto scene, opened up the night. They recently released their debut LP Let Go, with features from Tona, Saukrates, Promise, Shad & Rich Kidd. These 3 homies always entertain, as you can tell hip-hop is a labour of love for them. Justis utilized the whole stage jumping around, trading verses with Mantis, as DJ Pangea Delphi rocked out behind the wheels. The closing track off Let Go, ¨Lift Off¨ was the highlight of their set for me. Such a dope jam!

In between sets, DJ James Redi kept the crowd rocking as he does at every Droppin’ Knowledge event. 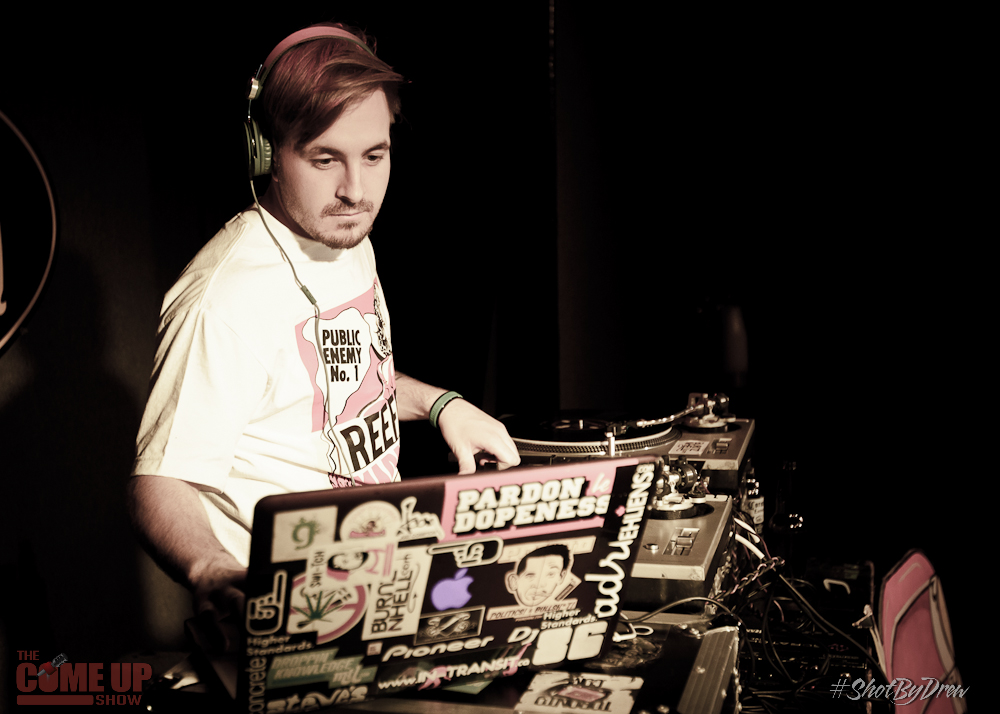 Next up, was the self-proclaimed Toronto-based futuristic boom-bap super group, Tre Leji. I’ve seen these guys’ rock cyphers around the city before, but I’ve never caught them live. I must say I was really impressed by their set. Another 3 man crew, these cats had nice beats, choreography that managed to avoid corniness, and rhymes delivered with a crazy energy that sadly gets overlooked by many modern hip-hop acts. Check out the JMC presents…Tre Leji project on their bandcamp. 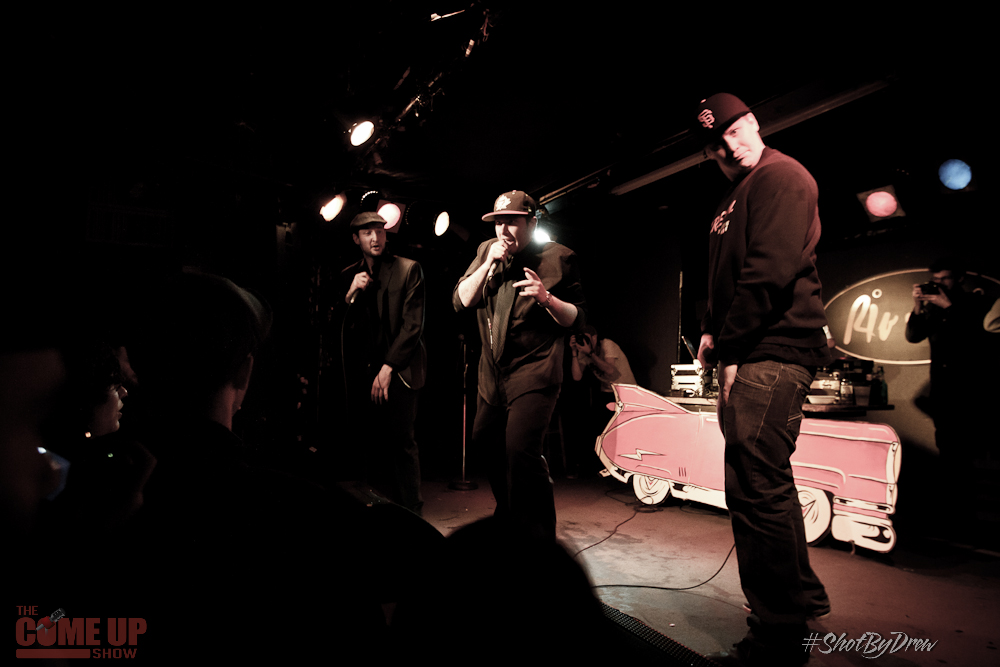 The headlining artists’ career has been on the fast track lately as a result of the release of, in my opinion, 2011’s best album, his debut LP Dr. Lecter. Not to mention a number of impressive features and an upcoming release Well Done on November 22, produced entirely by Statik Selektah. 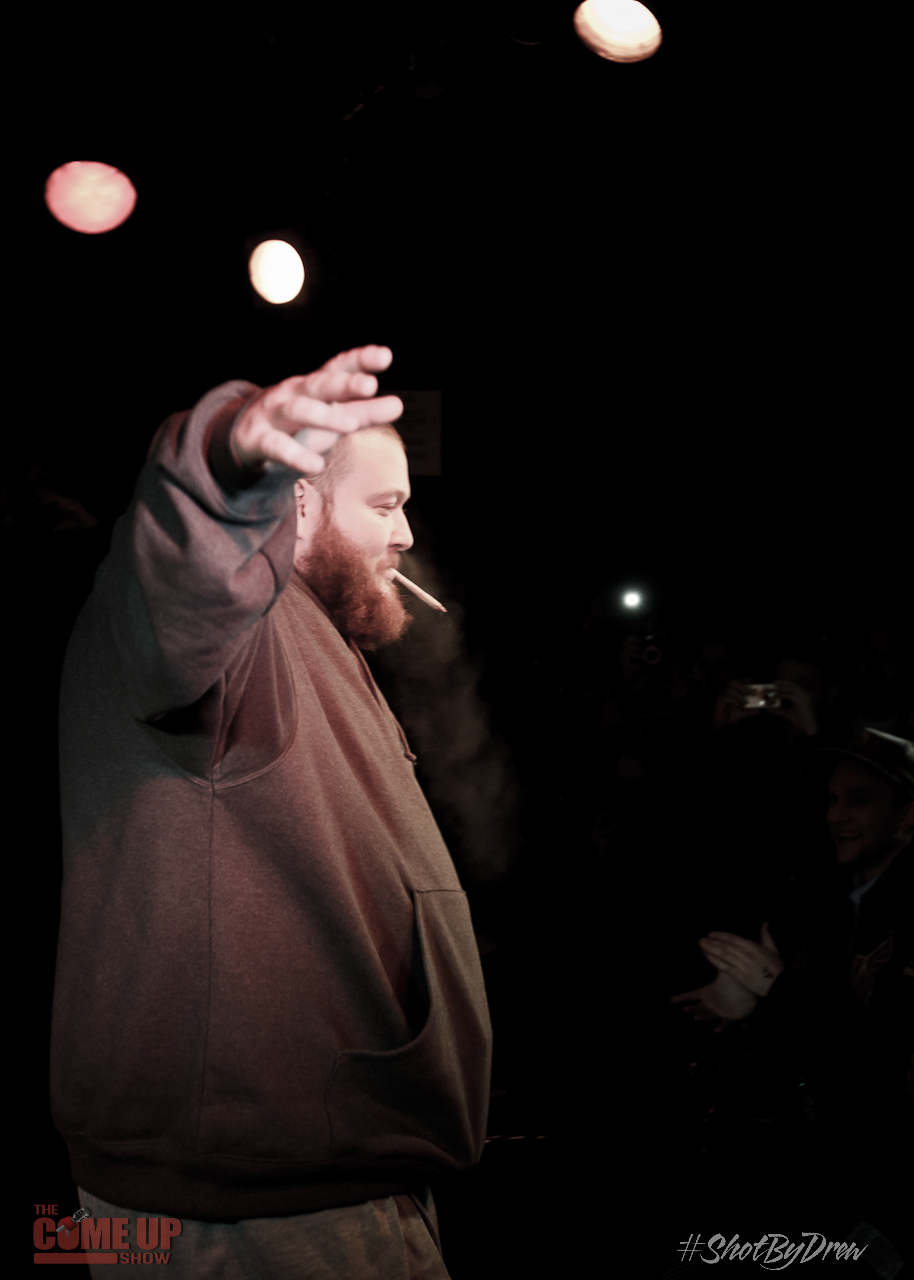 When Action Bronson took the stage it was reminiscent of the many wrestlers he lyrically references entering the WWF ring. The entire front row had their hands outstretched for high fives and Bronson stood beaming from the love and cheers of the crowd. His first track was “the Come Up freestyle” off of his J. Love mixtape Bon Appetit…Bitch. I wish I could give you a set list, but the show was too hype to not get fully immersed in the crowd. “Barry Horowitz” off Dr. Lecter seemed to be the stand out track, in the sense that the entire crowd rapped the first verse. I’m glad I was able to catch Bronsinelli in such a small venue, as I have no doubt his next trip to T. Dot will be at the Sound Academy. Do yourself a favour and order your album Well Done on November 22nd.