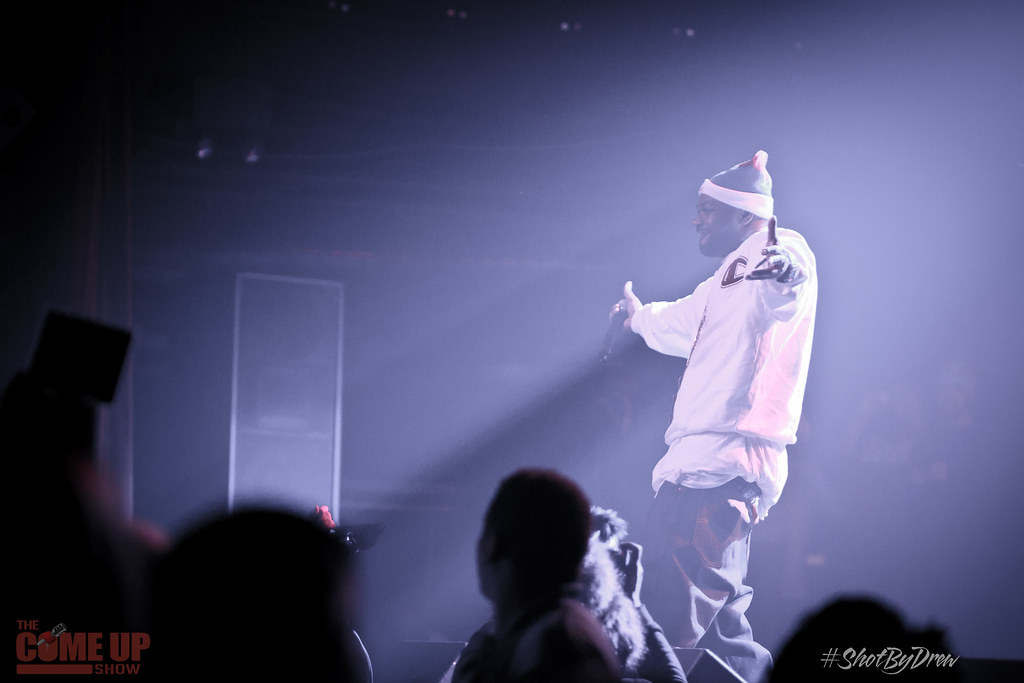 With over nine studio albums to his credit and noteworthy guest verses all over Wu-Tang’s catalogue of music, Ghostface killah arguably the most prolific emcee of the nine man crew touched down to Toronto’s Sound Academy on December 2. Presented by Union events, Ghostface Killah was there to rip the stage and re-introduce himself to his Canadian fans as a part of his cross country Canada tour.
Fifteen years have passed since his acclaimed 1996 debut solo album Iron Man was released and supported with a tour in Canada. Since then fans have been patiently waiting for his triumphant return to the great white north to satisfy their craving for soulful wizardry that has made Ghostface killah a legend in the rap game. 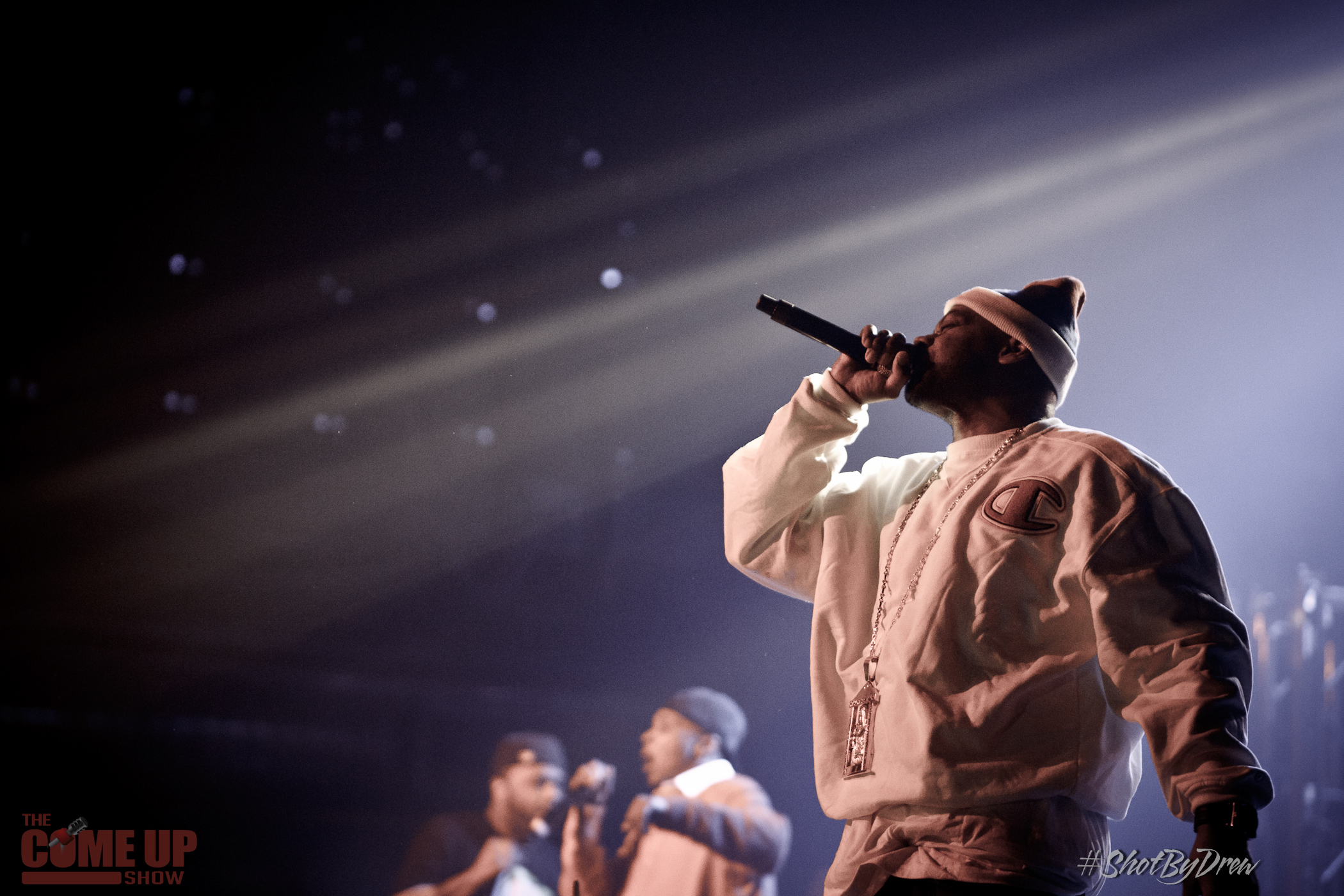 A capacity crowd was in attendance and the pressure was on for Ghostface to show and prove that he can continue his streak of great shows fans have heard about from earlier sold out stops In Montreal and Ottawa. Emerging from the background to a thundering baseline outfitted in a white leather jacket with red trimmings, jeans, and matching beanie, Ghostface wasted no time going right into the classics. Starting with tracks from the Wu catalogue standouts Ice cream, C.R.E.A.M, Daytona 500 and Mighty- Healthy got things started off on the right foot with the crowd excited celebrating his long overdue return to Canada. 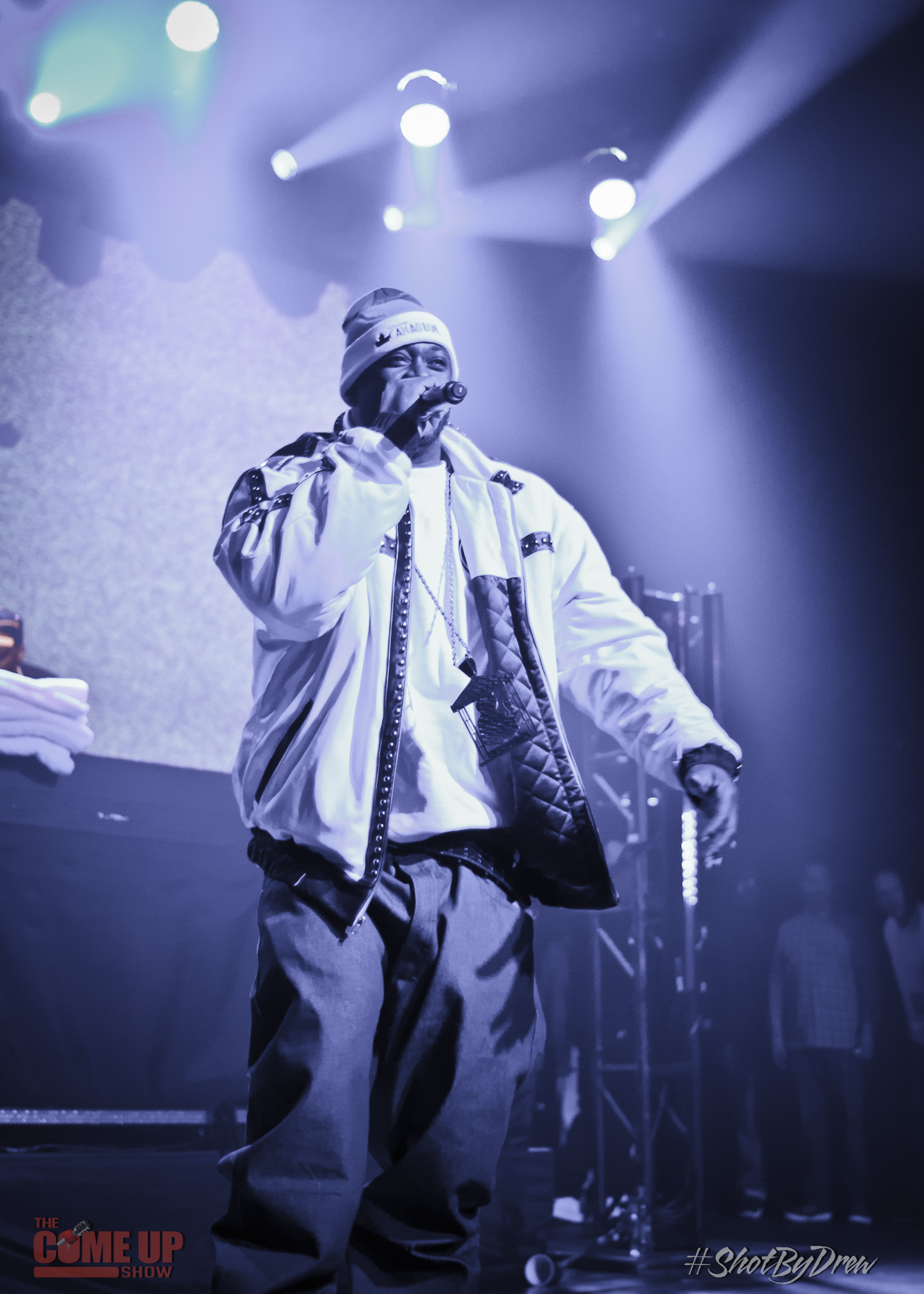 Being the charismatic entertainer that he is Ghost took time from his set to talk to the fans in the audience about the long road he’s been through to get to where he is as a veteran in the game. Thanking his Canadian fans for riding with him on his journey, and making his debut album Ironman go gold in two weeks in Canada, Ghost assured his fans that wouldn’t let another fifteen years pass before he sees them again. Keeping the audience engaged with his candor and humour Ghost reminded the crowd about his many aliases and that his rhyme sword is still sharp after all these years in the game.  He also took time to mention that the Wu is in the studio cooking up some new music for the people to enjoy. 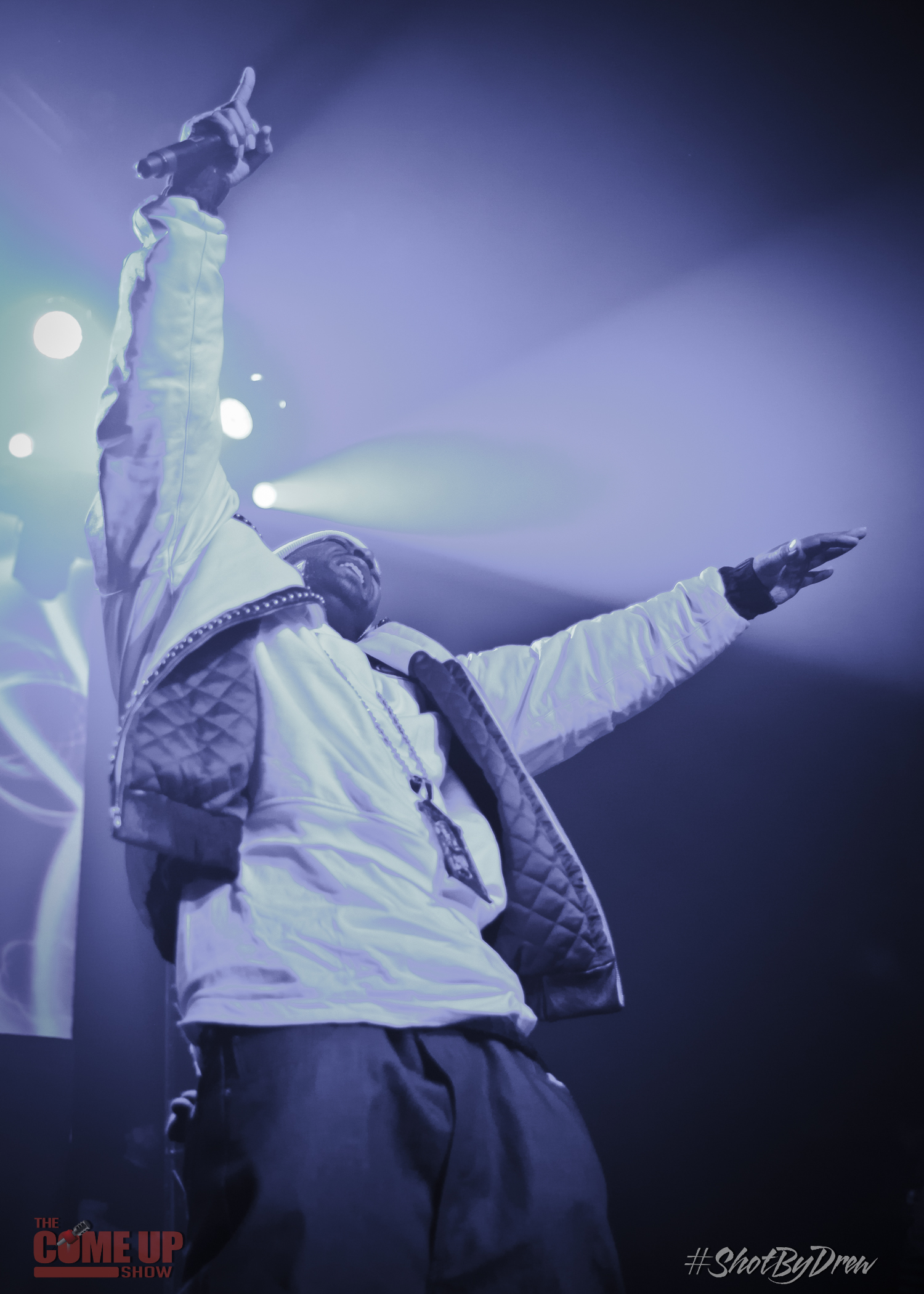 Jumping right back into the music, Ghost kept the crowd guessing after announcing he had a special surprise in store just for Toronto. Rumblings began to take over the air as the crowd was anticipating that the surprise could only be his rhyme partner Raekwon. The chef who had the city buzzing recently with the acquisition of new lakeshore condo to go with his newly opened label ice H20 records in downtown Toronto seemed only fitting to add to an already special night. With Ghost alluding to how special this guest was to him and performing notable Rae & Ghost songs the crowd’s expectancy for an Only Built for Cuban Linx reunion was at high levels.

Disappointing to the crowd it would later be discovered that the surprise was not Raekwon; instead D-block member Sheek louch and long-time Wu affiliate Killah Priest were invited on stage to perform tracks from their catalogue. 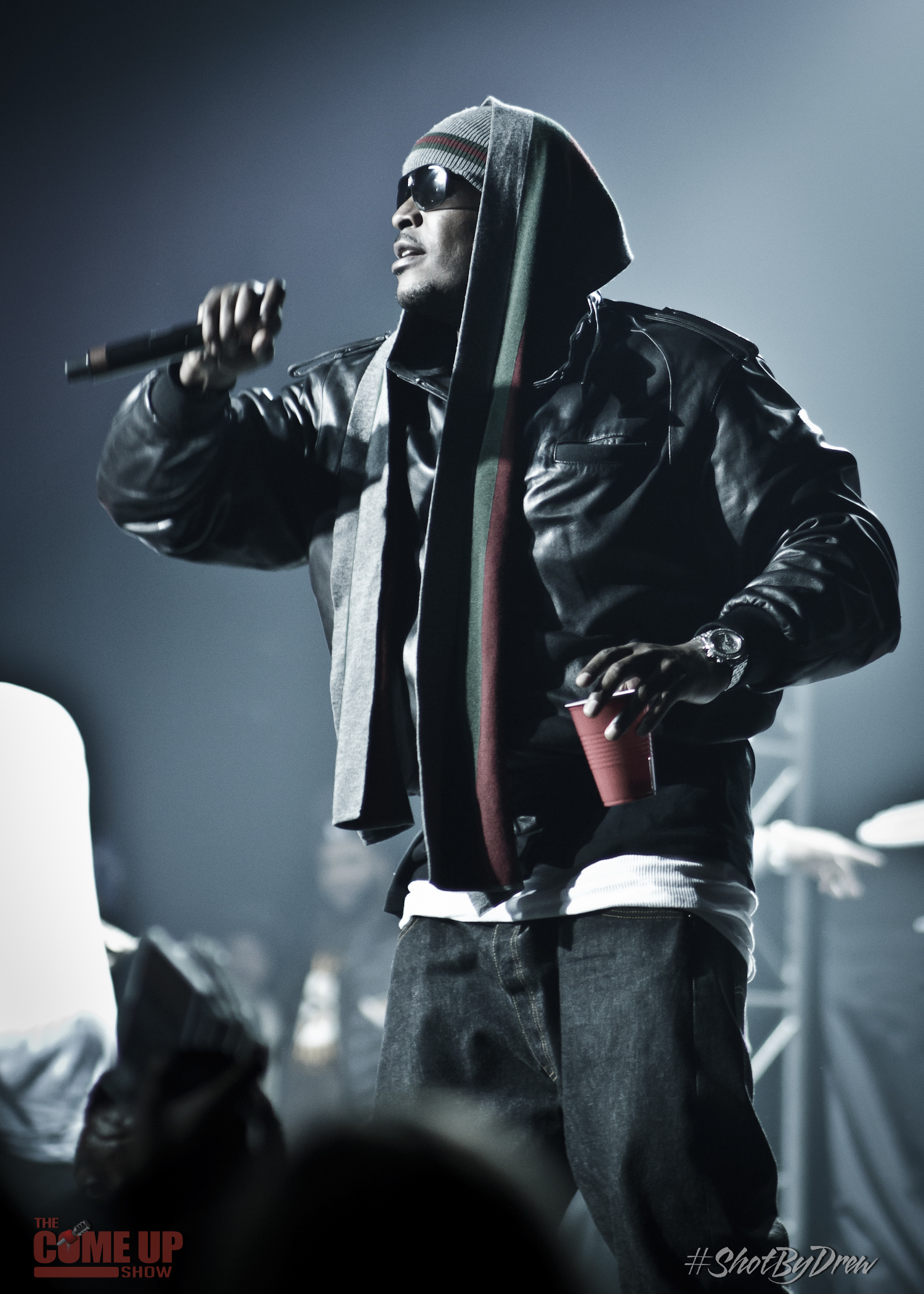 Noticing he may be losing the crowds energy from the somewhat out- of- place performances Mr. starks invited two fans on stage to help him fill in Method Man and ODB’s respective parts from the track protect your neck off the debut album enter the 36 chambers.  Pulling two eager fans on stage, Ghost forewarned the lucky fans he didn’t want no “bullshit karaoke rapping” being done to a classic.  With the spotlight on them, the surprisingly unfazed fans delivered each verse with a vengeance ripping into the track with ad libs and mannerisms to match gaining the approval from Ghostface and a surprised audience.

With a late start and a set running close to two hours in time it was past 1:00am and Ghostface was exceeding the venues time restrictions. Realizing that he didn’t get a chance to perform a slew of other notable tracks the Wally champ signaled his Dj to drop teasers to his hits making sure the fans knew he had more to give them but the timing was out of his hands. Realizing it has been 15 years since Toronto has seen him last, Mr. Starks made sure to give a worthy performance to Toronto to remember for him another 15 years.