Performing for the first time in Toronto Canada, Seattle MC Macklemore touched down to perform in front of a sold out all ages crowd at Virgin Mobile Mod club on December 10th 2011. Armed with only his producer/DJ/occasional hype man Ryan Lewis, and trumpet player Owour Arunga adding a special live instrumentation element to the show, Macklemore gave Toronto a night to remember.

Hailing from Seattle known mostly for Ken Griffey JR’s glory days on the Seattle mariners and the prodigious space needle, Seattle is not explicitly known for breeding MC’s and hip hop like New York or LA. What others might view as an impediment to mainstream stardom, I think it adds a special element to Macklemore as an MC and performer. Having been to a few hip-hop shows with performers from across the globe I can say I’m all too familiar with rappers from more prominent regions performing with a sense of entitlement and giving less than a 100 percent because they happen to be from a notable city. 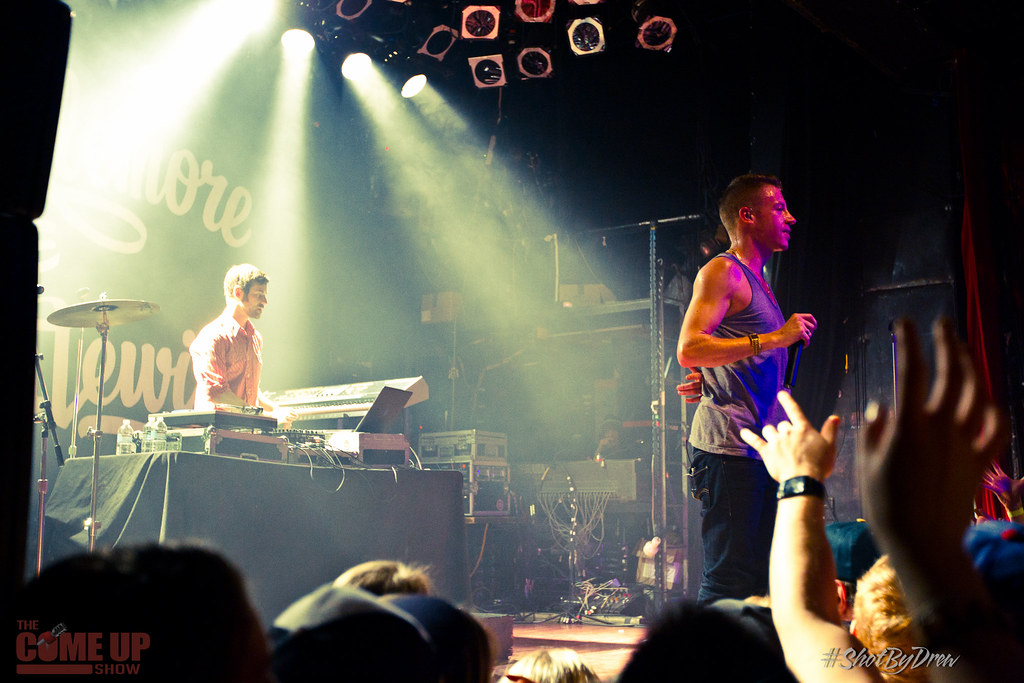 With tons of energy, humility, and appreciation shining through the Seattle MC does not take a sold out show for granted. Taking a moment to observe and thank the crowd for the love and admiration Toronto gave him something to be especially happy about. Chants of MACK-LE-MORE and the crowd singing back word for word to standouts Make the Money, Wings and the infectious Otherside added a special aura to what was a crazy show. Everyone in the building from the front row to the fans standing on couches in V.I.P had their hands in the air waving and dancing along to every song performed. 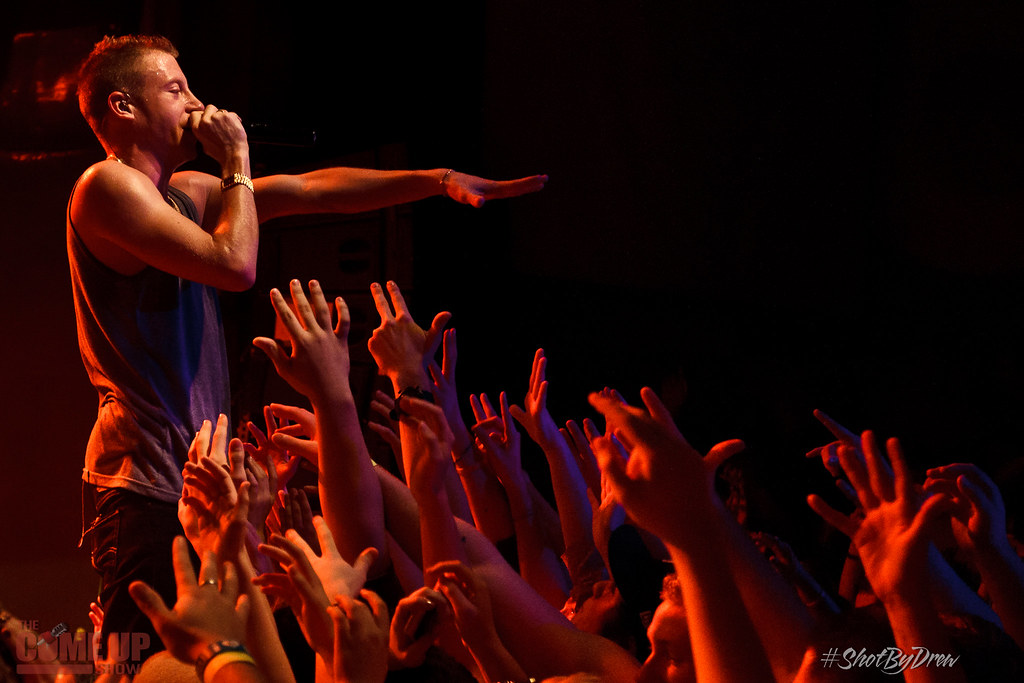 The energy was so overwhelming that a few fans got carried away in the excitement creating a make shift mosh pit and crowd surfers from male and female fans alike. The excitement I’m sure appreciated by Macklemore and crew, started to become a distraction to the show happening on stage with random people and body parts flailing from side to side in the audience. Not wanting to miss out on the fun and also trying to control the number of people coming up on stage Macklemore and eventually Ryan Lewis joined in on the crowd surfing, diving in head first somewhat controlling the momentum of energy of an already amped crowd. 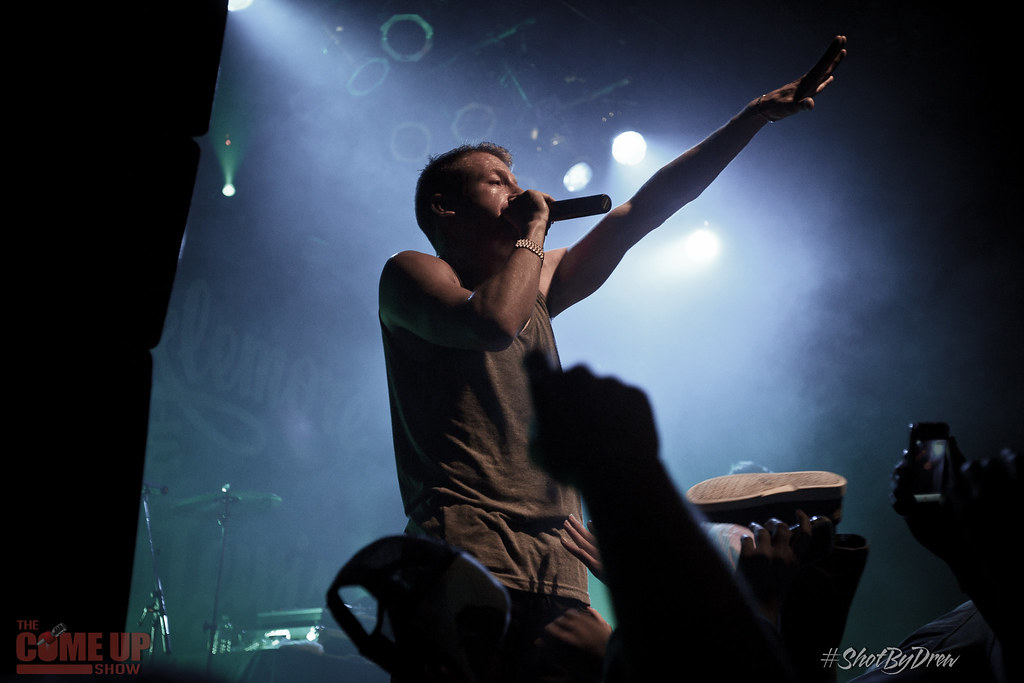 Switching up gears Macklemore took a moment to ask Toronto if they were ready to party. With a resounding reply of yes the emcee left the stage announcing that he would be back shortly leaving the crowd puzzled about what was going on. Re-emerging from backstage as alter ego Sir Raven Bowie in a sequence cape and 70’s wig he asked the crowd if they were ready for the best dance party in the world? Generating a flurry screams fist pumps and up and down jumping the crowd went extremely hyper as they sung along to the party track And We Danced taking the energy from 9.9 to a 10 thousand. 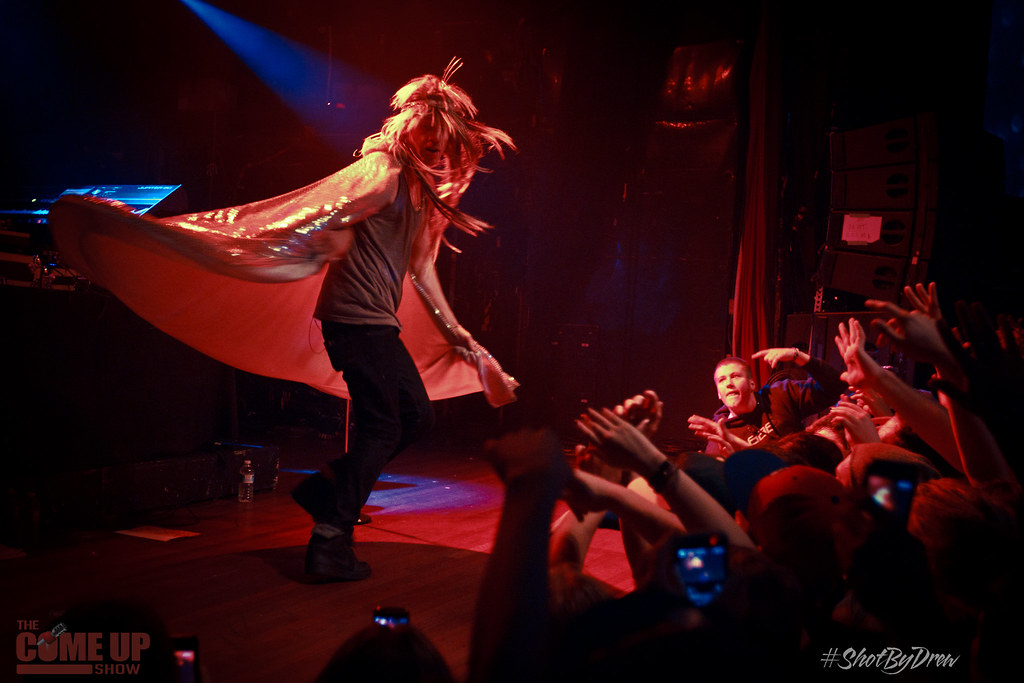 Winding down from the crazy dance party set, the part of the show that was a great experience to me was Macklemore’s humour and candidness throughout the show. From attempting to moonwalk across stage, he told the story of growing up in Seattle as a kid practicing his Michael Jackson moves performing for relatives when they would visit. To sharing his journey of falling in love with hip hop and trying to rap like Mystikal in the beginning of his career. His openness, hunger to win, and sincerity was refreshing to hear, a respected change from the stale here today gone tomorrow fickle artists who manufacture the cool story on their rise in hip hop. 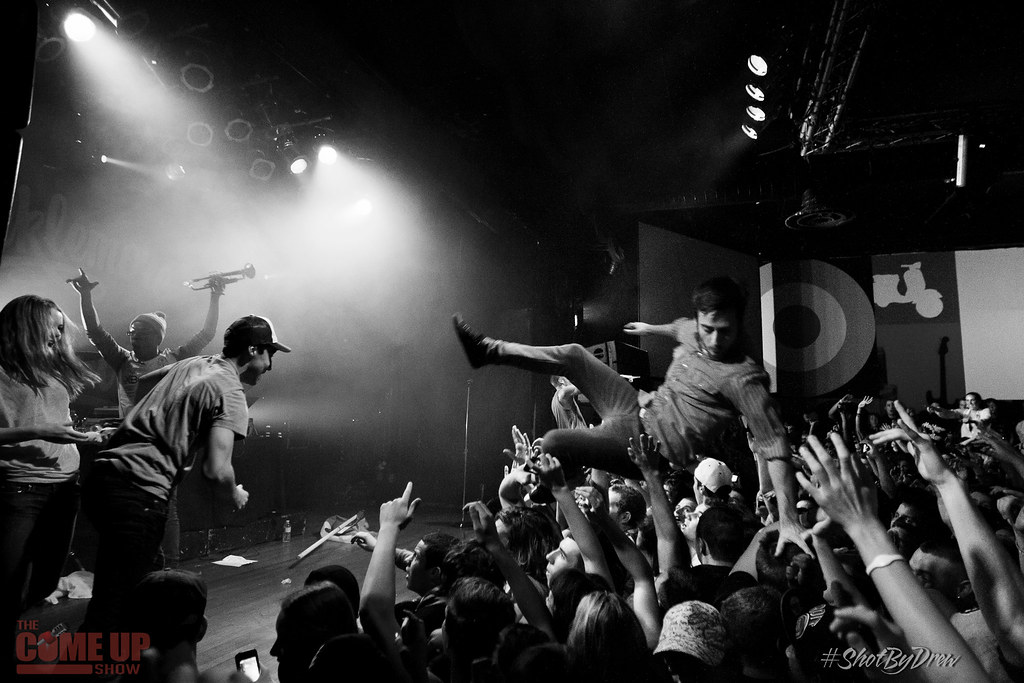 For Macklemore his passion, hard work, and story real and un filtered with skills to match, ensure that Seattle won’t be only known for baseball players and large space needles for years to come.