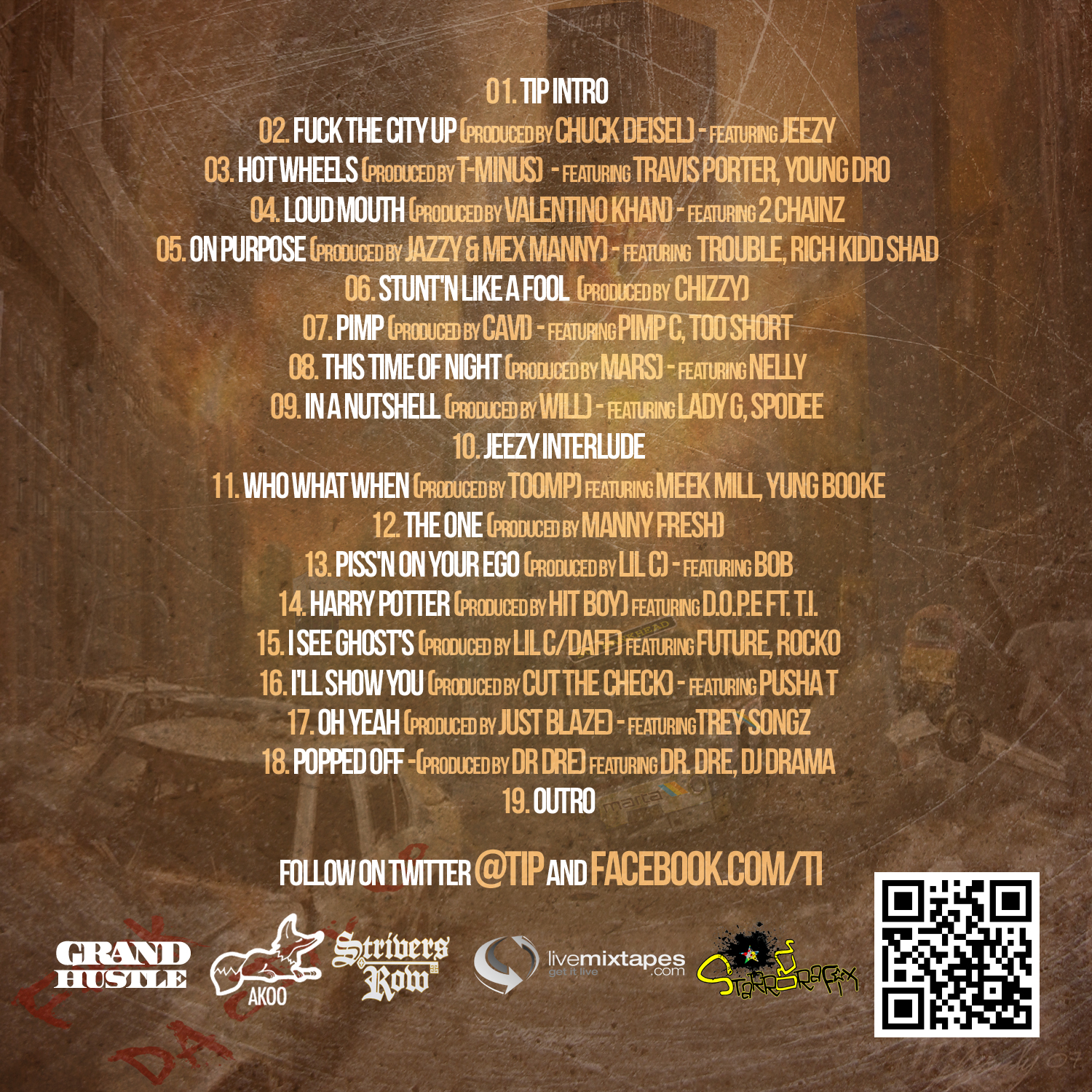 It’s only three days into 2012 and mixtapes are popping off like Champagne corks ha! I have been anticipating T.I’s mixtape because of the mixtape video trailer he released with Dr.Dre which had me going buckwild haa. This mixtape is titled F**k Da City Up which includes features from Young Jeezy, B.o.B, production from our good friend T-Minus, Just Blaze, and Dr. Dre amongst others. I’m about to take in the mixtape today tell us what you think!!