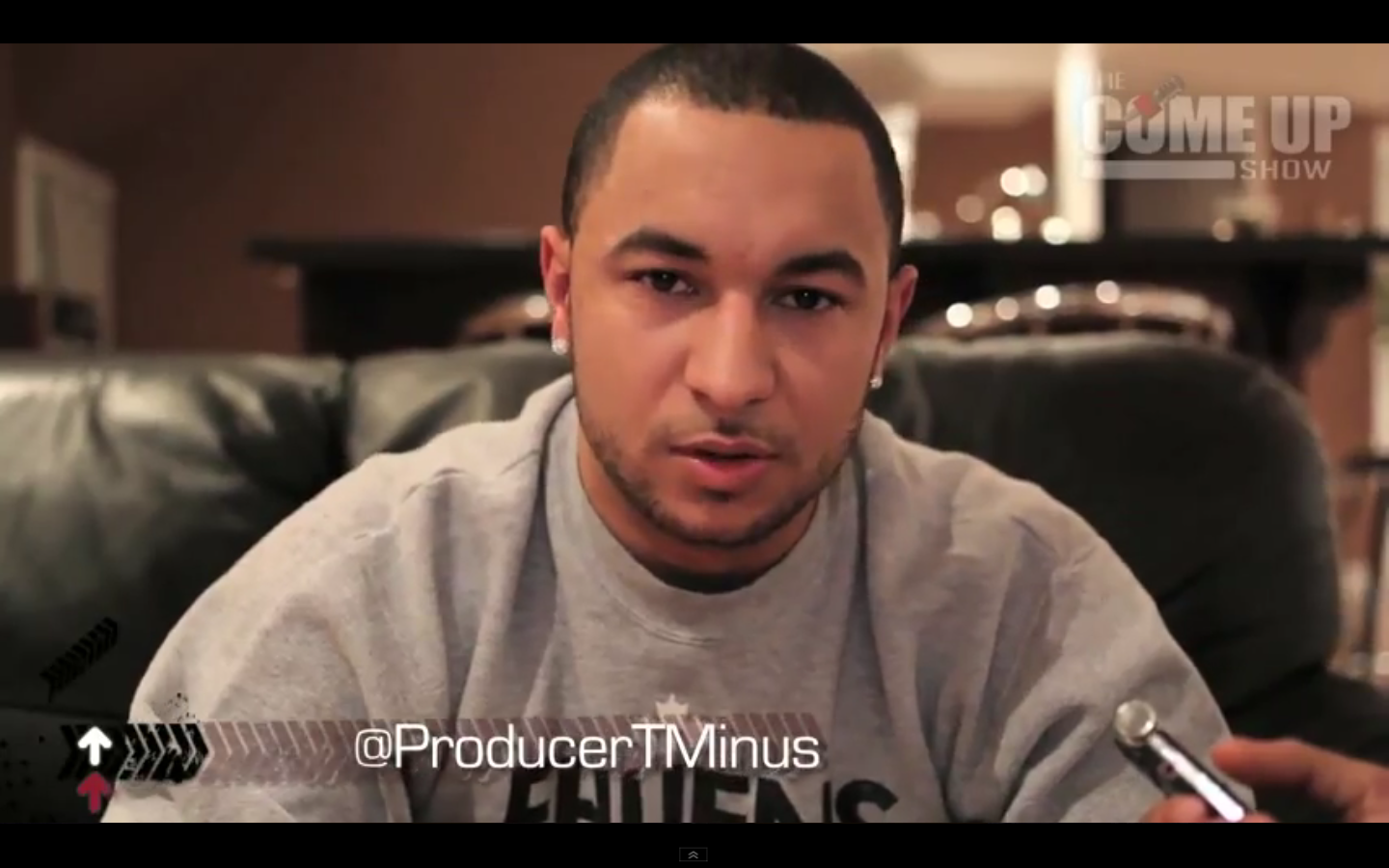 UPDATE: Check out the Interview with T-Minus.
Ladies and Gentleman as promised this Monday January 9, 2012 1PM is the release of our first interview of the year. Grammy nominated, multi platinum producer T-Minus. What I love about this interview is that this man is responsible for so many hits and people are just starting to get to know his name. T-Minus has produced hits like DJ Khaled’s I’m On One, Lil Wayne’s She Will, Nicki Minaj Moment For Life, Ludacris’ How Low, T.I.’s Poppin Bottles, and he produced four tracks on Drake’s latest album Take Care; Underground Kings, HYFR, We’ll Be Fine, The Motto.

The LIST GOES ON AND ON. For the first time in the world, The Come Up Show is going to do it right and introduce this man to the globe. We visited him in his hometown Ajax, Ontario where he welcomed us into his home with open arms. He showed us his beat making process, talked about how Drake is an amazing producer, what music means to him and much more.

Make sure to subscribe to The Come Up Show TV on Youtube NOW. Be one of the first to watch this interview Monday January 9, 2012. Spread the word. Here are a few pictures from the interview.