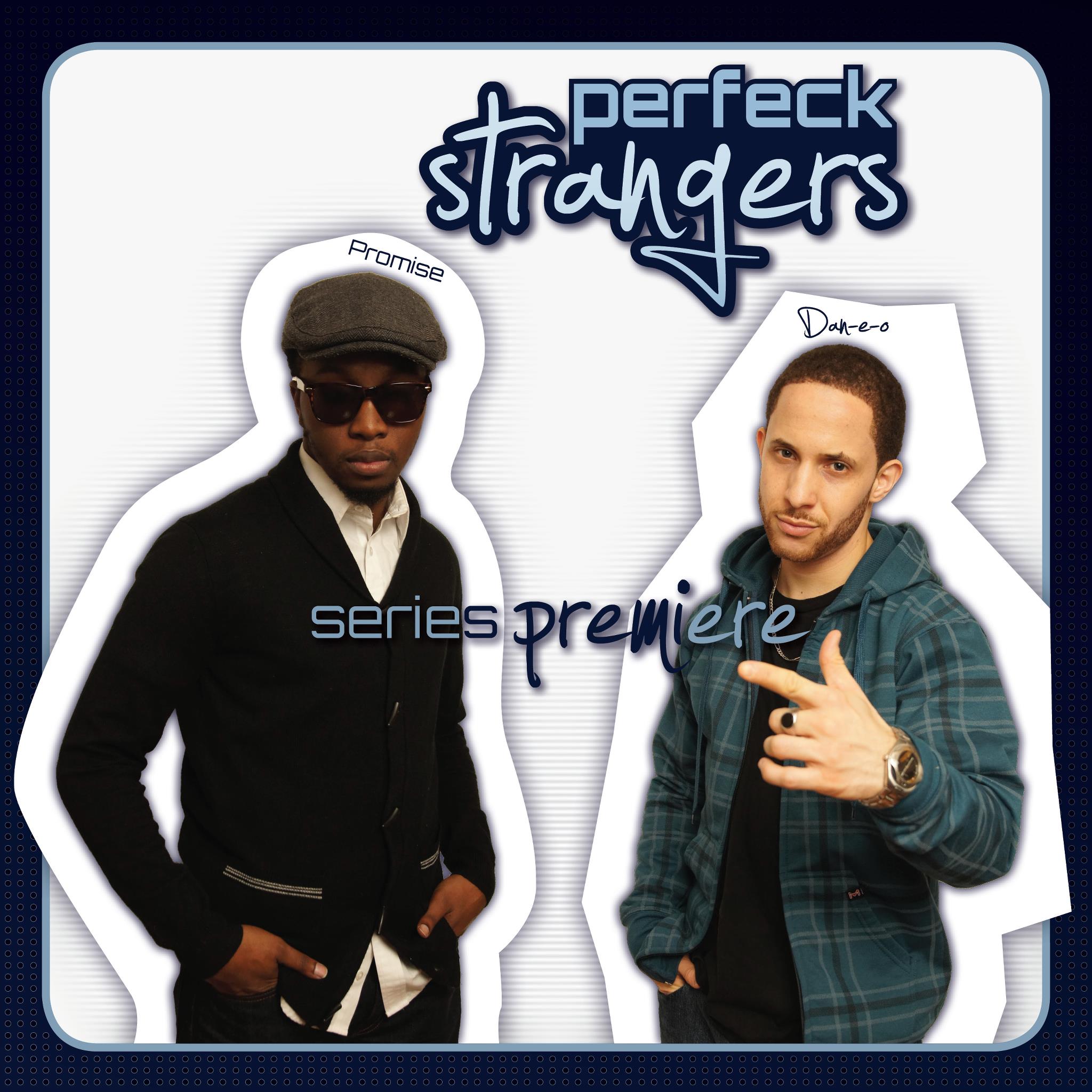 Chemicals, nitro glycerine and gas will blow up when you put them together. The same is said about Hip Hop’s newest dynamic duo, Perfeck Strangers! Joining forces after years of blessing eardrums as impeccably brilliant soloists, veteran Toronto emcees Dan-e-o and Promise are now tackling the world of music as a tandem.

I had to make sure you didn’t miss the first album from the Perfeck Strangers which consists of emcees Dan-e-o and Promise, the album titled Series Premiere is self explanatory the duo first released a video in Nov 2011 for Ghetto and it received Critcial acclaim and great response. I’ve included more background information below about Promise and Dan-e-o, the album is available for free download below.

Dan-e-o first came into prominence with his debut single, “Dear Hip Hop”. Released through EMI on Beat Factory’s RapEssentials Volume One in 1996, the track is documented as a “Canadian Hip Hop classic”! Even without major mainstream notoriety, Dan-e-o’s subsequent solo albums, The Book of Daniel (2000) and See No Evil, Hear No Evil (2004) have cemented his reputation as one of the world’s most elite emcees.

Known for his potent lyrical content, Promise focuses primarily on life, love and the consciousness of mankind and is certainly no stranger to the microphone. His debut solo album, More Than Music (2008), boasts guest appearances by Montell Jordan, Elzhi of Slum Village, Royce Da 5’9” and more. Promise’s sophomore effort, Awakening (2011), further highlights his incredible prowess as a rap artist and songwriter. The LP’s debut video “Against All Odds” dropped in December 2011.