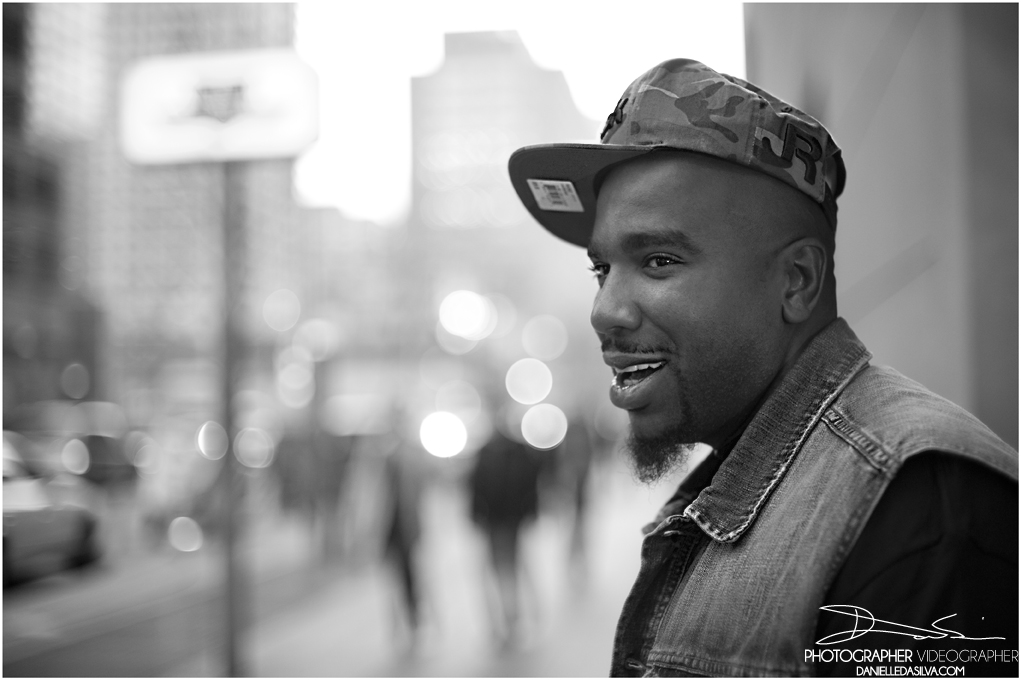 On Friday March 16th  2012, Queens borough MC Noreaga was in town to perform at the Opera House in Toronto. The MC has been in Canada before, however this was his first time ever performing in city. Before the show, I had the opportunity to sit down with Noreaga and discuss a variety of topics. We touched on married life, his distinct slang vocabulary, and the famous politician that follows him on twitter. Noreaga did not hold back on anything making for a great chat and interview. Meeting Noreaga was definitely a cool experience. You hear stories and see artists on TV or online, but never know what to expect when you finally meet them. I have been a fan of Nore’s music since his CNN debut War Report. Since then I have been supporting his music, I even copped the not so great Melvin Flynt Da Hustler and G.O.D.S favourite albums, just cause it was Nore.

After a little bit of a wait, I finally had the chance to sit down and talk with the MC.  After a few minutes of conversation, you get the feeling like you’ve known him since way back, he is just that laid- back. His presence is calm and genuine without ever feeling forced or contrived. To start our interview I went right into what makes him such a likable personality. I started out asking whether he ever thought of going into reality TV considering he has such an easygoing persona. Here’s how the interview went.

Big Ske: What’s up Nore, Thanks for meeting with me, so let’s get right into it, you have this entertaining and comedic personality to you, have you ever thought of jumping into the reality TV world with your own show?

N.O.RE.: Nahh, that’s not really for me, I’m doing a little writing for a sketch comedy thing but that’s about it.

Big Ske:Cool, understandable you do have a distinct voice and slang to your personality. Have you ever thought of licensing your slang words or voice?

N.O.RE.: (Laughs) Nahh, I haven’t really thought about that, but thank you very much. Maybe I could do that (laughs) it’s all love though, it all comes from the hood man, and I’m a person that comes from Lefrak city in Queens.  I spend time in Queensbridge, I spend time in south Bronx I’m just a diverse person.  I’m 100 percent Lefrak city, but I spend time in other places and I’ll pick up vernacular from different places and blend it into one. It just comes off like Ohh ok, that’s what’s up!  Like the Slime word, you know the Slime, that’s my word, although Vado & them use it, they call me godfather Slime because I said it first, but is all love though. 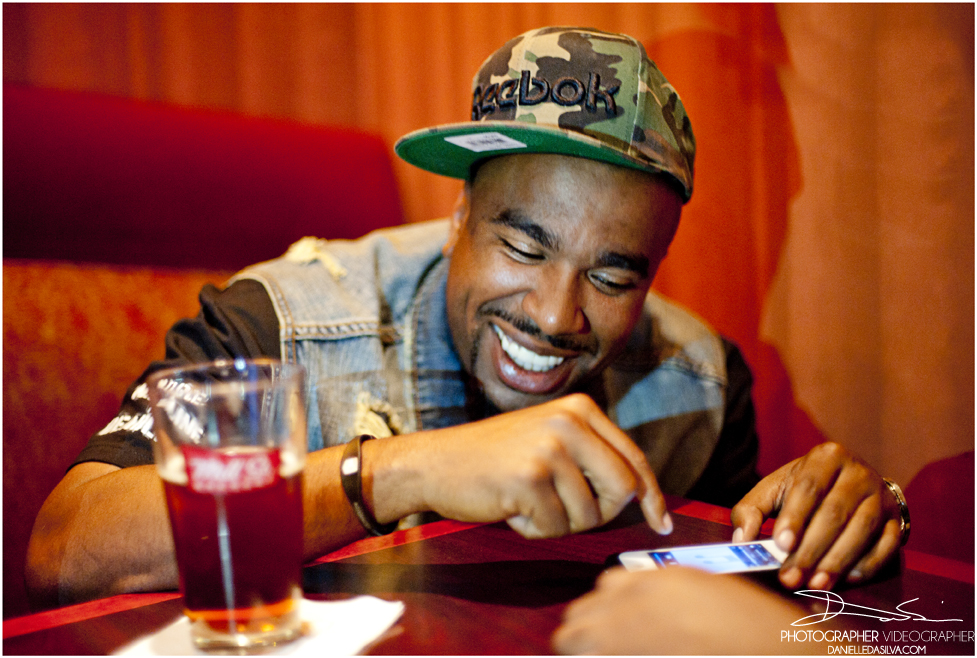 Big Ske: So you’re  in the process for writing a sketch comedy script, I’ve noticed the popular thing in Hip Hop is writing autobiographies, you have a unique story, do you have any plans in writing your own biography?

N.O.RE.: Yeah I’m 66 pages into my book, it touches on everything I got about  66 pages typed, I got another 40 or so to finish up, I have to fly out the writer in a few weeks, but it’s coming, it will be out soon.

Big Ske: Cool, switching things up a little you recently got married how has that experience been like?

Big Ske: Has it been a hard adjustment changing from the sort of cliché rapper lifestyle in hip hop? Marriage doesn’t seem like it would mesh well with the hip hop lifestyle of groupies and touring.

N.O.RE.: Nahh, it was just something I wanted to do, she wanted to do it too, it was great we just did it, we about to hit a year.

Big Ske: Congratulations, any big plans for the anniversary?

N.O.RE.: Not really, just properly hit up Vegas or something, get drunk and have fun. I just live a regular person persona; I’m not really the typical rapper that lives that life.  I’m a regular person, I love to be regular. That’s me I do regular shit. 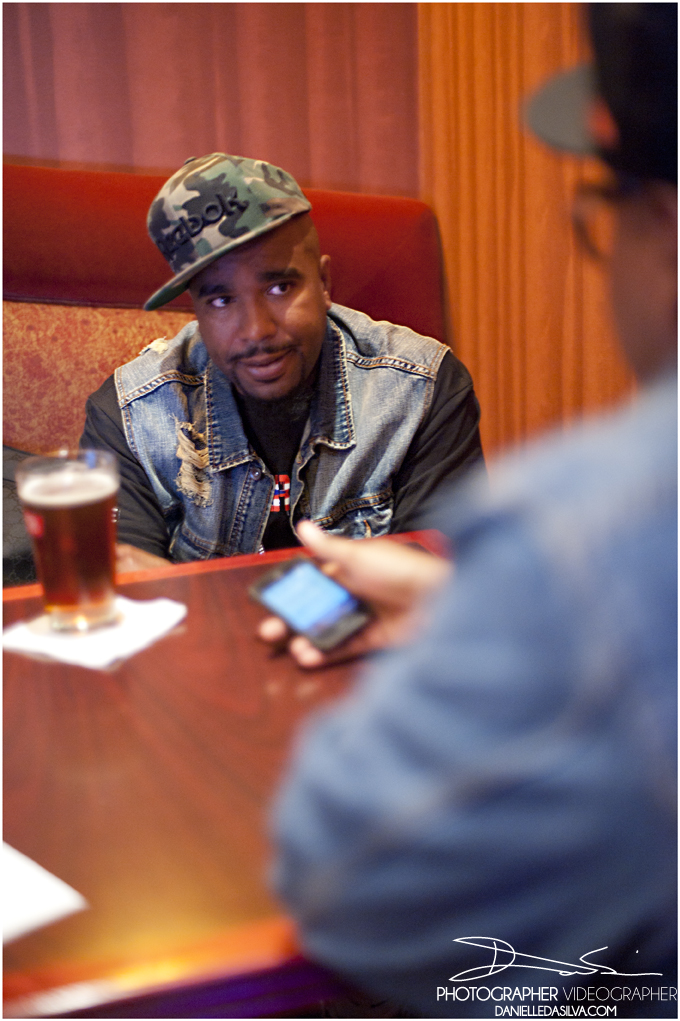 Big Ske: Let’s talk music. You have a new single out (Lehhhgooo) with The Game, Waka Flocka, and Busta Rhymes, how did that collaboration come about?

N.O.RE.: I just wanted to do a record with people from different places, I first sent Game a track for a different record called Nore Shot Somebody, if you listen to Games verse he says; Somebody told me NORE shot somebody, (this is actually the first time I’m ever telling this story), but Games verse was so dope that I was like, you know what let’s take Game’s Nore Shot Somebody verse and put it with something else.  So I put it to that song (Lehhhgooo) instead. Busta heard it, but he aint like the original hook I had on it, so he said “let me do the hook”, he did the hook over and sent it to Waka Flocka, so Waka Flocka did his thing and was actually the first person to hear the whole record, I aint even heard the final version yet, but he heard the final with me, Busta and Game on it. It just worked out perfectly. We just shot half the video in Orlando during All Star Weekend, when I get back we gonna head out to LA for Game’s part, but yeah the single is live right now on iTunes, so go get that!

Big Ske: That’s a crazy collaboration; you work with a lot of different rappers from all generations and coasts. It seemed for a while like rappers from your generation stayed away from working with southern acts or newer artists, you have embraced working with other rappers. Just a case of moving with the tide of the times is it.

N.O.RE.: I’m a guy that roles with the wave’s man, I’m not the type of person that goes to the beach and see’s the waves perfectly flowing one way, and then decides to go the other way. Some people are just idiots, they’ll go to the same beach and be like what if the waves are going this way, maybe I should try….why would you wanna change mother nature…..me, I just role with the punches.

Big Ske: Out of the younger generation coming up, who are you feeling? Anyone from New York we should be looking out for?

N.O.RE.: I like Action Bronson a lot, be on the lookout for Al Gado, Imam Thug we got a female artist Glacierz Da Ville, hopefully we drop an album with all of them this year. 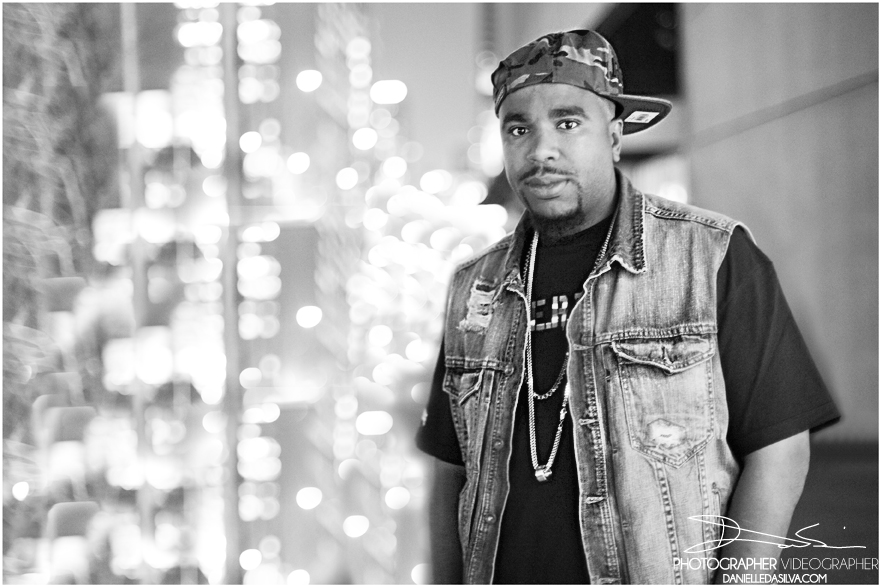 Big Ske: You’ve been in the game for a minute making consistent records. What do you think it takes to stay consistent in today’s hip hop climate? A lot of the artists from previous eras aren’t really around like before.

N.O.RE.: Just being humble man, staying humble and enjoy your job, at the end of the day this is your job. I know people that just work and don’t love what they do. They hate they job they hate their boss, that’s not the case with me. I don’t have a boss and I love what I do. I just treat people fair and try to make great music. If people cling on to it, it’s a great thing if not I can still sell to my consistent fans and still make a great living. I don’t need a major label, as long as I reach my core fans, I’m cool cause I love what I do.

Big Ske:I know you recently aligned with Busta Rhymes to form a partnership, how did that come about? It’s not like a typical signed artist situation is it.

N.O.RE.: Yeah man, what happened was he has been part of the movement for so long, helping out when I needed it, he just stepped up like, let me just be a part of it more.  So when it comes time and I need something done here, and I’m over there, you have a partner that can get something done and make things happen. It’s been working out great, I’ve been able to do what I want to do and have been able to maintain. 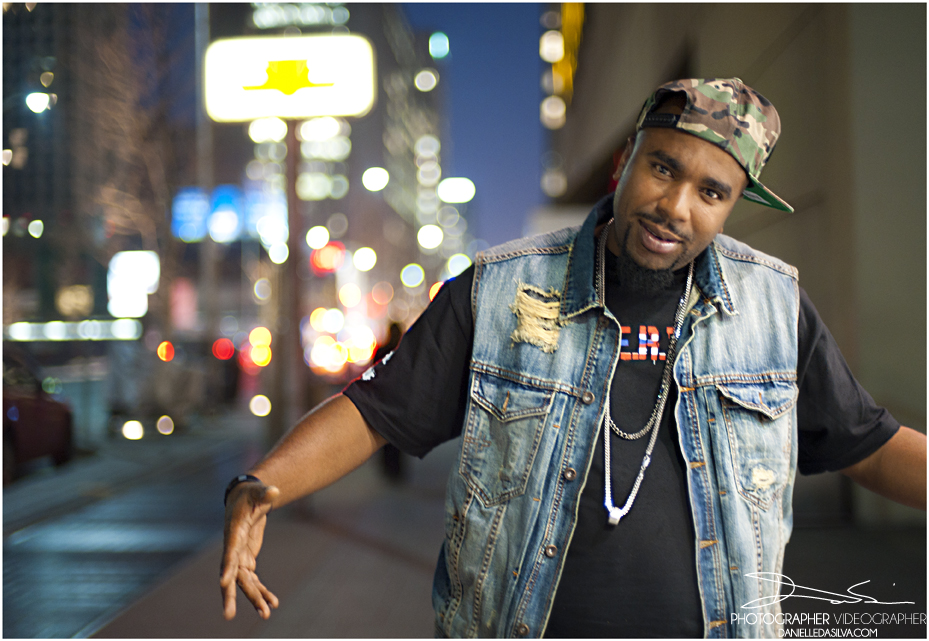 Big Ske: You just recently started this leg of your tour, having performed for so many years what’s still your favourite song to perform and what gets the biggest response?

N.O.RE.: Nothin (Raps first few lines, Homeboy, I came to party, your girl was looking at me) it’s still my one my favorite songs to perform.

Big Ske: Dope, so it’s your first time in they city what do you want to give Toronto?

N.O.RE.: I’ve been so excited everyone keeps telling me about this place The Opera House. It’s my first time in Toronto.  I’ve been to Canada before, but have never been to Toronto.  It’s exciting, I’ve been going around people have been seeing me in they cars puling over saying what up. I’ve been smoking with people and they just showing love, I’m just excited to not only hit the stage, but also to just hang out too, see the people.

Big Ske: That’s cool, well since it’s your first time make sure you ad least see the CN Tower, if you’re looking for something to eat in the city, I would recommend a place called Burrito Boyz. It has to be the best after party club spot for food. What’s your food of choice after a late club night?

Big Ske: Pizza, interesting, you cook at all?

N.O.RE.: Nahh, I suck, that’s why I’m married (laughs) I don’t know how to cook or wash clothes, none of that. And its crazy because my father knew how to do everything around the house. For some reason that part of him just missed me. I can’t fix shit! I’m just not that type of guy. 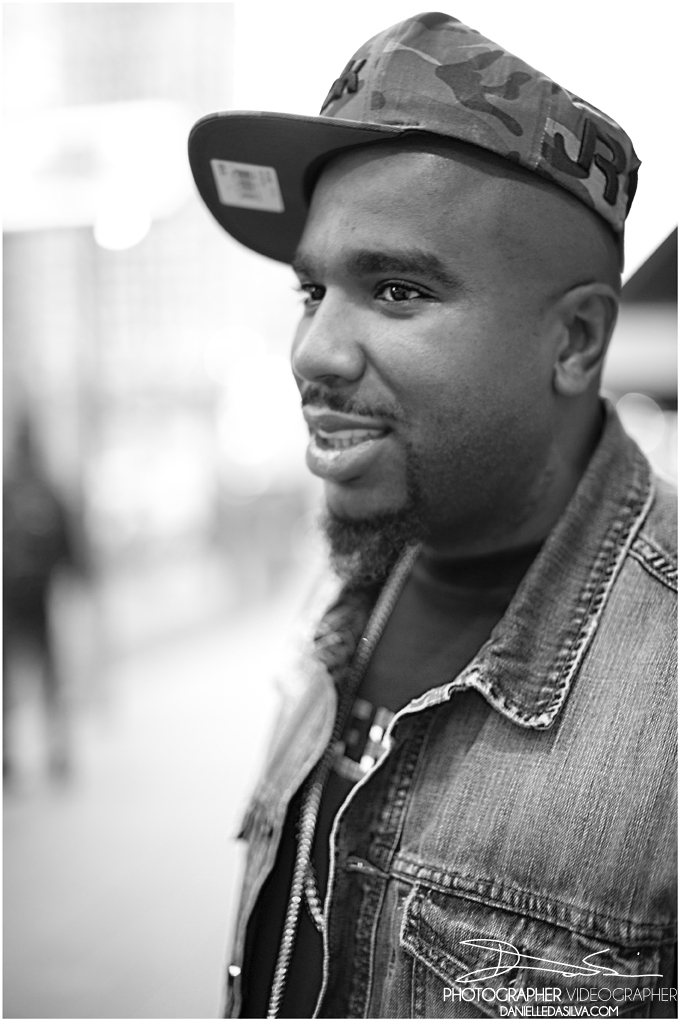 Big Ske: That’s funny, well since it’s your first time in Toronto is there anything you want to know about the city?

N.O.RE.: Ahh man I’m just enjoying it out here. For some reason everyone has great weed out here. There’s nobody with bad weed, I’m looking for somebody, they hittin me with everything, pink kush, master kush , cherry bombs all types of crazy shit, it’s a wonderful thing, I think Canada and US need to come together to fight for the legalization of weed man. I got offered to do a show on 4:20, I might actually do it, but yeah it’s a beautiful thing out here, how relaxed it is.

Big Ske: You’re very big in social media, I noticed your twitter game is pretty heavy, who’s someone you follow that your fans wouldn’t expect?

Big Ske: That’s crazy you are putting him up on the slang?

N.O.RE.:(Laughs), Nahh I don’t talk to him or nuthin, but he follows me. My favourite person to follow is Kenny Powers.

Big Ske: Final thing, I always wondered S.U.P.E.R.T.H.U.G is that an acronym for something or was it just a clever way to market the song. 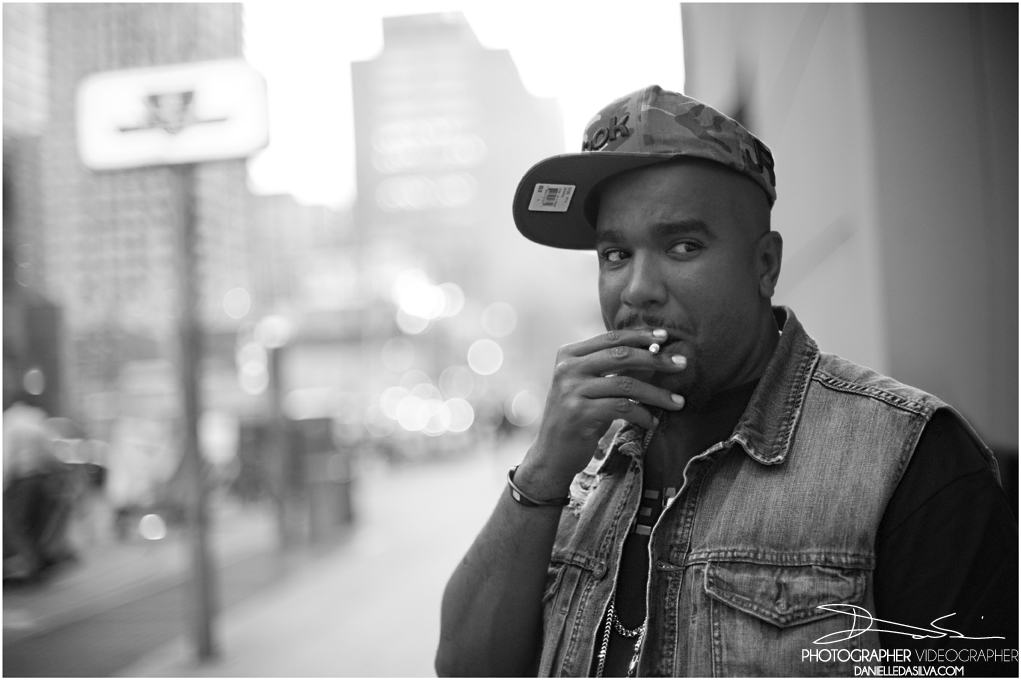