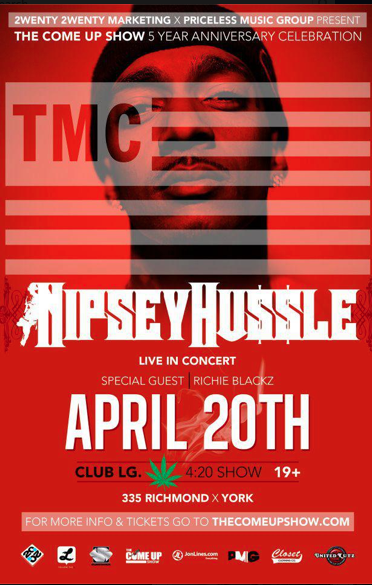 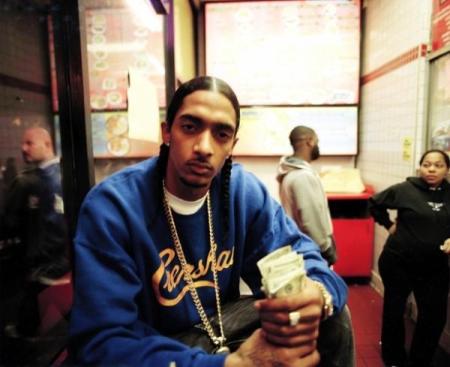 Due to the tragic events last week at the Young Jeezy show in London, we regret to inform you that the Nipsey Hussle show scheduled for April 20th at Club Large has been cancelled. With last week’s shooting still under investigation, a decision has been made that it is best to cancel the show at this time. Nipsey Hussle will still continue his Canadian tour as scheduled (Toronto April 19th, Montreal April 21st, Ottawa April 22nd and Vancouver April 24th).

All tickets purchased for the London concert will be refunded in full. Online purchases will be refunded on credit cards through ticket driver, and hard tickets can be brought back for a full cash refund at the point of purchase. The Come Up Show will still be holding their 5 year anniversary, but will instead be celebrating it the night before on April 19th at the PMD concert at APK Live. For more information and all further inquiries visit https://thecomeupshow.com. We thank you for
your understanding.