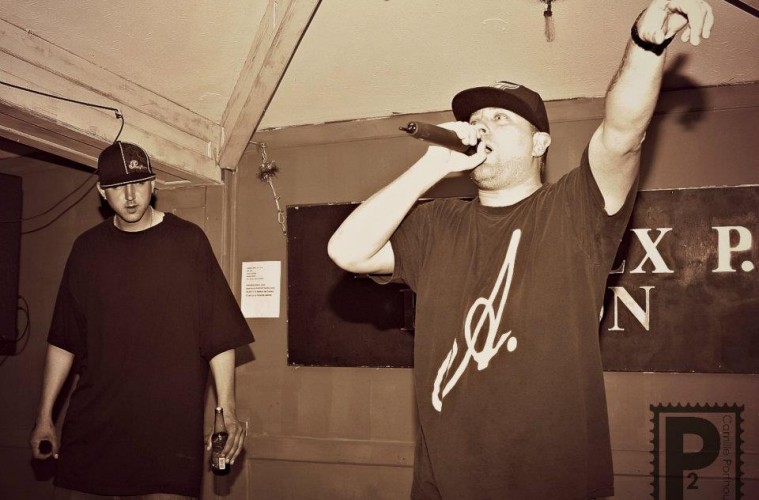 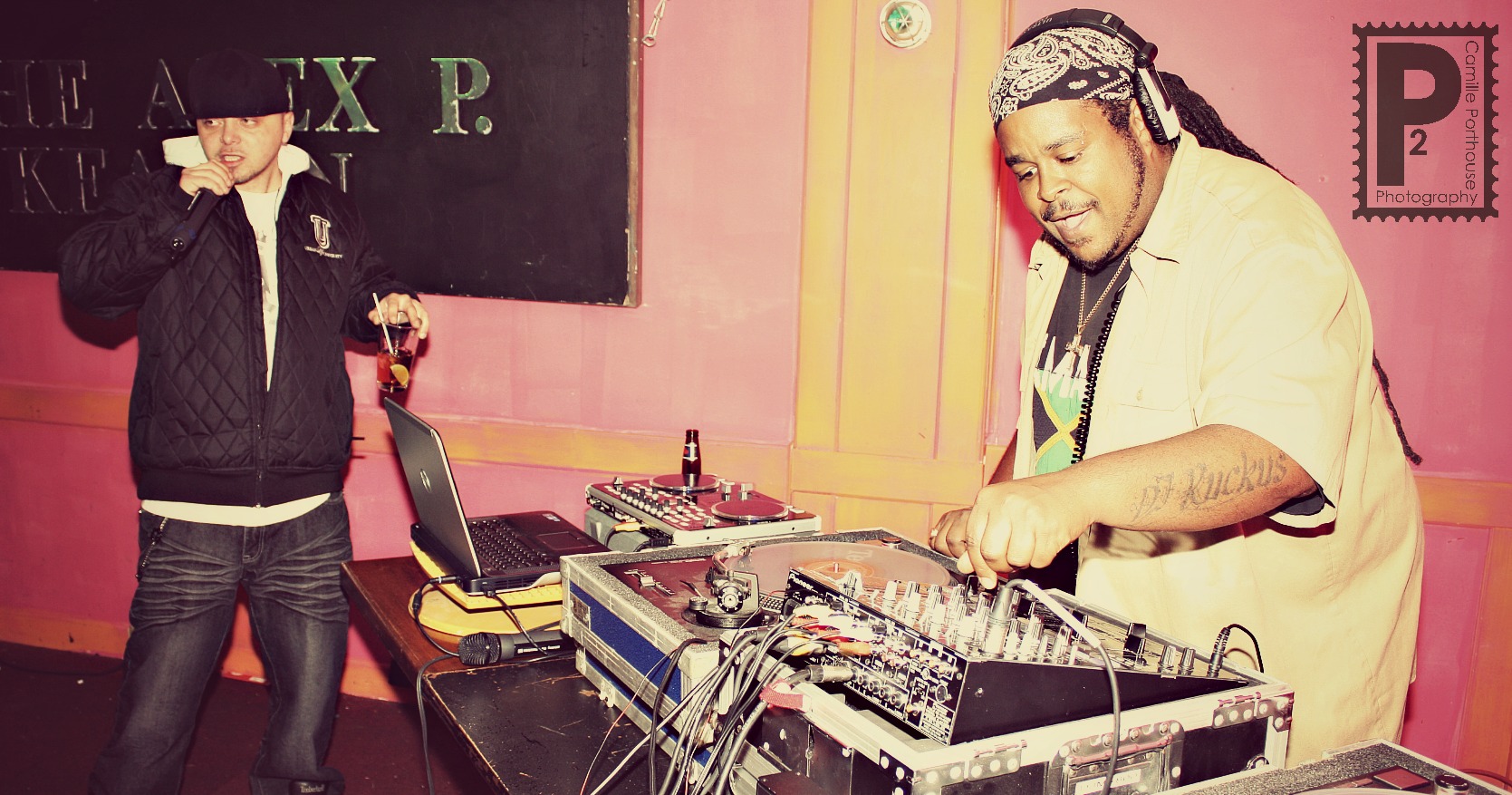 On Thursday April 19th PMD of EPMD alongside legendary rap group Citizen Kane and Angerville braced the stage at APK Live. With The Come Up Show celebrating their 5th Anniversary, this was sure to be a night to remember. With local DJ, DJ Ruckus on the 1’s and 2’s and Helder Campos as the MC for the evening the audience quickly began filling the venue. London artist Jux Cain had no problem getting the show started while bringing aboard Del Reze who didn’t hesitate to drop some fast paced, hard hitting lyrics for the energetic crowd. Songs performed by the artists included; “There you are” and another song which had been produced by Toronto native Rich Kidd. 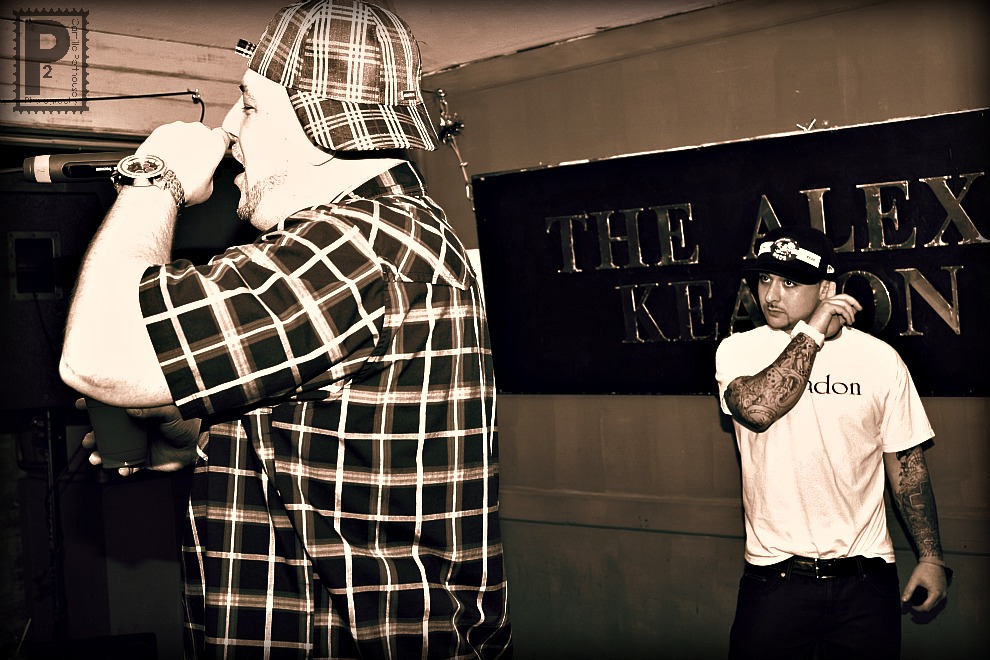 Angerville was next hit the stage. Backing up part of Angerville for the night was Spliff McGriff, one-half of the group Khryme Syndicate. Without hesitation, they performed songs such as; Aint no thang, the announcement and F*** what you heard. Lots of energy and stage presence from the two individuals played a major role in getting the audience prepared for what was yet to come.

Citizen Kane came on just after midnight and with the crowd throwing their hands up, the mood inside APK Live quickly changed. Maja combined with Spade, Stitch 7 and DJ Killa Bex opened their set with the authentic hip-hop feel and deep lyrics they’re so well known for. After showcasing a few songs from their most recent mixtape “Scartown Unreleased Classics” the group started to perform some of their older material, even the DJ (DJ Killa Bex) was singing along with the group. After a couple tracks, Spade included the crowd as chants began back and forth between the group and the fans – When I say “Citizen” y’all say “Kane” When I say “Bring the” y’all say pain and when I say “black” y’all say “rain”. It was those words that lead them into the next song Black rain. Other notable songs were Lost Angels and Heat.

Later on throughout the night the crowd rushed towards the stage and was more than enthusiastic considering what was up for grabs. Hosted by MC Helder and Chedo, there was a couples “dance off” that took place for a chance to win a beautiful bong given away courtesy of The Come Up Show celebrating their 5th Anniversary, and also due to the fact it was 4/20. In the end two females who were more than eager to compete paired up to the music of Big Seans hit single “A$$” and ended up taking home the prize. 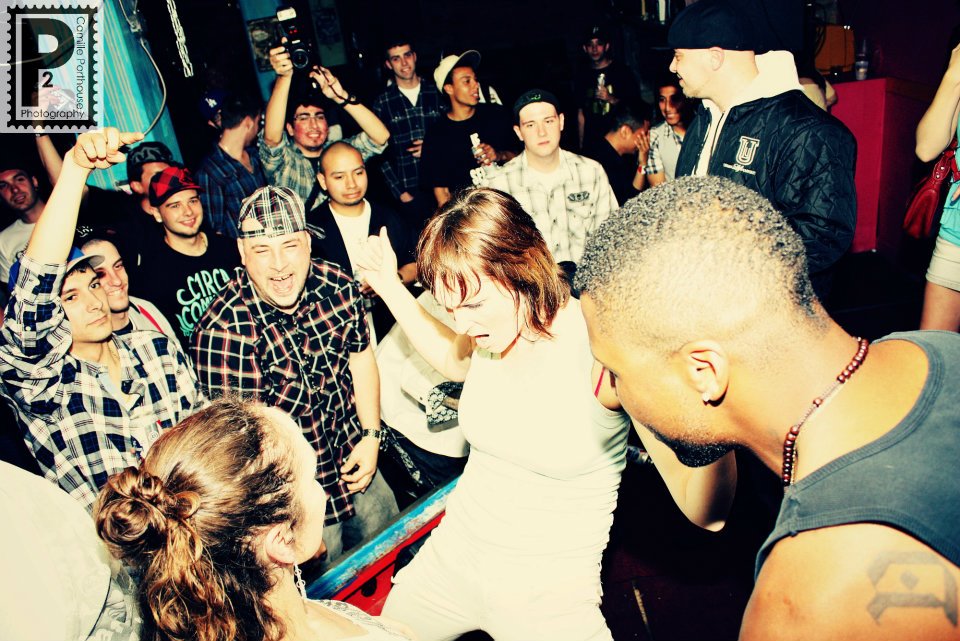 Shortly after, it was back to business and emerging on stage was PMD, one-half of EPMD (Parish Making Dollars) together with Sean Strange to assist him with the vocals. It wasn’t long before the venue was at its busiest of the evening, while everyone got closer to the legend. With the crowd singing along PMD Performed many of his countless early hits including “Da Joint” and Thugged N Raw. After a couple tracks PMD invited members of the audience who were MC’s to partake in a freestyle interlude, which featured some beat boxing and an instrumental of “Dead Wrong” by The Notorious B.I.G. Speaking with knowledge and wisdom PMD continued on with the show and mentioned his respect for those who came out to show their support along with his love for the city of London. However, before he could leave, chanting began to erupt from the audience for the legend to keep performing. Doing just that, PMD went on to showcase a few more classics before the night was over.

With the crowd more than pleased from the acts of the evening, it’s safe to say this was a memorable and interesting concert from start to finish. It was a privilege to see each of these artists live and the effort that they put into their work. Celebrating the 5th anniversary of The Come Up Show that evening only added to the eventful night it was. 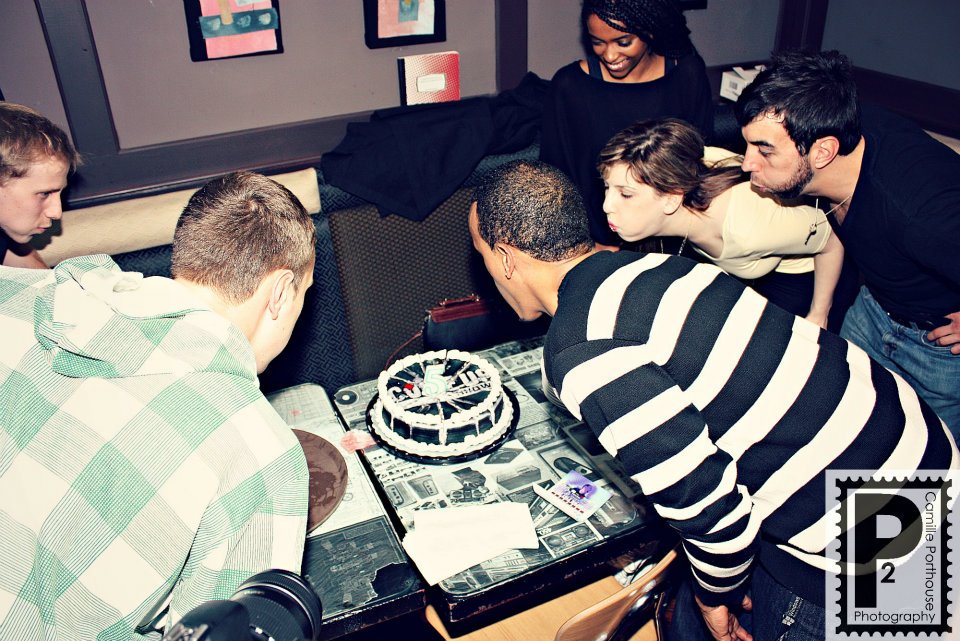 Photography by Camille Porthouse. Special thanks to NEC Productions, APK Live and all parties involved for making this event happen.