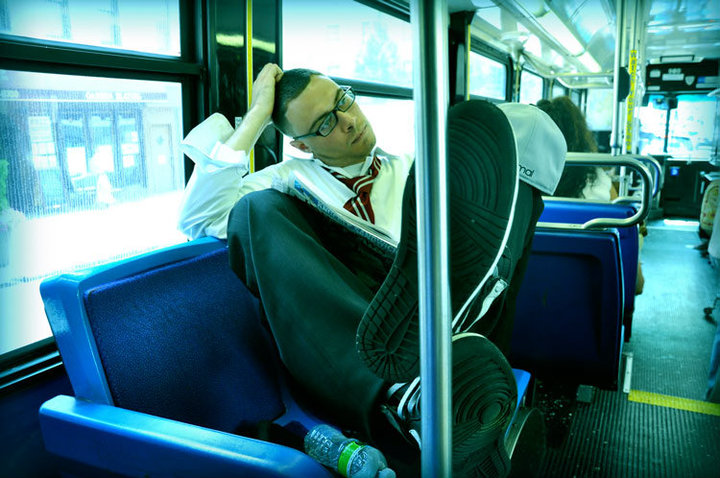 [Interview] Koncept talks about his debut album “Awaken”, how he got into hip-hop, and all things Brown Bag

You may have heard of the Brown Bag AllStars before, but chances are you haven’t gotten to know the individual members of the group. Queens/Brooklyn emcee Koncept has been putting in solid work as 1/7 of the Brown Bag AllStars crew, and with the release of his debut solo album Awaken earlier this year, he makes a strong case as to why we should know him for more than just his group affiliation. I caught up with Koncept while he was on tour in Dallas along with Tanya Morgan (Von Pea & Donwill), Bodega Brovas, and Playdough, as part of the American Graffiti tour. We talked about his debut album, how he got into hip-hop, his favourite albums of all-time, and the Brown Bag AllStars crew, among other things. Read the full interview below.

TCUS: You’re currently on the American Graffiti tour, what can you tell us about that? 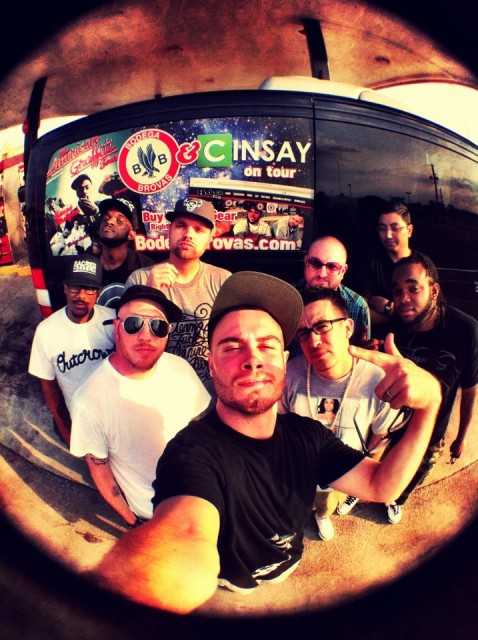 TCUS: You just got back from the King’s English UK Tour not too long ago, what was that experience like?

Koncept: It was great. That was my first time in Europe, [myself] and Soul Khan went out there and we rocked five different cities, and had a great time. They treated us very well, and I plan to go back again very soon.

TCUS: When’s the last time you came to Canada?

TCUS: How did you first get into hip-hop?

Koncept: I’ve been into hip-hop forever. I mean, pretty much my whole life. I was kind of born around an older brother figure that was a graf writer and listened to hip-hop, and got me into it at an early age. And then I actually started writing graffiti when I was young, and actually Koncept was my graffiti name before it was even my rap name. And then I started deejaying when I was like eleven, I think is when I got my first pair of turntables. And here I am now, in 2012. 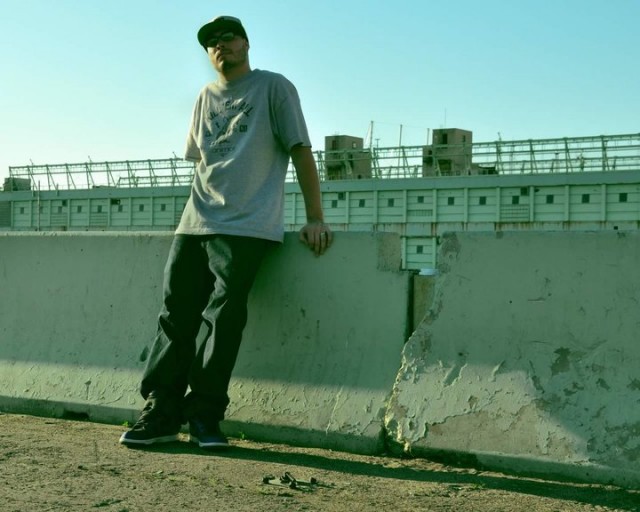 TCUS: What are your five favourite albums of all-time?

Koncept: It’s hard to really say, but definitely A Tribe Called Quest’s Midnight Marauders, as well as Low End Theory, Nas’ Illmatic, Wu-Tang’s 36 Chambers… I dunno, those are a few right there. No particular order, either, [but] those are definitely my top.

TCUS: A lot of classics there. Your debut solo album, Awaken, officially came out in January. How would you describe the concept of that album?

Koncept: Well, it’s my debut album, it’s my firstborn. I put a lot of work into it, it’s a very personal album for me. [I’m letting you] know who I am, what I stand for, things that have happened in my life and things that I see around me. And I figured, it’s my introduction to everybody before we move further into my career, the next stages of music.

TCUS: It’s clear from songs like “Change” and “Awaken” that your music is really socially conscious, what’s your approach when you’re writing a song?

Koncept: I mean, everything that I write is just how I’m feeling at the time. There’s not a particular approach, I usually pick out the beats, you know, figure out the project that I’m working on and pick out beats, and I just kind of let the beat lead. [I] let the beat tell what I have to say, and the feeling behind it, the emotions, [just] let the beat speak for the song, see what I’m feeling at that time.

TCUS: You’ve got fellow New York artist Sene on your song “Getting Home”.

TCUS: I’ve been familiar with Sene for about a year or two now, how did you two first meet?

Koncept: I think we met, I want to say through J57. I believe that he met J first, and [then] we met somehow, I’m not even really sure. Just both being in New York, and whatever. And yeah, that’s my homie, that’s my brother right there.

TCUS: How did Brown Bag [AllStars] first come together, and what was your involvement?

Koncept: We all worked at a Fat Beats record store in New York City, which is unfortunately no longer with us, rest in peace. And yeah, we all started working there, we were all previously in other groups and etcetera… and then at that point, as solo artists, we all met and became friends, and started hanging out, and then it was just kind of natural that we started working together and everything. Everybody’s sound is different, and it just worked well together. And being that we were already friends, it just clicked.

TCUS: Who’s the funniest guy of the Brown Bag crew?

TCUS: You’ve got two producers in your crew, you already talked about J57, and The Audible Doctor [being the other one]. What makes each of these guys stand out from one another? 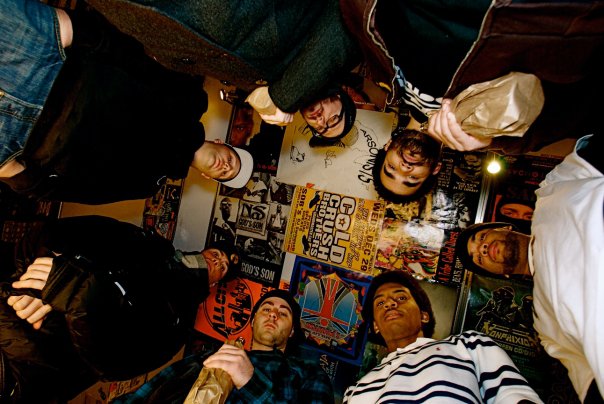 Koncept: We also have DJ Element, he’s producing in the group as well. But I mean, I guess their styles are just different, you know what I mean? They’re both two of the most talented producers that I know of at all, period. I think, as far as up-and-comers, and period, at all. Their styles are different, but they’re both very hard. Audible Doctor is I guess more [into] samples, and lot of soul stuff, but J can also do that as well. And they can do both styles, and then J sometimes, he plays a lot of different things, and also has the electronic style that he does, like he did on his album Digital Society. But yeah, I guess that’s where they’re different.

TCUS: What was it like working with Royce Da 5’9” and Marco Polo on “Watch The Sky Fall”?

Koncept: It was great. Royce Da 5’9” is definitely in my top favourite artists, so it was an honour working with him, and Marco Polo is the homie. Yeah, it was a real blessing to do that track.

TCUS: Are there any other artists that you’re looking to collaborate with in the future?

Koncept: Not necessarily, I mean right now, I’m just working with all the people that I think are really talented, and keeping everything in house, in family, and working with Brown Bag is all that I really care to work with. 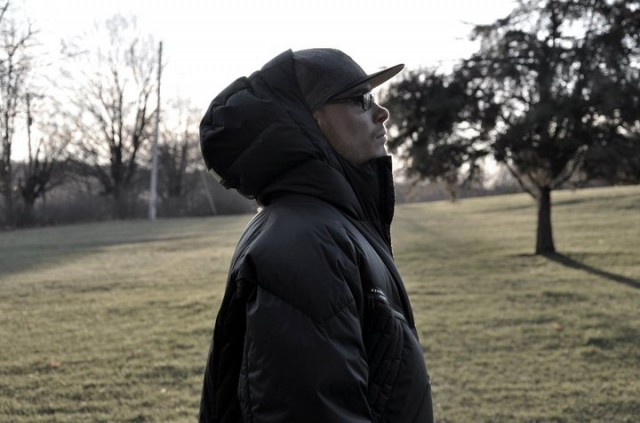 TCUS: You mention in an interview with Hip-Hop Kings in UK that your personal favourite track [on Awaken], and the favourite track of a lot of other people, is “Save Me”. And it definitely has a lot of personal meaning, and you said that some of the things that you say in the song, you probably haven’t even said out loud before. What do you think it is about music that allows you to say certain things that you haven’t voiced before?

Koncept: I mean, music is an expression, and that’s what makes music so powerful. And, you know, I’m a fan of music, just as a fan I’m saying, with listening to other people’s music and you get a real feeling from the music. And that’s what music’s about.

TCUS: From another one of your songs, “Aspirations”, you have a line that goes “It’s only worth living if my living works with me.” Can you talk about this a little bit?

Koncept: Yeah, I mean, everybody wants to do a job that they love, right? And this is what I love to do, and I couldn’t see myself in life doing anything else but making music. So that’s what that is.

TCUS: In the same song, you also talk about what’s most important being applause from your fanbase, and the “presence of a genuine smile and a handshake.” What are you getting at here?

Koncept: Well, because you know, I make music for myself, but I [also] make music for other people. And there’s no better feeling than having people really appreciate what you do, and giv[ing] people music that they love to listen to. And it’s a great feeling to get that love from people, and to meet people at shows and have them tell you how big of a fan they are of yours.

TCUS: Is that your actual grandpa in the video?

TCUS: Oh, okay. In another line, you also say “a lotta dreams, a lotta plans, but still a lot of work to do.” What plans do you have for the future?

Koncept: To keep making music, and [keep] doing what I love. And keep touring, and just keep putting out quality music that people enjoy. And you’ve got to work hard at what you do if you want to be successful, and that’s what I’m doing.

TCUS: What’s the story behind the blow-up doll that I’ve seen in a couple of your videos?

Koncept: [Laughs] That was just a prop, we used that for the “Feel So Good” video, so we thought we’d bring her back. That’s Beverly, though… she’s real hot, that girl [laughs].

TCUS: That’s all from me, is there anything else that you wanted to say to the people out there?

Koncept: Yeah, thank you for all the support, make sure you go get Awaken, and much love!

TCUS: Thank you very much, and best of luck to you on the tour and in the future!

Koncept: Thank you, man. I really appreciate it.