Maybach Music group member Stalley, Juno nominated producer and artist Rich Kidd, The Antiheroes and London’s very own NGA (Ngajuana) came out to APK Live June 1st, 2012 for a more than impressive show. With a lineup of artists this talented, the feelings from many looked as if it was going to be an unforgettable event. With DJ DoubleDown kicking off the night’s entertainment, he kept the crowd occupied as they talked amongst one another patiently waiting for the evening to get started. 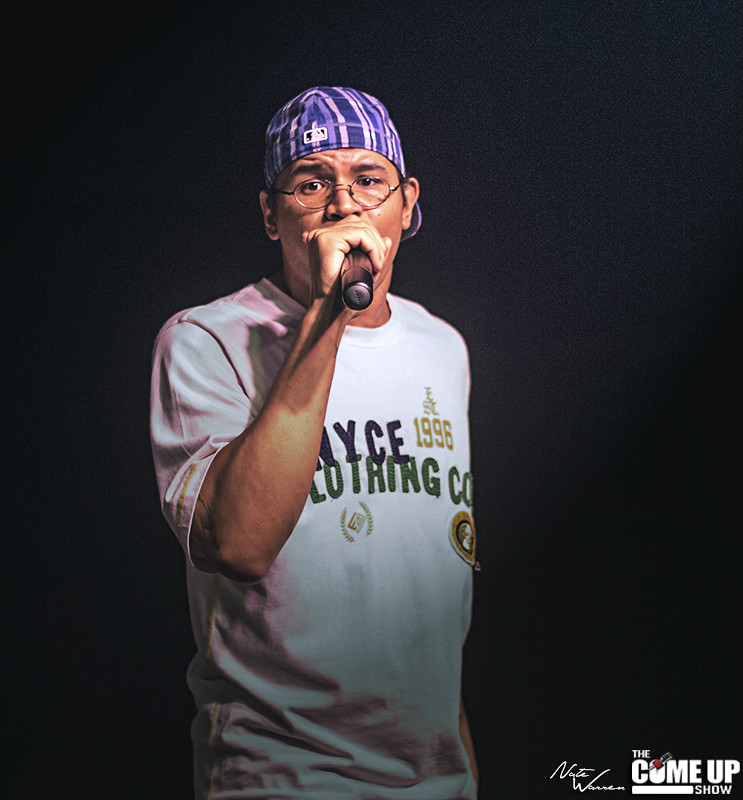 It was a slower night than usual at APK Live. However, that didn’t stop the artists from accomplishing what they came to do. London, ON native Ngajuana was first to hit the stage. Stimulating the crowd he performed a series of songs including; Spitfire, The Unwound, Loser and Yardwork. Continuing to show his support, Ngajuana made his way around the venue after his performance to thank those who took the time to come out and show their love. 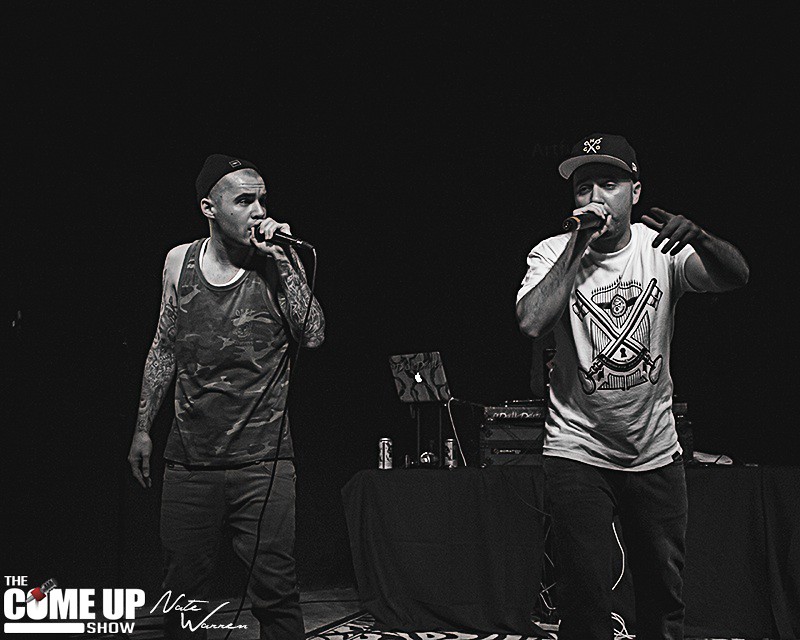 The Antiheroes were next to follow, consisting of Sha Prince and Flex, the two emcees braced the stage. Throughout their performance the duo from Toronto exuberated a flow and delivery of music that was unique to see. After their first song they started giving out free albums to those who made the effort to come to the front of the stage. However, they rocked the stage as if the venue was packed. Performing songs like “Everyday” and another well known song titled “Listen up”, which will premiere on Much Music coming in the near future. 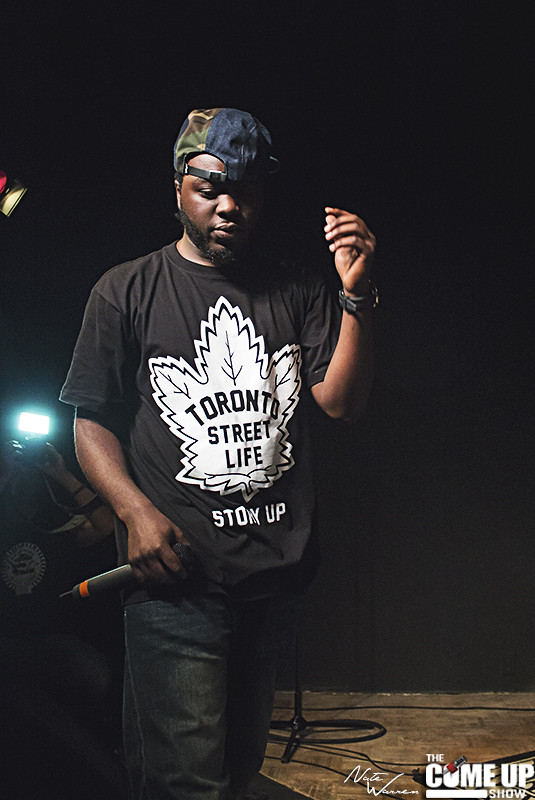 Bottle of Courvoisier in hand, Juno nominated artist and producer Rich Kidd put on a memorable performance. Being that it was my first time seeing Rich Kidd live, it was safe to say the passion he possessed that night was extraordinary. Alongside Gudini and DJ NaNa, the energy from the trio as the night progressed proved to be incredible. Song after song Rich Kidd kept the show moving with solid production and lyrics on every track. Performing songs such as; “Take it Slow”, “Salt and Pepper”, “15 Bottles” and “Confusion” which is a song featured from Rich Kidd and DJ NaNa’s 2nd installment of the “VS” series. Singing during his set, Rick Kidd showed us that he wasn’t shying away from his R&B side, jokingly stating that he was releasing an R&B album. Before departing, Rich dedicated a song to a friend named Dirty Keyz who had passed away. Slowing things down, he performed “Ridin’ Solo” before exiting backstage. 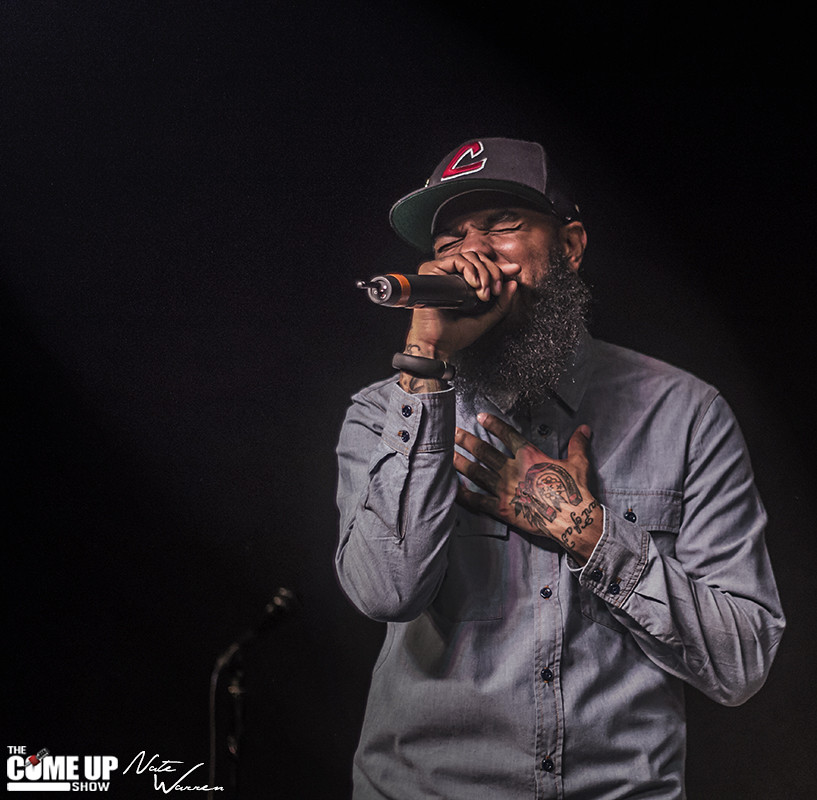 With a sparse but lively crowd, MMG recording artist Stalley walked on stage. Rocking his notorious Cleveland Indians fitted hat decorated in pins, while also being dressed in a long sleeve button down shirt with Jeans and blue Jordans. It was surreal to see the artist in front of me as he had arrived for his tour through Canada. Jumping into some older material Stalley performed Midnight Satori, coming from “Songs by Me, Stalley”. Once he started to perform his newer material such as the standout song “Hammers and Vogues” the Ohio rapper made it hard for the audience to contain themselves as they uncontrollably jumped around. However, the energy from the audience towards Stalley still wasn’t enough as DJ NaNa requested more from the fans during their set. As photographers and videographers moved around in the audience, Stalley continued his onslaught of songs including; “Party Heart”, “BCGMMG”, “Cold” and “Home to You” which were all tracks off his latest mixtape “Savage Journey to the American Dream”. His live performance was spot on as per the album. If I were to close my eyes it would seem as if I was at home listening to the mixtape through my stereo. 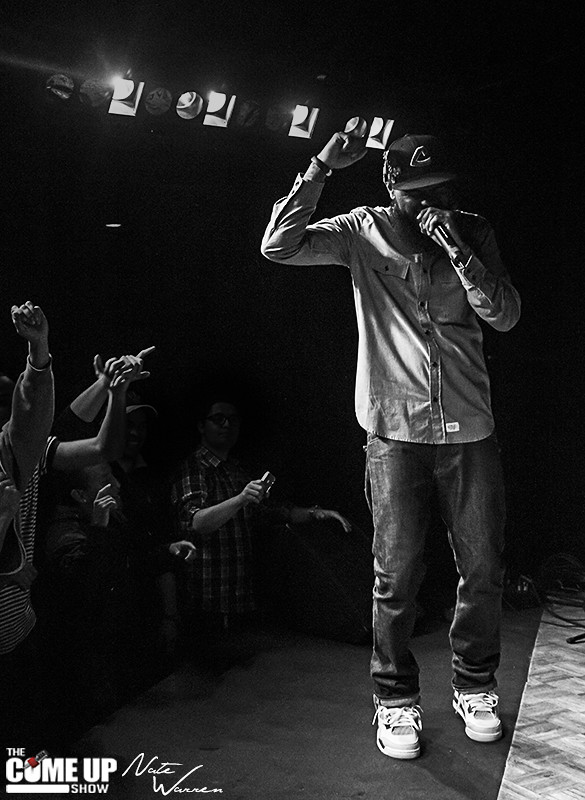 Despite a low turnout the crowd was boisterous and energetic. One could only hope that the next time around more people would be present. It may have been slower than usual but the charisma from everyone in the building that night outshined that fact. Nonetheless, the artists who took the stage made it an eventful night from start to finish. Overall it can be said that it was an experience to remember but more importantly, to be a part of.