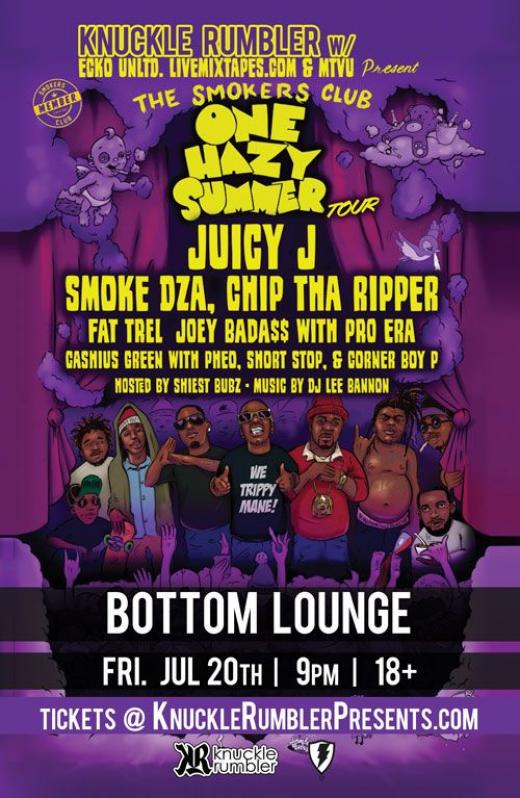 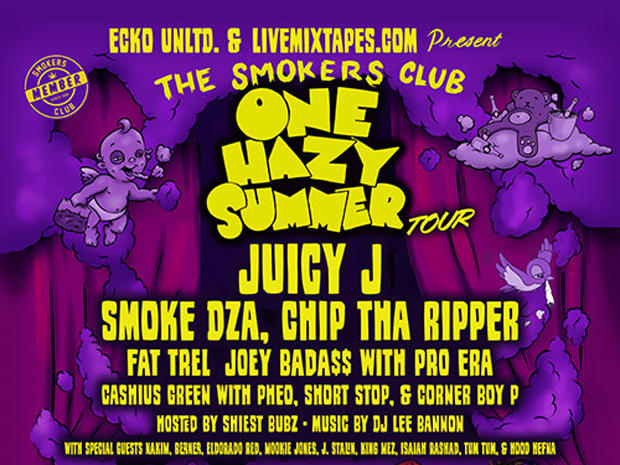 The Smokers Club is back at it this summer with another killer line-up. This summer the tour will be making Canadian stops in Montreal (July 14th) & Toronto (July 15th). I just grabbed my tickets, excited for the show, in particular Joey Bada$$ as ive been listening to his “1999” mixtape heavily since its release. Along with Juicy J, Chevy Woods & Smoke DZA headlining its looking to be a dope show, no pun intended.

Check out Joey Bada$$ video for Hardknock below, a tune im sure will be heard at this show.