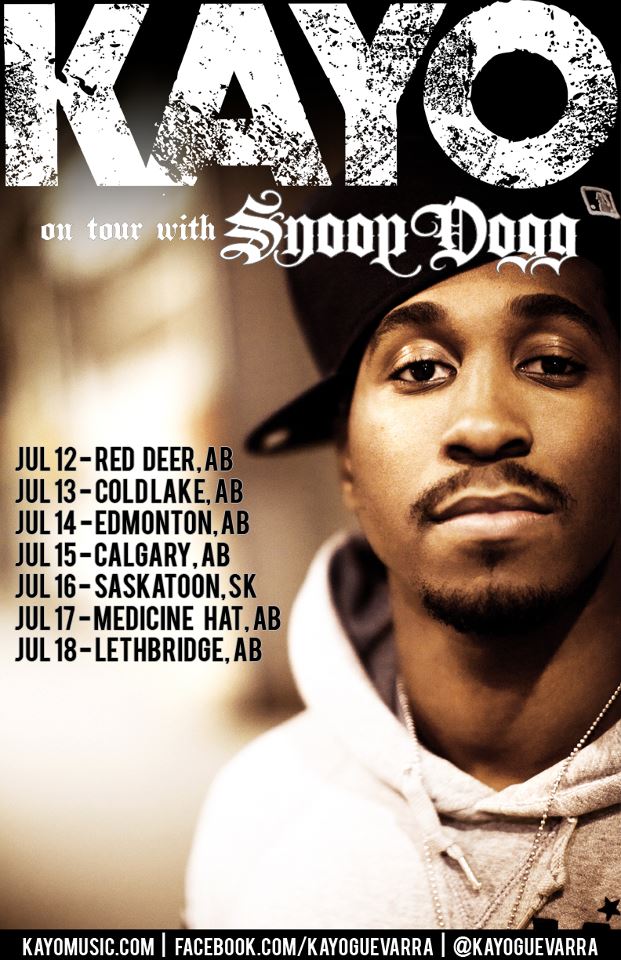 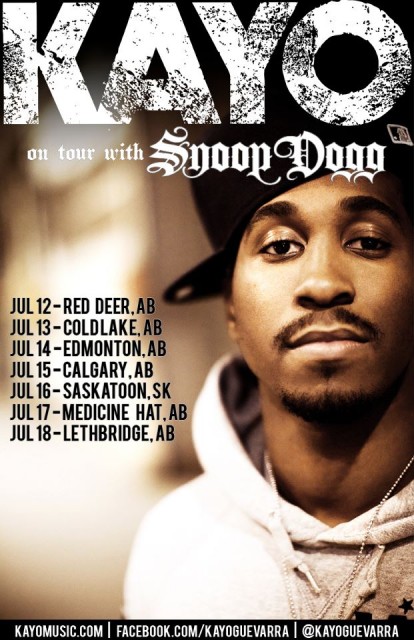 Kayo Guevarra has big news. The Halflife/EMI artist has a mixtape on the way titled The Escape Movement, which will be his first full project since signing with EMI. Kayo also announced that he will be joining Snoop Dogg for several tour dates in Alberta, from July 12th-18th. For more on the St. Lucian-born, Canada-based artist, check out Chedo’s interview with him. Check out the video announcement and show details below, and be on the lookout for The Escape Movement coming soon.

The mixtape is entitled ‘The Escape Movement’. I’m particularly excited about this because it is the very first full length project I will be putting out since being signed to Half Life/EMI. As I progressed in my career, I ended up putting out a lot less music. This was never on purpose, it just kind of happened that way as a result of concentrating the other elements of this whole thing more. Therefore, I felt like I owed to the people that been riding with me since day one, as well as the new comers who have very few reference points to me and my music. The Escape movement features production from Cam Smith, RitchCraft, Young K, Chris Noxx from the multi platinum, Grammy Award winning songwriting & production team – Tha Piecemakerz; and of course Classified. Guest Appearances include Geeter, Quake, Intalek and Rich Kidd. Stay tuned for lots of visuals to accompany this project! We’ve been working on this for quite a while and I’m glad we got the go ahead to proceed with this project. I hope you guys like it. – Kayo