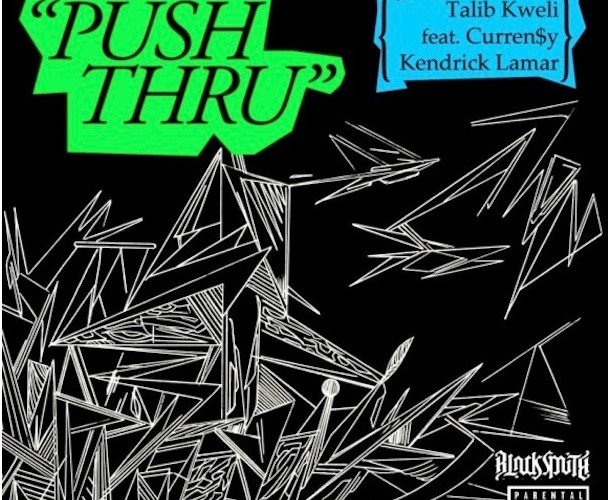 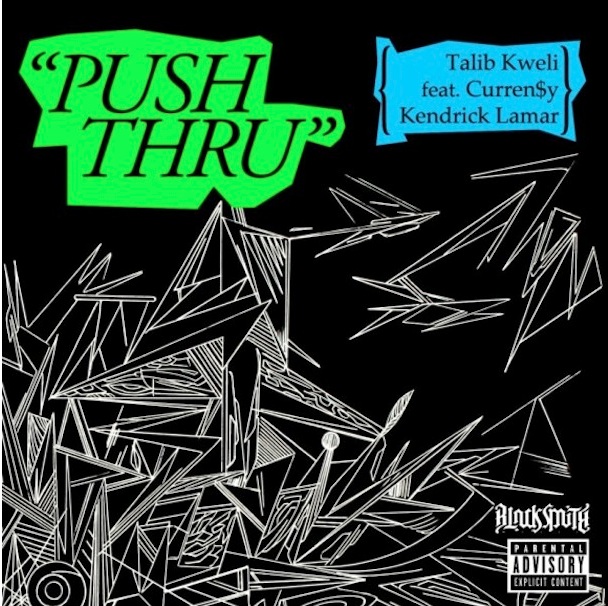 Talib Kweli is gearing up for his upcoming album titled Prisoner of Conscious, set to be released sometime in October. Here is a big (unexpected) collaboration from the album with Kendrick Lamar and Curren$y called “Push Thru”. Each emcee takes a turn spitting over this Symbolyc One aka S1 production, S1 is the same dude that produced Kanye’s “Power”. Curren&y opens things up nicely but Talib and Kendrick definitely steal the show. No introduction needed for those two, so go ahead and stream “Push Thru” below. Also check out the tumblr post from Talib where he gives a stream of the full song off Prisoner of Conscious that features an extended verse from Kendrick.

The ONLY true version of Push Thru ft Curren$y and Kendrick Lamar, produced by Symbolic One, with Kendrick’s correct verse. New, from my album Prisoner of Conscious, out October on Blacksmith/EMI. Follow my lead. Be on the look out for my mixtape with Z-Trip, Attack The Block! Soon come. Cheers!