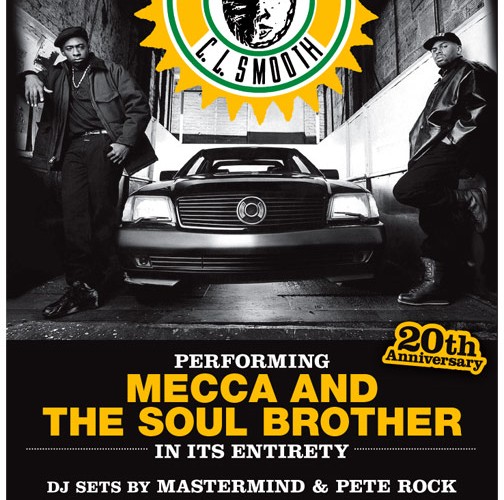 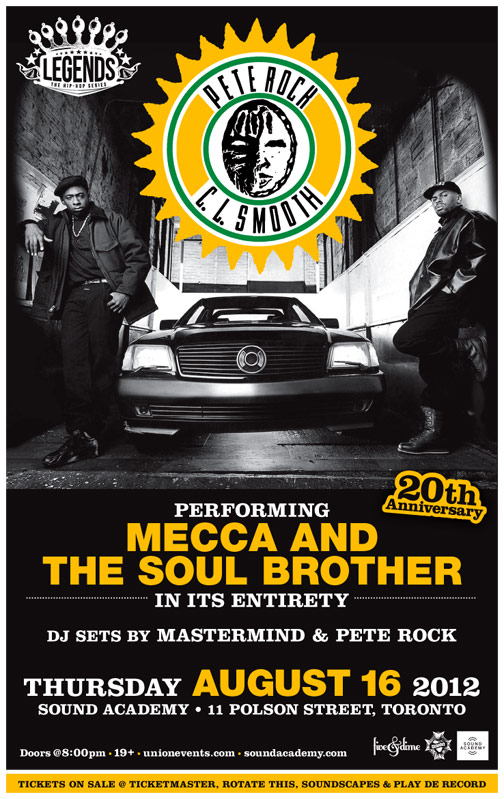 To celebrate the 20th anniversary of the classic album “Mecca and the Soul Brother” album legends Pete Rock and C.L Smooth will be performing the album in its entirety at the Sound Academy. The critically acclaimed debut album has been widely acclaimed as one of the greatest hip hop albums of all time. The classic track “They Reminisce Over You T.R.O.Y” is one of the most popular and heavily sampled songs in Hip Hop history with endless remixes to the original song. There has recently been some controversy about the song and Lupe Fiasco’s usage of the sample for his record “Around My Way”. Producer Pete Rock has been very vocal about his dissatisfaction with Lupe’s usage of the sample expressing his concerns online and on twitter. Lupe claims he did in fact receive approval for usage of the sample but has since not commented on the incident. Be that as it may the song and album will forever be herald as a classic moment in Hip Hop history. Get your tickets early before they are all sold out.

Bonus: The good folks over at Manifesto are offering a special deal for concert goers. Enter the code tdot when purchasing your tickets online and receive $7.50 off your ticket price. A portion of the sale will be helping to fuel Manifesto 2012.