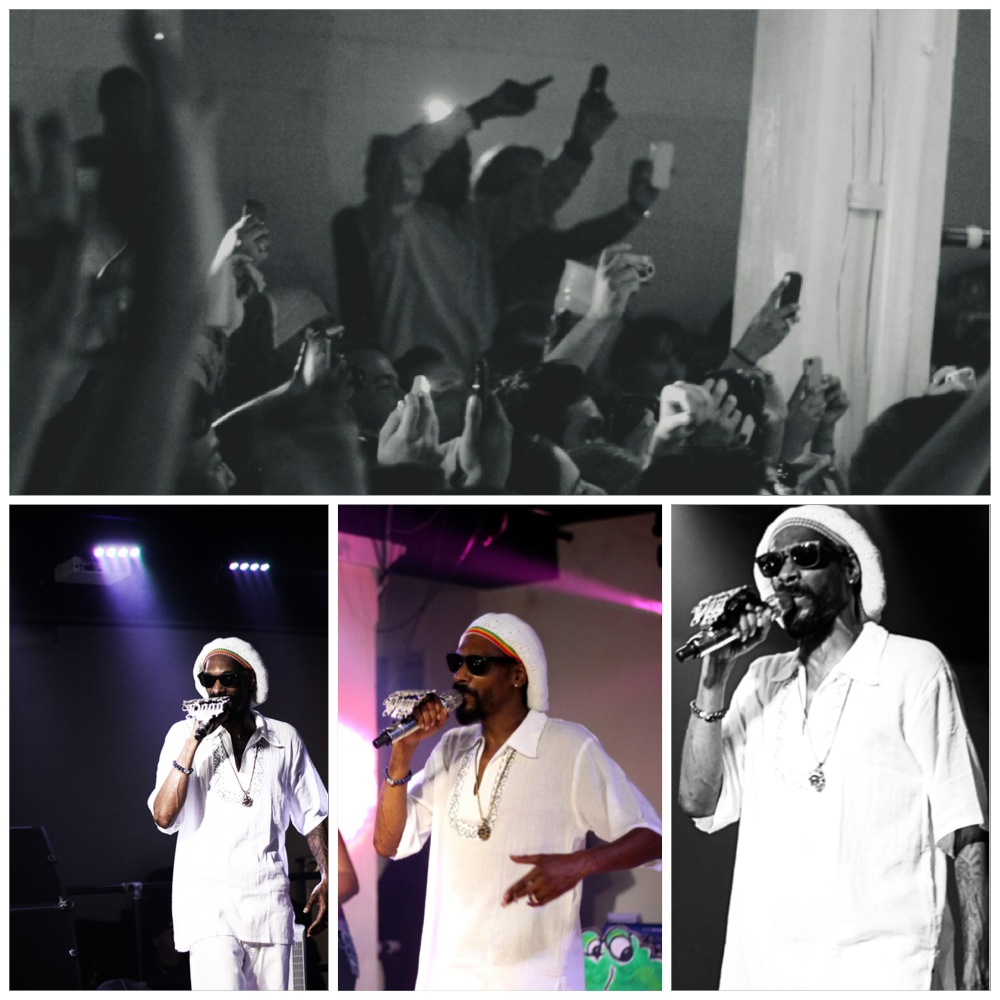 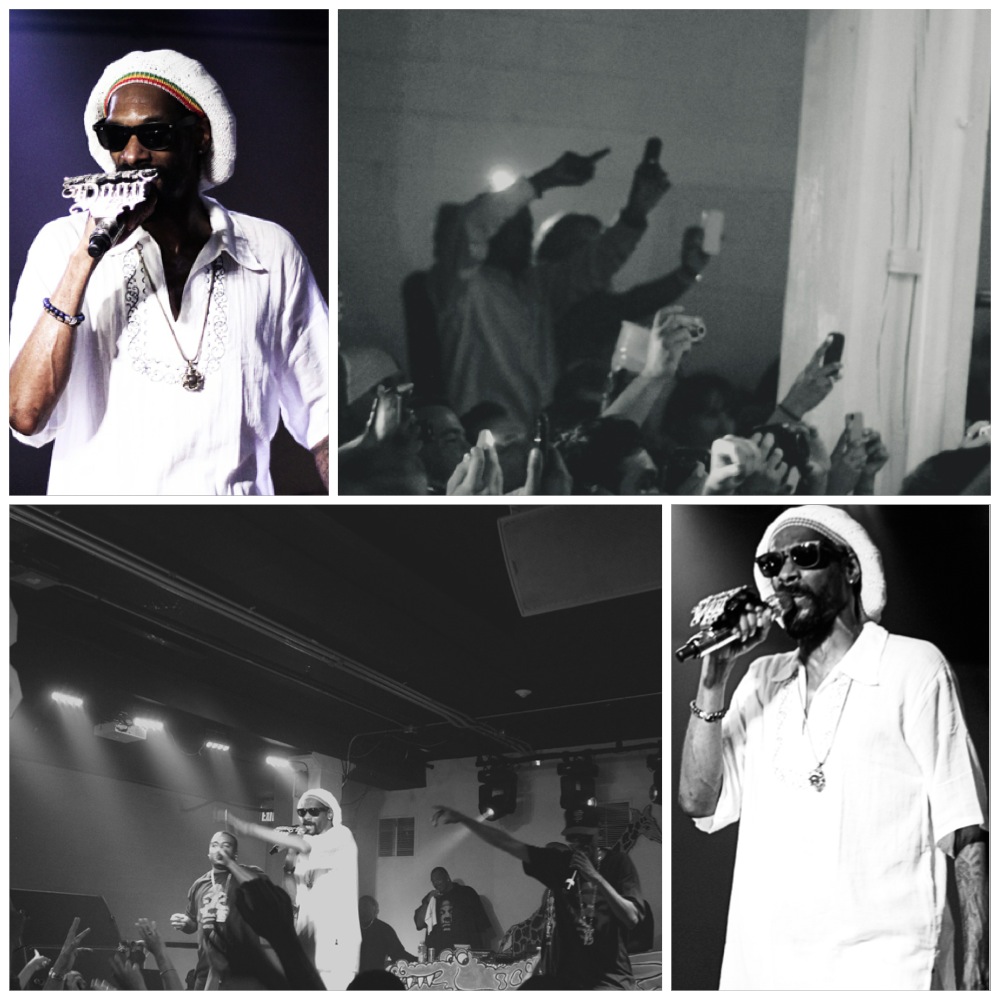 On August 3rd, 2012 Snoop Dogg, who now goes by the name Snoop Lion, performed alongside his band “The Jungle” at The Hoxton in Toronto during the 2012 Caribbean Carnival. It was a beautiful night downtown as Eager fans arrived early; all to witness the legend as well as the new, reincarnated version of Snoop perform. It was evident this would be an interesting show, seeing how fans would react to the rappers new moniker and style of music.

Walking into the Hoxton it was clear that this was an all around nice venue. The atmosphere inside included several props of giraffes, lions, alligators and life size cutouts where people could take pictures. Nice lighting and fans mounted on columns provided a comfortable feeling for the evening. Just after 8:00pm fans started to fill the venue purchasing alcohol while they talked amongst one another anticipating Snoop Lion to arrive. With more fans arriving fast music started to play as the DJ played classics such as: “Blow The Whistle” by Too Short, “Pass The Courvoisier” by Busta Rhymes and “Lean Back” by Fat Joe which all saw positive response from the audience as things began to pick up. Excited for Caribana the DJ left us with some Soca tracks, which were more than fitting as the venue began to reach capacity. Just after 9:30pm crews brought a visual screen on stage giving us a sneak peak at the documentary “Reincarnation” trailer as it followed Snoops journey to Jamaica where he records his Reggae album. After watching the trailer, fans cheered as they anxiously awaited Snoop’s arrival. By now the time was 10:05pm and the crowd was beginning to turn negative. However, as his entourage hit the stage smoking cannabis, the mood quickly shifted as excited fans held their cell phones high, in anticipation of Snoop Lion.

Emerging from backstage, Snoop Lion slowly made his way to the front of the stage as he too danced and sang to the reggae music being played. Dressed in all white, with a white hat to match, ecstatic fans recorded his every move as loud cheers echoed throughout the Hoxton. Apparently the rumor was that Snoop wouldn’t be performing any of his older material and that was becoming to look more like the truth. Opening his set with “La La La” the night had officially begun. After a reggae set which involved two female dancers taking the stage, Snoop Lion performed a reggae style version of “Gin N’ Juice” in which the crowd responded positively, singing along word for word. Previewing some new material off his reggae album, I was beginning to question if any older material would surface that night. However, to my surprise the next song that followed was “The Next Episode” as the entire floor was shook it seemed surreal we found ourselves singing along to such a classic song live. Sticking to his more of his older material, the next song performed was “Nuthin’ But a ‘G’ Thang” as everybody thoroughly enjoyed this as well. A reggae style version of his song “P.I.M.P” came after as well as his hit song with Akon “F*** You” as the two female dancers made another appearance on stage.

Taking a quick “smoke break” on stage, Snoop jumped into his newer style of music yet again, performing reggae songs; including another reggae remake of his track “Drop It Like It’s Hot” to the likes of many. One song that stood out during the night was “Who Am I (What’s My Name)” which saw the crowd chant “Snoop Doggy Dog”. Shortly after, Snoop Lion, along with his entourage behind him performed “Young, Wild & Free” as the entire crowd came together to sing the infamous song, waving their hands, moving side to side. To end the night, Snoop performed “La La La” once again before leaving the stage as he said “Jah, Rasta for life.” 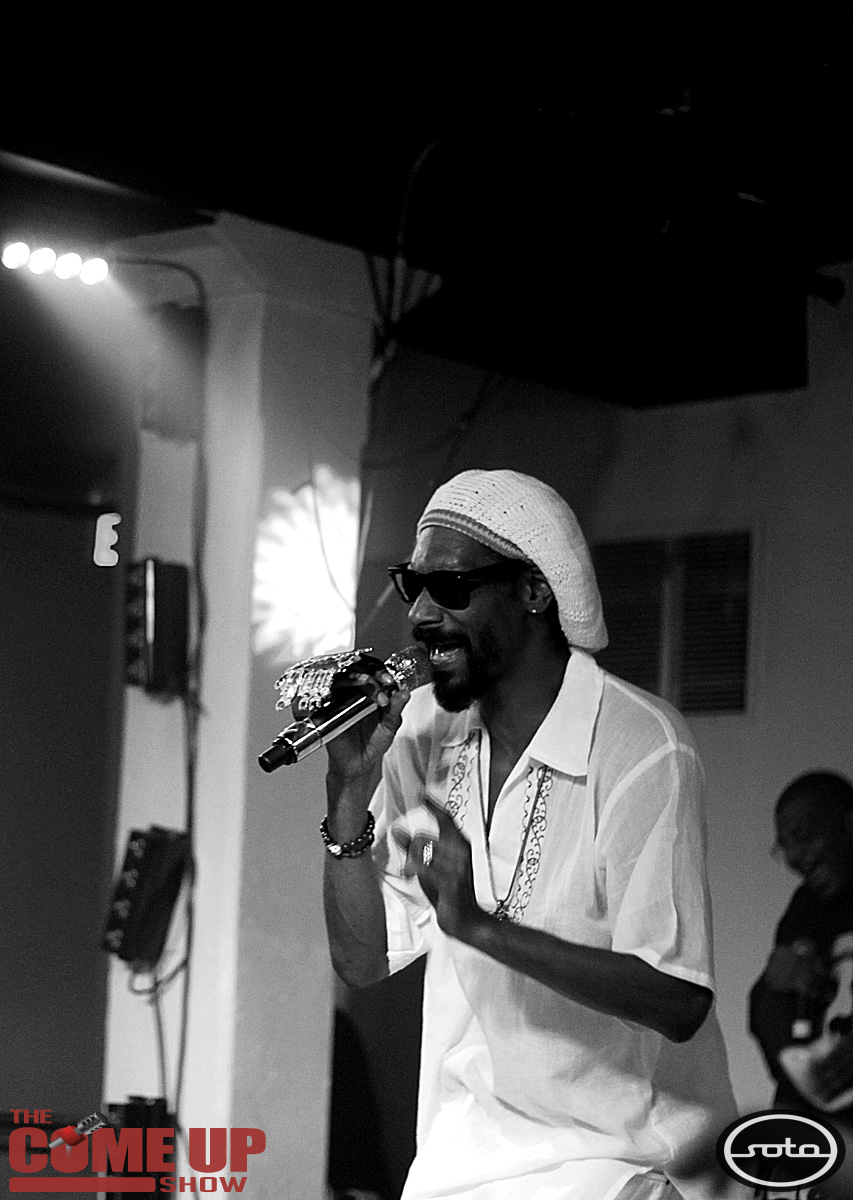 Overall, this event was definitely a unique experience. Regardless of his new persona, it seemed as if people came to watch the legend Snoop Dogg. Although his reggae might not be the greatest, Snoop Lion still saw support from everyone in attendance that night. Snoop Lion will be releasing a full-length reggae album entitled “Reincarnated” via VICE records later this year. He will also release a film as well, also titled “Reincarnated” which will premiere at the Toronto Film Festival in Canada in September. His first single, “La La La,” is available now and was produced by Diplo of Major Lazer. Let’s just hope that Bob Marley, I mean Snoop Lion can be just as successful.