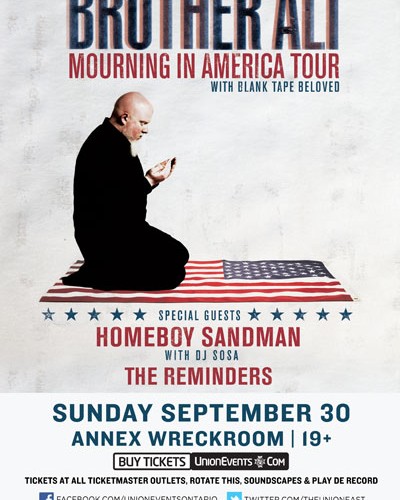 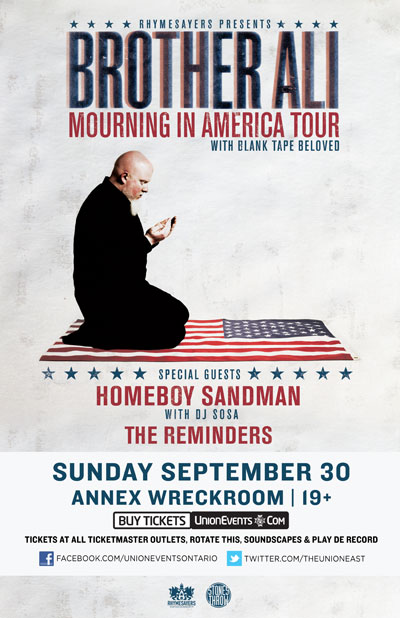 Rapper Brother Ali, who is signed to Rhymesayers Entertainment will be coming to Toronto on September 30, 2012 alongside special guests. It has been said that he finds much of his inspiration from late 1980s rappers such as KRS-One and Rakim while also having an appreciation for “mainstream” artists such as Jay-Z, Rick Ross and Lil Wayne. His unique delivery of lyrics should make this show an interesting one.