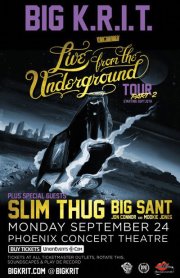 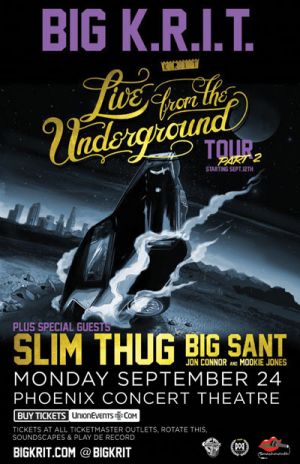 Mississippi native Big K.R.I.T. will be coming to Toronto on September 24, 2012 alongside Slim Thug, Big Sant, Jon Connor & Mookie Jones. After releasing his debut studio album “Live from the Underground” on June 5, 2012, he reached the number 5 spot on the US Billboard 200. At just 24 years old, he has collaborated with artists such as Ludacris and T.I. Big K.R.I.T. is making a name for himself, undoubtedly becoming a staple in the rap game.