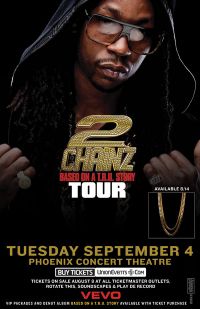 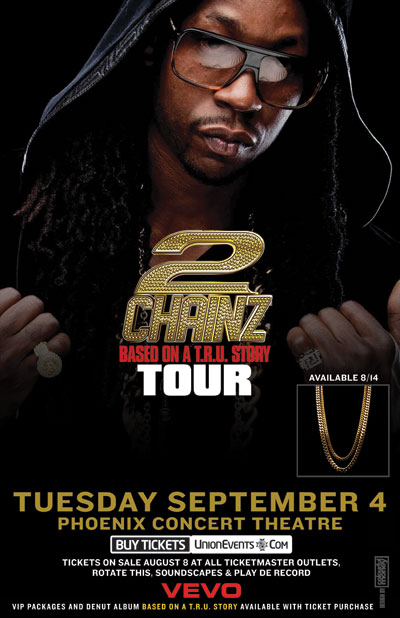 On September 4, 2012 Rapper 2 Chainz will be coming to the Phoenix Concert Theatre in Toronto. Being one of the hottest MC’s in the game right now, 2 Chainz has been featured on tracks with heavyweights like Drake, Nicki Minaj and Chris Brown. After co-signing with G.O.O.D. music and releasing his debut album “Based On A T.R.U. Story” it will be interesting to see what he will bring to the table as this is definitely not an event you want to miss.