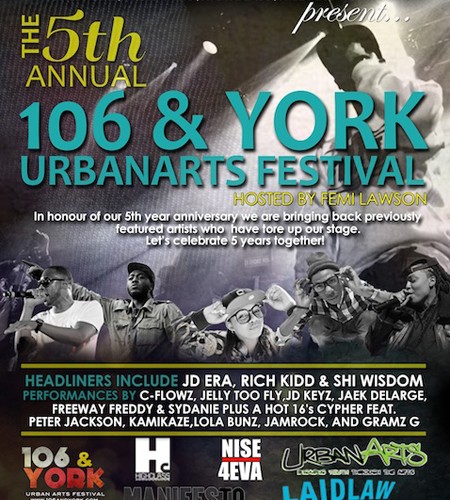 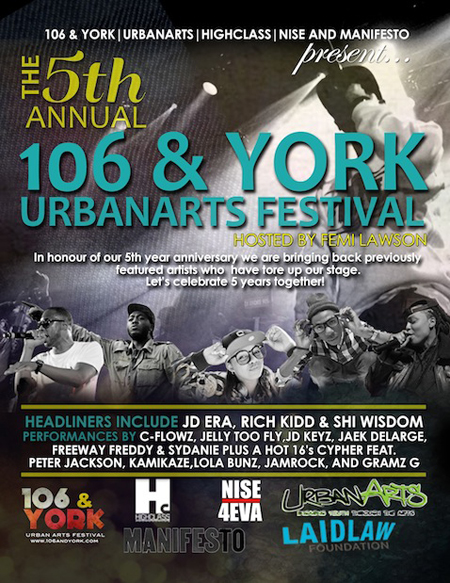 (Toronto) On Friday August 31st, 106 and York Urban Arts Festival’s will be celebrating by bringing together the city’s top artists for an annual youth arts festival that happens in Toronto’s North-West communities. Now in its fifth year, the event celebrates the talent of performers and visual artists from across the city. Headliners for this year’s events include JD Era, Juno-nominated producer/MC Rich Kidd, Shi Wisdom, JellyTooFly, and many more. This is an event worth attending and a great way to end the summer!

Here is some footage of artists that performed at last year’s event.