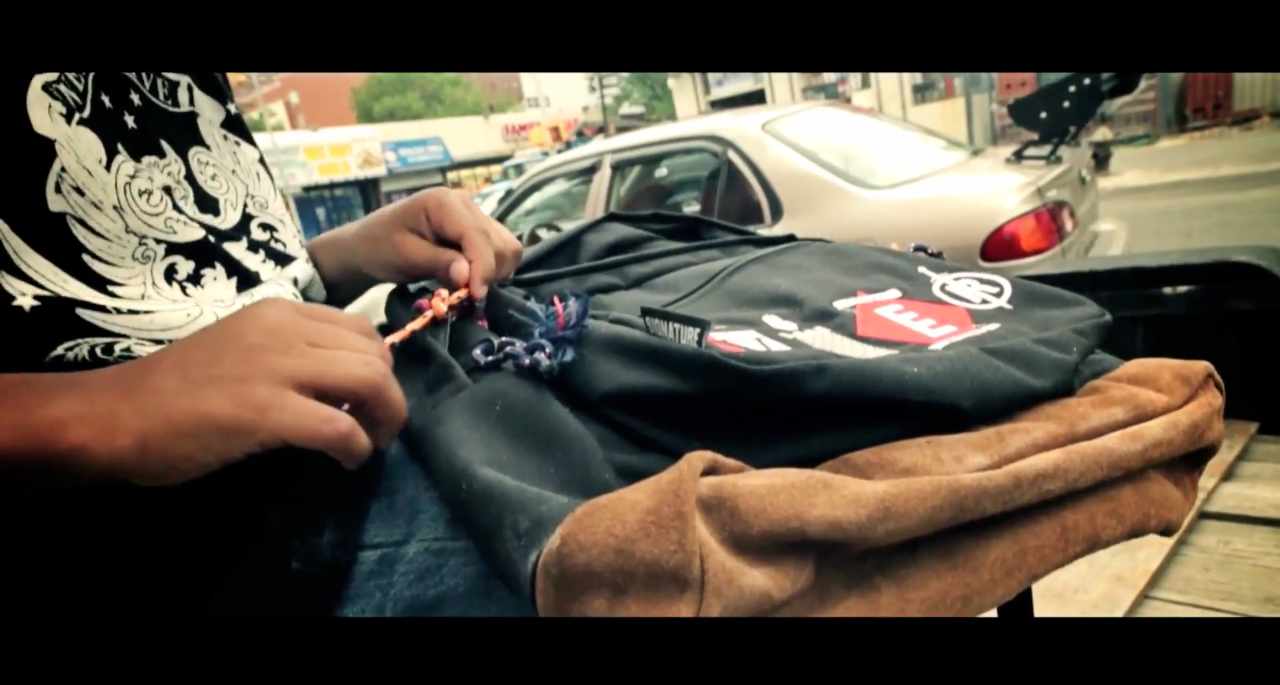 Skyzoo just dropped the visuals to “JanSport Strings”, the lead single off his upcoming sophomore album A Dream Deferred. The video release for this 9th Wonder-produced track comes less than a week after the release of Skyzoo’s mixtape, Theo vs J.J. (Dreams vs Reality), which is intended to serve as a bridge between The Great Debater and A Dream Deferred. Read what Skyzoo had to say and check out the video below. A Dream Deferred is set to be released on October 2nd, through Duck Down Music/ The Faculty.

“The video, directed by Anthony Sylvester, was shot throughout Bed Stuy, Brooklyn NY. The theme was to show the parallels between me as a 9-year old aspiring emcee and me now as an accomplished emcee and artist, and how the things around me that groomed me haven’t changed. The song is a 3-minute auto-bio of me as a kid in Brooklyn. The ending is a clip from Video Music Box, the legendary NYC video show run by DJ Ralph McDaniels. This episode in particular was the debut of Chi-Ali’s ‘Age Ain’t Nothin But A Number’. Seeing that video that day on this episode of VMB made me start rhyming. This clip was literally the moment that changed my life. And the Chi-Ali tee shirt is pretty amazing. They’ll be on sale soon. Enjoy…” – Skyzoo