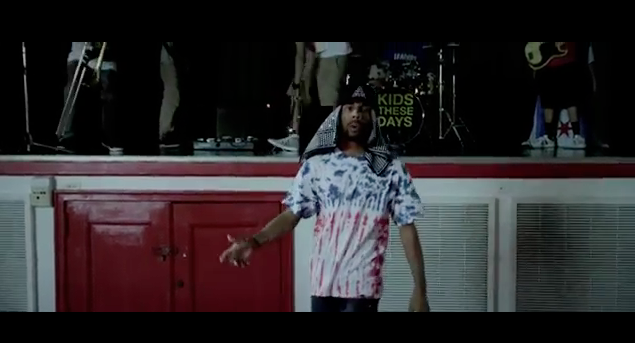 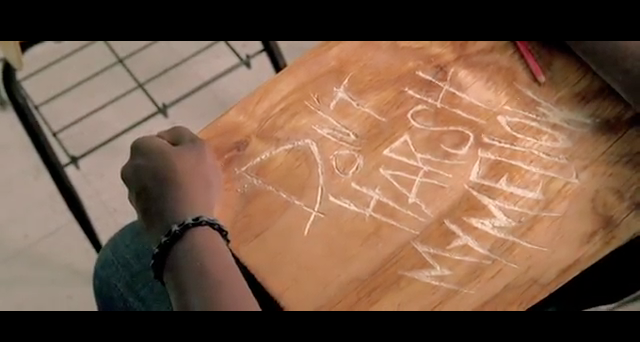 Macie Stewart (Vocals/Keys), Nico Segal (Trumpet), J.P. Floyd (Trombone), Lane Beckstrom (Bass), Greg Landfair Jr (Drums) Liam Cunningham (Guitar/Vocals) and Vic Mensa (Emcee) comprise the Chicago collective known as Kids These Days. Their new project Traphouse Rock is just around the corner and after an epic trailer for their first single “Don’t Harsh My Mellow”, today we get the finished product. The Austin Vesely & Elijah Alvarado directed video takes place in a high school where the kids and the Kids pretty much eff sh*t up! Vic Mensa takes the lead on the single with raw verses throughout, while his band accompanies him with some CRAZY sounds. This is an explosion of music, and is truly something I have never heard before, specially in the world of hip-hop. I’ve been on Vic Mensa and Kids These Days since their arrival on the scene a few years back, so hopefully the release of Traphouse Rock puts them in the much deserved spotlight. Take in the visuals below. Also be sure to check out our recent interview with Vic Mensa and get familiar with these kids! Traphouse Rock coming fall 2012!