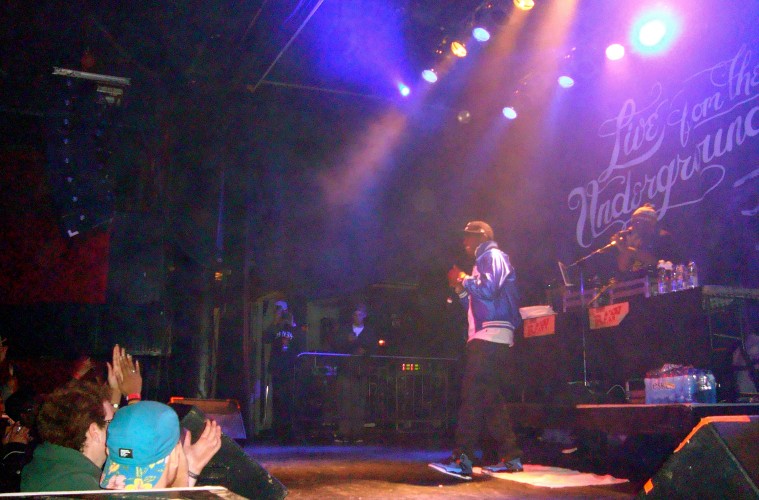 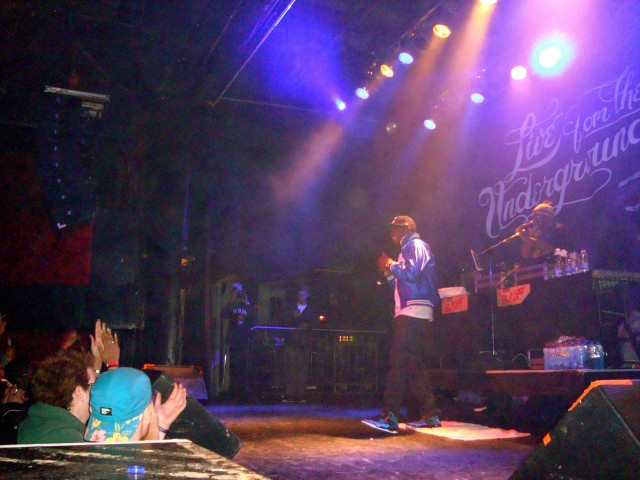 On September 24th, 2012 Mississippi native Big K.R.I.T. made his way to Toronto’s Phoenix Concert Theatre as part of his Live From The Underground Tour. Special guests included: Big Sant, Tito Lopez, and Slim Thug. K.R.I.T. has opened for major artists such as Wiz Khalifa, while being recognized as one of XXL’s Top Eleven Freshmen of 2011. He also contributed by co-headlining last year’s “The Smokers Club Tour” alongside Method Man and Curren$Y. With Big K.R.I.T. on the rise, it was apparent that this event was going to be that of something special.

Upon my arrival at The Phoenix Concert Theatre, I made my way inside the venue while finding a comfortable spot for the evening. The first act of the night had already begun, as Mississippi rapper Big Sant performing on stage. Showing a great amount of energy, Sant jumped into some tracks including his verse from “Soda Water” as well as the track “2 Much”. Before exiting the stage, he made a point of people mispronouncing his name. To clarify the confusion he spoke to the audience and jokingly told us the proper way of saying it. Nonetheless, Sant did a great job of getting the crowd hype before the next artist hit the stage. Even though it was a smaller crowd during this time, fans were very lively, showing their appreciation. As the audience awaited the next performance, the DJ kept the crowd entertained as he displayed a short set of some great music that was enjoyed by the crowd.

Rapper Tito Lopez picked up where Big Sant left off, by continuing to deliver a high amount of energy. Making his way on stage he wore a grey hooded sweater and camouflage pants, all while holding a towel in his hand. Tito started to perform a majority of tracks from his mixtape “The Hunger Game”. Songs off the tape included: “Try Me”, and “Conversation”. Speaking to the audience, Tito told us that this was his first time performing in T-Dot, shouting out artists such as Drake, Kardinal Offishall, and The Weeknd, as the crowd made noise. With onlookers really enjoying themselves, he performed, “Mass Appeal 2.0”, “They Told Me”, and “Mama Proud” which was definitely a crowd favorite. These tracks came from The Hunger Game mixtape as well. He also paid his respects to DJ Premier and the late Guru. Tito finished off his electrifying set by performing his new single entitled “The Blues” which is produced by, Organized Noize. Exiting the stage, Tito received many cheers from audience members. 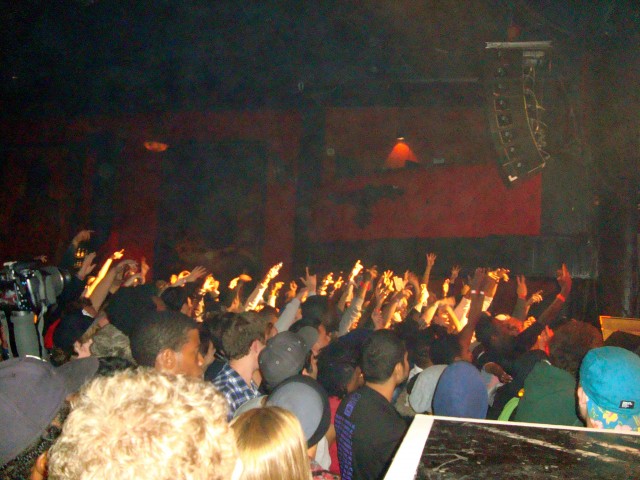 Shortly after, I ran into Big Sant, who than introduced me to Tito Lopez. Both of them were very humble as we talked briefly about their music before giving one another props.
The time was now 9:00pm as people were still entering the Phoenix Concert Theatre. Another DJ took the stage as we all awaited the next performer. However, the wait didn’t seem that long due to the fact the DJ had put together a great mix. Some of the songs blended included: “Bandz A Make Her Dance”, “Goldie”, “Swimming Pools”, “Gangbang”, “I Don’t Like (Remix)”, “Riot” and “Birthday Song”.

Without warning, we heard “Slim Thugga Motherf*****”, as Slim Thug emerged from back stage, while his track “Thug From Around The Way” played throughout the venue. Rocking a Billionaire Boys sweater, Hogg Life fitted cap, dark shades, gold chain, and a watch that would blind the average person; the Houston Texas rapper was officially in Toronto. Also hitting the stage was rapper Young Von who showed immense support, performing alongside Slim Thug. As he performed his single “Like A Boss”, fans in the crowd sang along, seeing that this was one of the best songs of the night. Another favorite from his set was his song “I Ain’t Heard Of That” which echoed through the speakers. Throwing free swag out into the crowd, Slim Thug took a hit from a joint longer than my arm before he did a track from his most recent mixtape “Thug Thursday”. Performing with good energy he got right into his popular song “I Run”. After doing some of his own songs, Thugga showed respect to other Houston rappers by performing “International Players Anthem” by UGK and some other classics. Slim Thug ended his 30-minute set respectively with his smash hit “Still Tippin”. 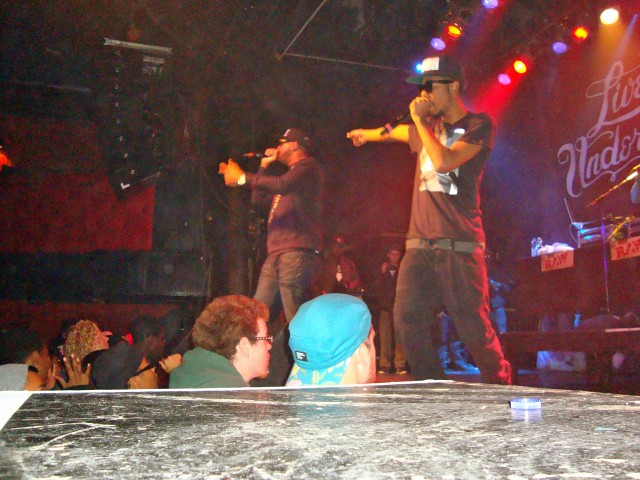 With Slim Thug’s set coming to an end, anxious fans awaited the arrival of Big K.R.I.T. as they began chanting “K.R.I.T.” numerous times. What seemed to have started off as a slow night; surely wasn’t the case when K.R.I.T. hit the stage, as the Phoenix Concert Theatre was now packed. Wearing a blue Dodgers jacket, white t-shirt, jeans, and a gold watch, K.R.I.T. kept it simple. Portraying amazing stage presence from the beginning, he performed “”Boobie Miles” while touching hands with some members of the audience in the front row. The energy inside the venue was through the roof and up next was the first track off his album Live From The Underground”. With a great flow, Big K.R.I.T. took over the speakers as he continued to perform with an incredible level of energy. Performing “4EvaNaDay (Theme)” with his hands held high in the air, the audience followed suit. 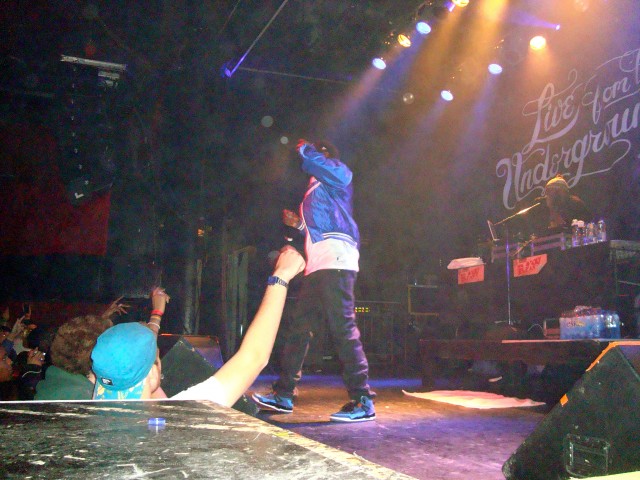 Rapping with passion not seen from very many rappers, he jumped into his next song “Yeah Dats Me” also off the album Live From The Underground. “Just Touched Down” came next, which is a cut off his 2010 mixtape “K.R.I.T. Wuz here. Big K.R.I.T. than got up close and personal with the crowd, standing on top of the floor speakers on both sides of the stage. As he stood front and center of the stage, up next was the track “Sookie Now” off the mixtape “Returnof4eva” while fans showed no signs of slowing down, moving their arms to the rhythm of the music. After taking a drink of water, the song “Me And My Old School” followed as both K.R.I.T. and his DJ extended their arm, as if they had their hand on the wheel while driving. Moving onto another song from the mixtape “Returnof4eva”, K.R.I.T. did the track “Rotation” swinging a towel around in circles as crowd members sang along. 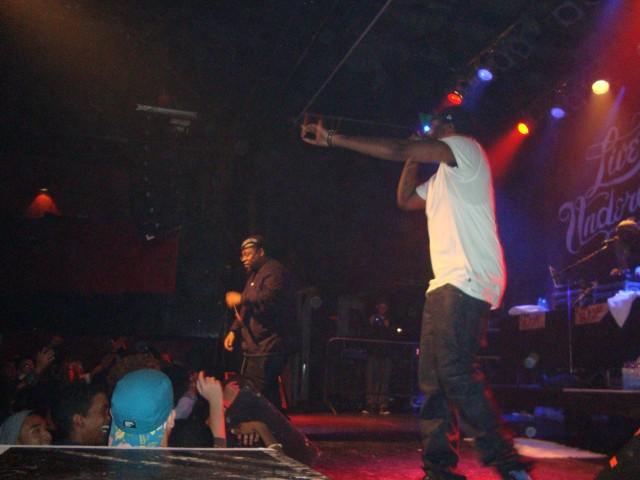 Bringing Big Sant back on stage, the two rappers performed their verses from “Pull Up” which is another song seen on Live From The Underground. The liveliness from both the artists and audience members was evident, as the crowd now began to resemble that of a mosh pit. Jumping up and down once again his song “My Sub, Pt. 2 – The Jackin” rang through the venue as the bass from the speakers could be felt from all directions. “I Got This” was the next track as K.R.I.T. told us to put our middle fingers high in the air. After splashing water into the crowd, K.R.I.T. disappeared backstage. His DJ cut some scratches back and forth, playing songs like “Stay Fly”, “Sippin On Some Syrup”, “Nuck If You Buck”, and “Mercy”. 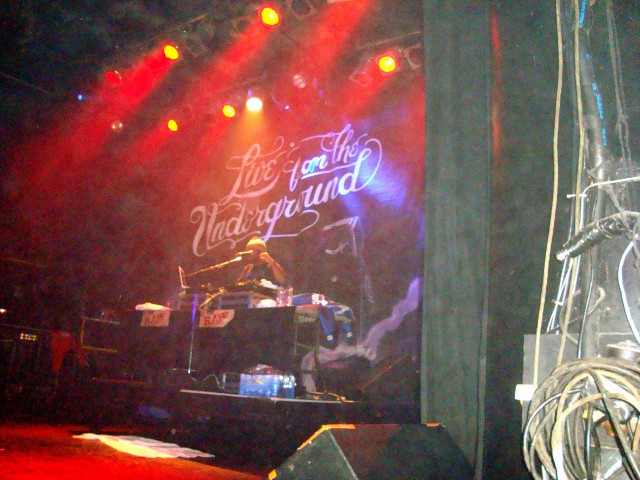 Coming back on stage, he performed “Moon & Stars” to the amusement of many as they could be seen waving their hands from left to right, loudly cheering once again. Slowing the tempo down, K.R.I.T. performed “Highs & Lows” also off the mixtape Returnof4eva. Interacting with the audience, he asked, “What y’all know about that Kush & Orange Juice mixtape?” While everyone began to cheer loudly, K.R.I.T. ripped through his verse from “Glass House” which is personally one of my favorite tracks from that mixtape. Keeping things going, he got right into his next track “What U Mean” as this was definitely another crowd favorite of the night. Still full of energy, he performed “Money On The Floor” which saw positive reaction from onlookers in the crowd, as they nodded their heads up and down. Up next came the track “Temptation” which had a nice vibe to it. K.R.I.T. took center stage once again, telling us to hold one finger in the air as he dedicated his next song “Hometown Heroes” to all of the heroes who fought for what they believe in. 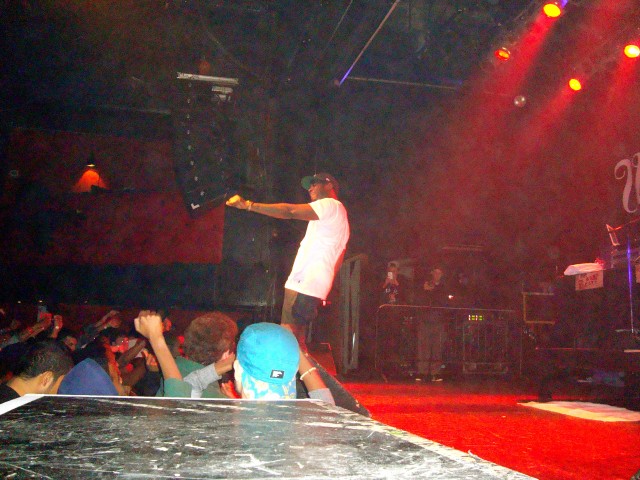 “The Vent” came next and just when we thought the show had ended, K.R.I.T. shouted to the audience, “Y’all Ain’t Tired Right?, As fans shouted back “NO!”. Speaking to the crowd he told us he was just a country boy as his track “Country Shit” rang through the building. Holding our middle fingers high again, Big Sant made another appearance on stage as they threw more water into the crowd, before bringing the show to an end. Without warning K.R.I.T. jumped off stage into the crowd, performing his last track as several fans circled around him. Making it out alive, he took his position back on stage as he thanked everyone for coming out. He finished the night off by taking some time to sign autographs, while others clapped immensely, showing their appreciation for his mind-blowing, energetic set. 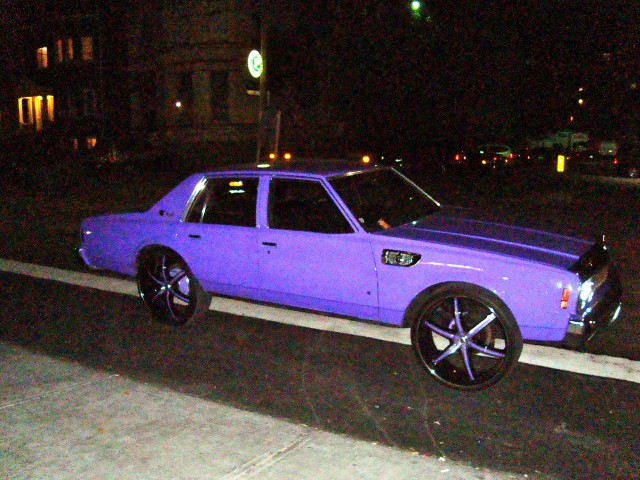 If you made your way out to the Phoenix Concert Theatre that night you were not disappointed. The sound within the venue was good, along with the lighting. With a great lineup, every artist on the bill that night gave it their all. The energy from start to finish was great to experience, while the night progressed forward very well. With limited waiting time between acts, fans left more than satisfied. If you’ve been sleeping on any of the artists mentioned in this review, you should definitely expose yourself to the great music these guys are releasing. Leaving the show I noticed a car parked outside that was on some “Country Shit”; very fitting to end off a night of great music.