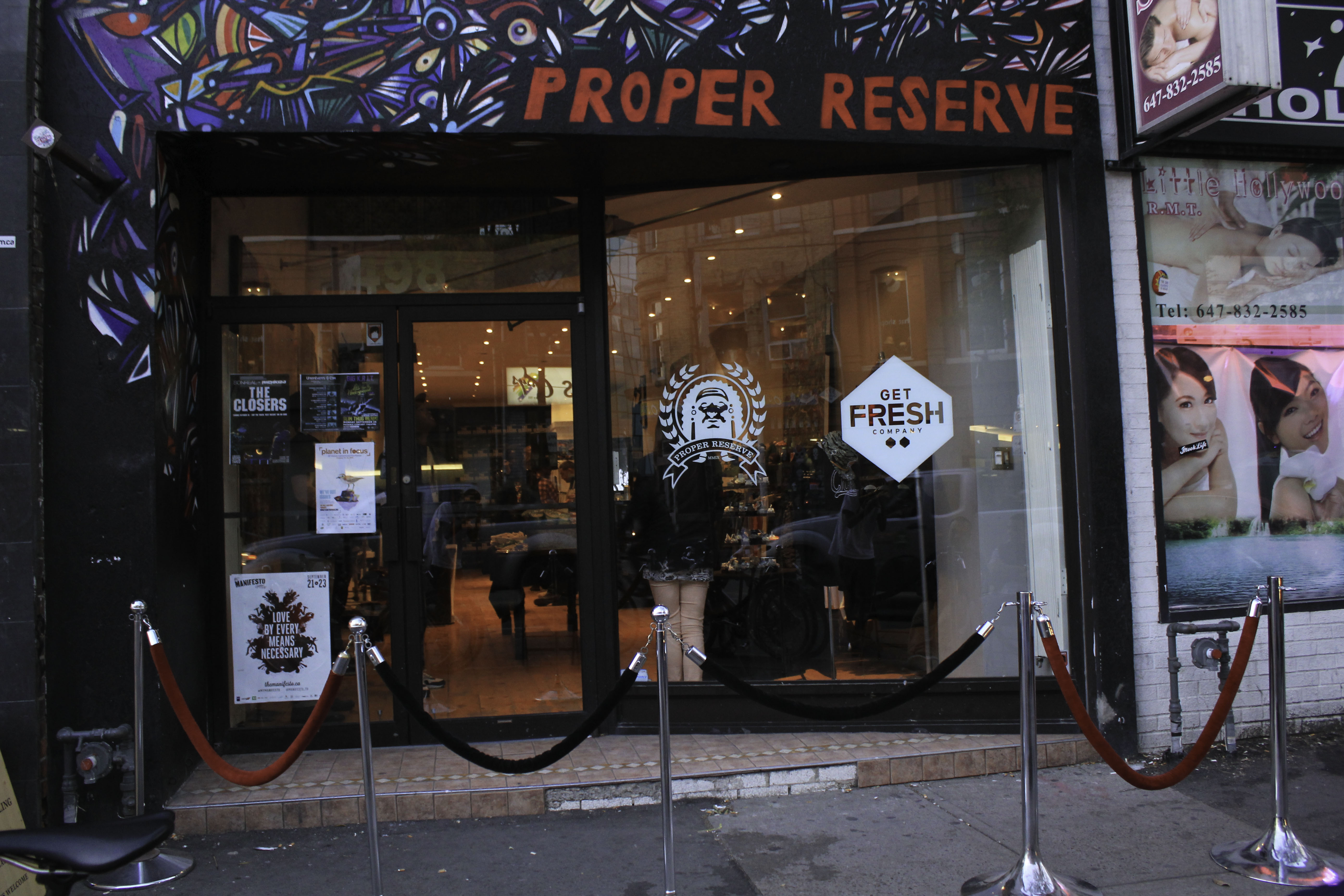 On September 26, 2012, Canadian rappers Rich Kidd and SonReal held a listening party at the Proper Reserve Store in Toronto for their collaborative 10-track LP “The Closers”, set to be released on October 16, 2012. Those who had the privilege of attending this event were given a sneak peak of the album, while enjoying food and refreshments as we stood for photos and conversed amongst one another throughout the evening.

Walking into the Proper Reserve Store, the atmosphere was comfortable and welcoming. Sponsored by Sapporo, complimentary beer was given out during the evening; while cupcakes, veggies, chips, and candy were some of the other items available.

With DJ NaNa on the one’s and two’s, he provided music for us throughout the entire evening.

At around 7:30pm, the listening party had officially began as Rich Kidd took the microphone and introduced the first song of the night.

1. The Openers (Prod: Rich Kidd)
Jumping right into things, this cut from the album had a very nice vibe from start to finish. It was a good indication as to which direction the album was headed.

2. Real Life (Prod: Rich Kidd)
This song possessed a laid back, smooth flow from both artists, as SonReal did a great job on the chorus. The production on this track was on point, adding depth and an overall great feel.

3. Best Believe (Prod: Rich Kidd)
This cut from the album was thoroughly enjoyed by those in attendance. As it was personally one of my favorite tracks of the night.

4. Money Money (Prod: Wonda Gurl) [Dir: Mark Valino]
Keeping things rolling, Rich Kidd continued on by saying, “Inspiration for this track was just to have a lot of fun while showing ignorance at the same time”. The two rappers told us to focus our attention towards a plasma screen while they premiered their new video for the song. Both emcees could be seen taking over a mansion as they threw money around. After watching the video, a loud applause followed, as this was a crowd favorite, and a favorite off the album as well.

Below: Screenshot from the video “Money Money”

Below: Snippet from the brand new music video for “Money Money”

5. Hometown (Prod: Arthur McArthur)
The Concept behind this song was to represent for their Hometown. SonReal explained it’s about not forgetting where they came from or the friends that they grew up with. The hook is about showing love to your hometown, while Rich Kidd’s verse talks about his upbringing in Toronto and his love for the city.

Below: Arthur McArthur and myself

6. Control (Prod: Arthur McArthur)
This song came off as one of the deeper tracks from the album. With Arthur on the boards for his second production on the album, fans appreciated every moment, as they gave him props for a job well done.

7. Mind All Day (Prod: Rich Kidd)
This track has already been featured on both Rich Kidd’s, “We On Some Rich Kidd Shit Vol. 6” as well as SonReal’s, “Good News” mixtapes. However, this version of “Mind All Day” was re-produced by Rich Kid who added more depth to the track as a whole.

8. F*** Yeah (Prod: Beat Merchant)
Rich Kidd told us that this track was all about having a good time. He explained, “It’s like college kids getting drunk”. This was a good song that brought a lot of positive energy to the forefront. The crowd response was positive, while Rich Kidd and SonReal could be seen enjoying their track.

9. Don’t Stop (Prod: Rich Kidd)
This cut from the album gave the impression that both artists won’t be slowing down anytime soon. The song sounded really good, while both rappers showcased their lyrical skills.

10. Slumber (Prod: Rich Kidd/Chin Injeti)
Being the last song of the night, this track showed strong production once again. As people showed their support towards the project, Rich Kidd and SonReal thanked everyone who took the time to come out that evening, as well as shouting out their managers, Black Box Recordings and Universal.

Before the night ended, I had the opportunity of getting a picture with Rich Kidd and SonReal before they made their way to a secluded area in the back of the store, where they sat down for an interview.

This event was very successful, as it was obvious that everyone who attended had a great time. After going through the entire album, it was evident the project came together nicely as both artists displayed their chemistry on each song, while adding talent from others as well. If the listening party was any indication of how great this album was, than we should all keep our eyes and ears open for Rich Kidd and SonReal “The Closers” album available on October 16, 2012 via Black Box. 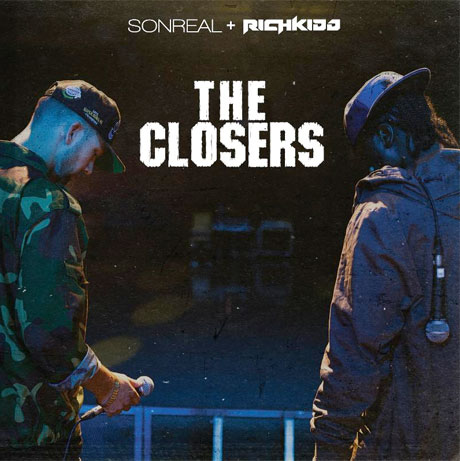