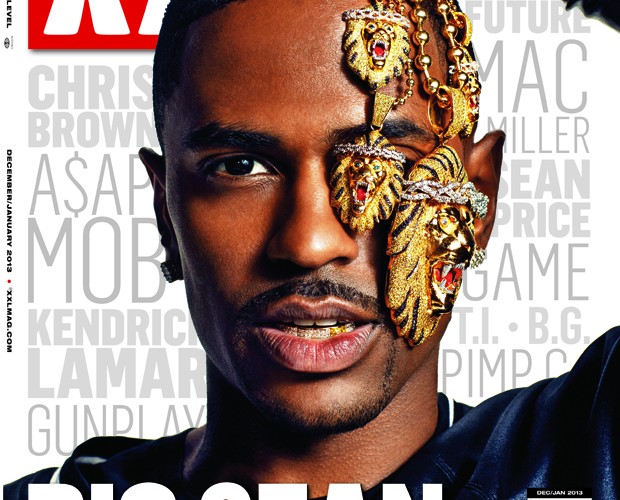 Breezy and Big Sean cover XXL’s December/January issue which will hit stands nationwide December 4th, 2012. Being Chris Brown’s first major interview in nearly two years, he discusses his growth as an artist, dealing with hardships in his life, recent altercations with other rappers and ultimately his love life. G.O.O.D. music affiliate Big Sean talks about the upcoming release of his sophomore album, Hall of Fame: Memoirs of a Detroit Player, set to be released in early 2013. He also talks about his catalog of singles, memorable guest appearances, how he’s grown with his new project and that he wants to continue to make his hometown of Detroit proud.

Quotes from Chris Brown:
“In the beginning, I used to be hot. I’m normal. I’m human, so if anybody says something that’s a lie, I’m numb to it. I’ve smartened up.”

“A lot of people wanna know about the whole situation with me, Drake and Meek Mill. At the end of the day, I’m me, they’re them. They rap, I sing. Totally different caliber. I rap, I play around on mixtapes. But our words don’t collide as much as you’d think.”

“I haven’t been as mature and thought out in the past, so, me growing now, it’s showing my progression. I used to use my Twitter account to vent, but now I mostly use it for marketing and promotions. Even if the media asks me something, if it’s cool then it’s, ‘What’s up?’ But if it’s anything that’s too negative, I don’t care to respond.”

“One thing people often want me to talk about is my public love life. When it comes to my love life, the perception seems as though I am a player. But that’s not true. Love is something I am still learning. It’s just an obstacle that I haven’t yet mastered. I think that’s my biggest hurdle in life.”

“I use music or painting as my outlet to get through the confusion. I try to promote positivity and love.”

Quotes from Big Sean:
“It’s deeper than just comin’ up or making money. We got the potential and opportunities to change the world—and still have fun with it. It’s a responsibility that I feel like I’m willing to take.”

“I took all my experiences from Detroit and incorporated them into who I am today. From partying to inspiration to sharing times about being broke to love to the dope boys, paper chasers. I would see all the players rocking furs and gators. I’ve seen people get killed. I’ve seen people spend crazy money. I’ve seen poor people. I give every aspect of the city in my music. They need somebody to tell that story.”

Be sure to cop the issue and check out our interview with Big Sean.