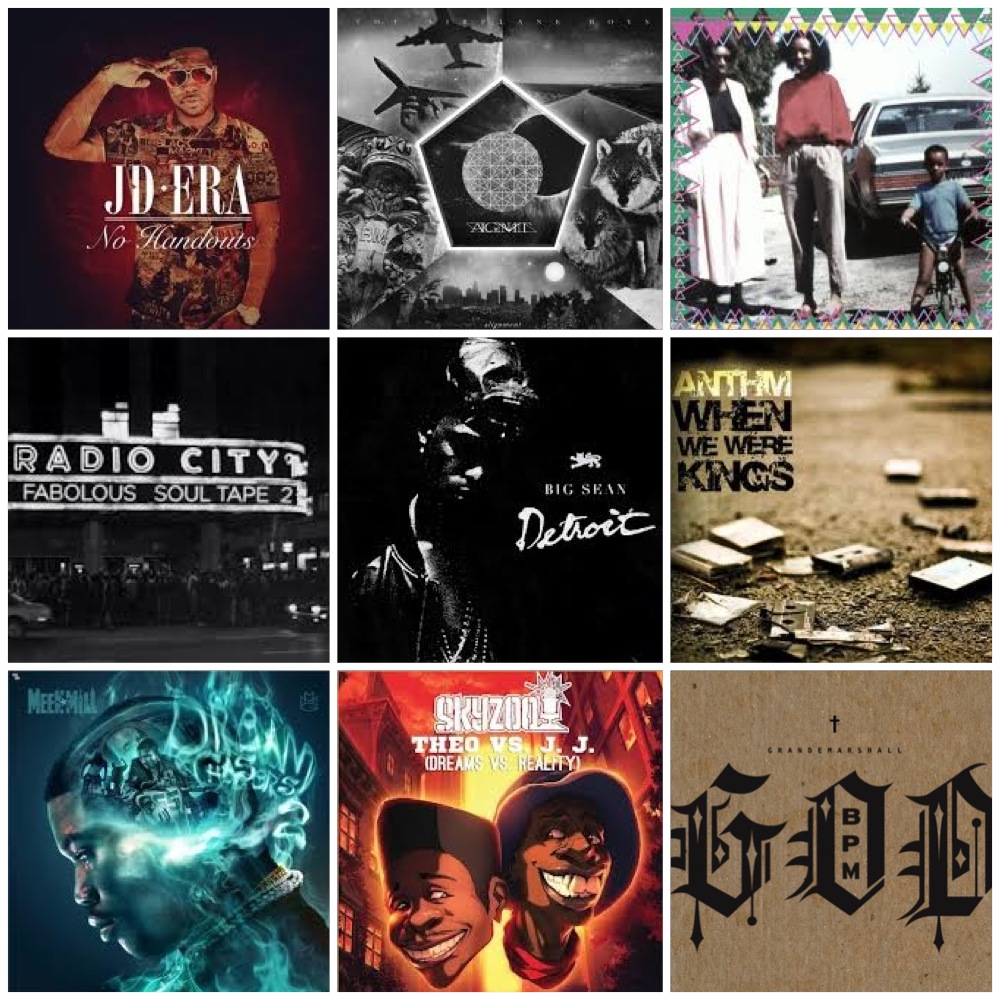 [Staff Lists] The Come Up Show Favourite Mixtapes of 2012 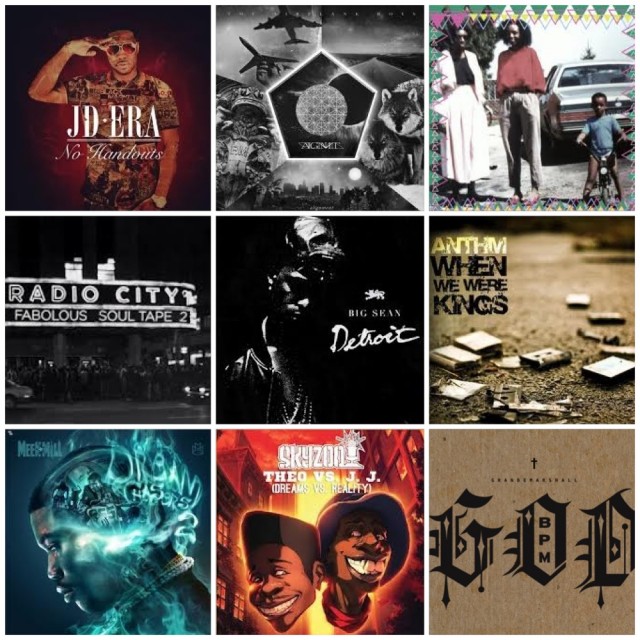 If we didn’t have mixtapes it would definitely be a slow day for most blogs, the fans, and its safe to say some artists would be non-existent. A fair amount of time passes us by until we get an album from our favourite artist, especially with pushed dates etc. That’s why established artists do depend on mixtapes to get us by in between that time and new artists use it as a entry into the Rap game. I quickly hopped on Datpiff website to see if I can count how many mixtapes were uploaded, to my surprise there was over 500 Mixtapes uploaded in ONE DAY. Mind you some of the mixtapes are compilations but it gives you an idea how important mixtapes have become. Another bonus for artists and fans is that an artist can basically do whatever they want on a mixtape, they don’t have to answer to their label, it’s all about the music, having fun and being as creative as you want. Check out our favourite mixtapes of 2012. 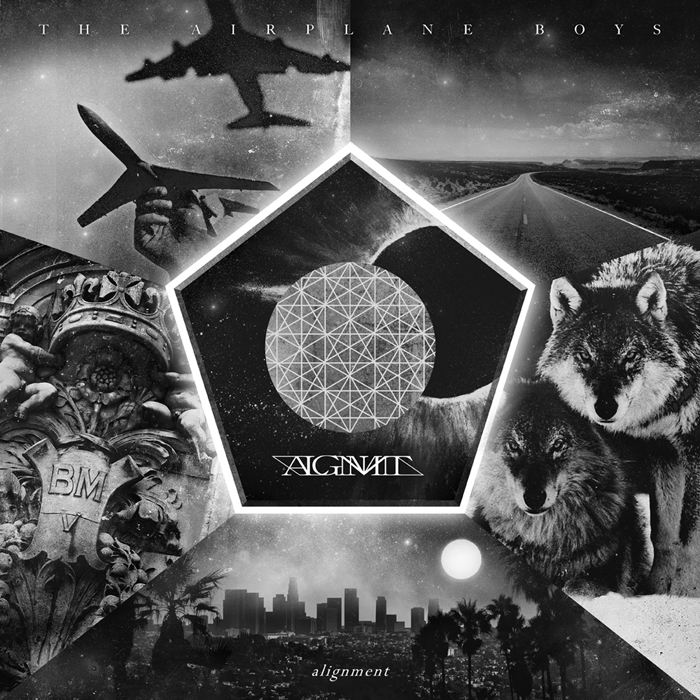 This music is for dreamers, people who inspire to be better, even if you weren’t, it elevated your thinking to be better. Lyrics like “We trying take a dream from our bedroom pillow to your living room screen” in Black Lotus made me feel like I wasn’t alone on the journey to greatness, believing in something bigger than me. If you haven’t already please go download The Airplane Boys- The Alignment.- Chedo 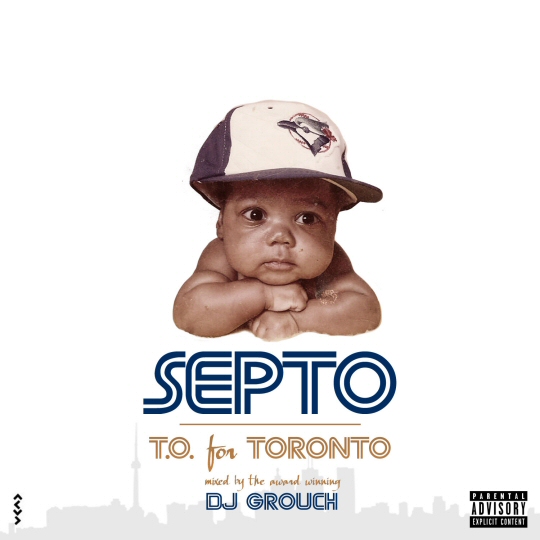 If you asked me today to put you on to a dope Toronto artist or if you are asking yourself what’s this Toronto buzz about? I would tell you to start with SepTO- TO for Toronto mixtape. Mixed by the legendary DJ Grouch, I’m blown away with how well put together this project is. This is epitome of what a mixtape is, SepTO takes Toronto classics and flips it into his own, from Michie Mee, Kardinal Offishall, Choclair, and so much more. Check it out now if you haven’t yet!- Chedo 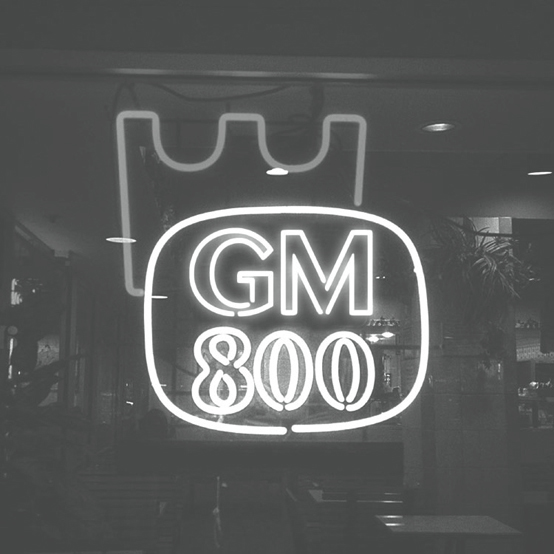 I remember Hustlegrl tweeting Grande Marshall soundcloud link to the 800 mixtape. Never heard of Grande Marshall before but I do trust Hustlegrl taste in music so I gave it a chance. After hearing songs like Terre’s Theme, 1020s, and SEC580 I had to instantly download it and transfer it to my phone. Grande Marshall is an 18 year old from Philadelphia, PA and this had to be blogged and played on the radio show ASAP. I’m still listening to the tape and I’m excited to see what Grande Marshall is going to do in 2013.- Chedo

ANTHM – When We Were Kings 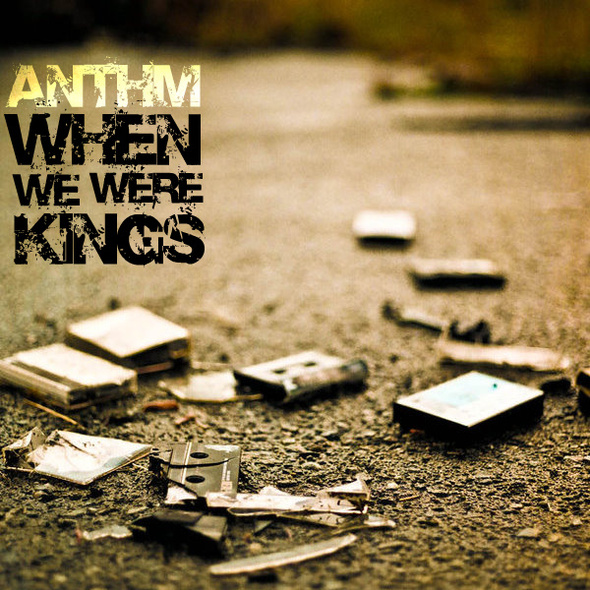 ANTHM really caught my attention out of nowhere, and really impressed me with his lyricism on WWWK. The 90s-themed mixtape definitely fit right into my musical tastes, with tracks like “Can I Live” and “Betty White”.- M-Bomb

ANTHM has bars on bars on bars. He impressed the hell out of me when I first heard WWWK. “Never Do”, “Freek’n You” and “Play On, Playa” were a few standouts for me, but if you’re a hip-hop fan and haven’t taken this in fully I suggest getting on it ASAP.- David 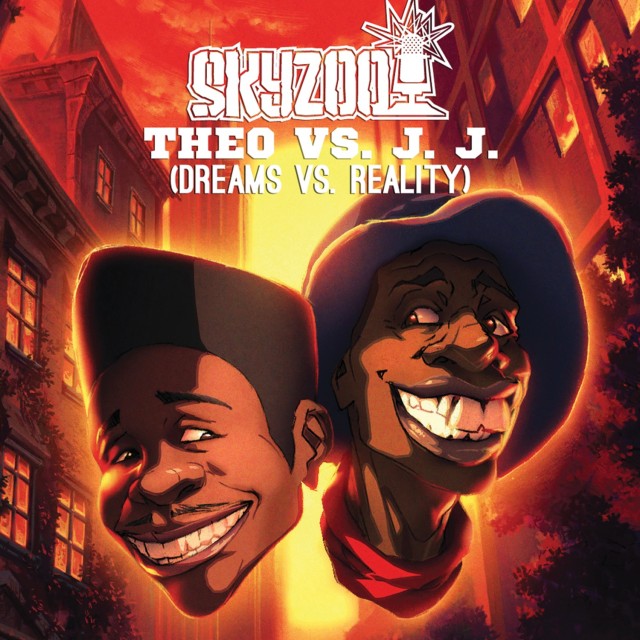 Skyzoo drops mixtapes better than most rappers’ albums. The Great Debater was proof of that, and so is Theo vs J.J. (Dreams vs Reality). Just listen to “#FGR” or “By Any Means”, and you’ll see what I’m talking about.- M-Bomb

Shad – melancholy and the infinite shadness 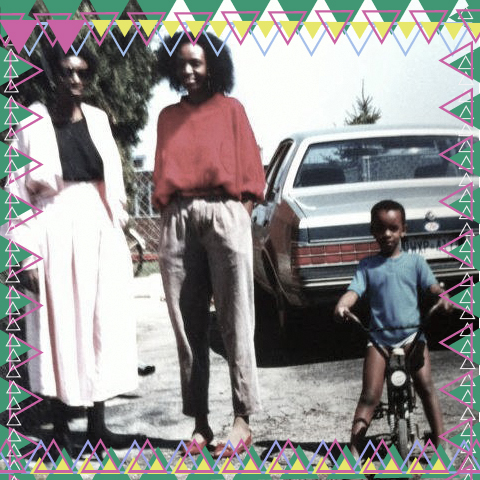 When it comes to dope music, Shad is pretty much my benchmark. The man has yet to release a project I haven’t enjoyed, and the melancholy EP, though brief, is no different. “It Ain’t Over” is a gem.- M-Bomb 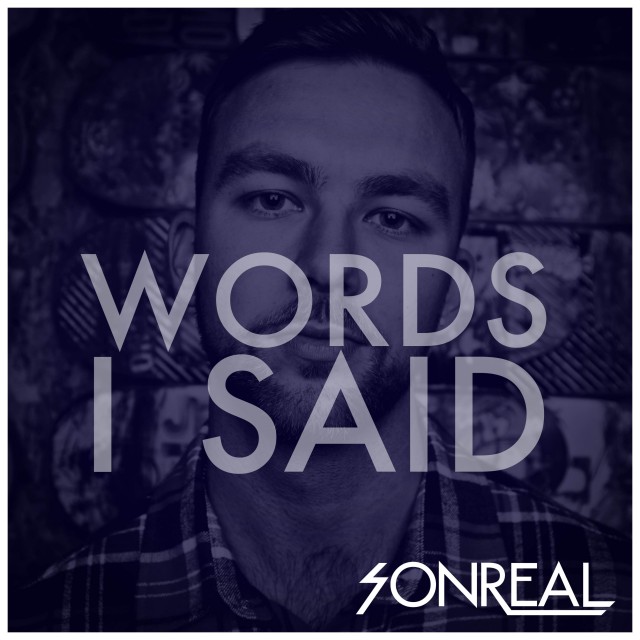 This mixtape served as my introduction to SonReal, and it really made a lasting impression. 18 tracks, and no real filler tracks here. “Alone”, “Back Home”, “Halle Berry”, “Celebrate”, “Extra Extra”, “Feel It”… you get the picture.- M-Bomb

Gemstones – Elephant In The Room 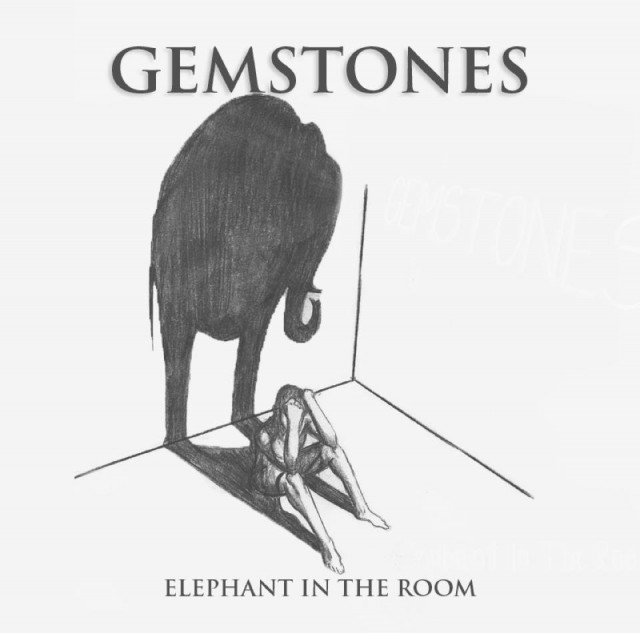 Gemstones makes a really strong return with Elephant In The Room, reminding listeners why they shouldn’t forget about him. Just listen to “Fire In My Heart”, and you’ll see.- M-Bomb 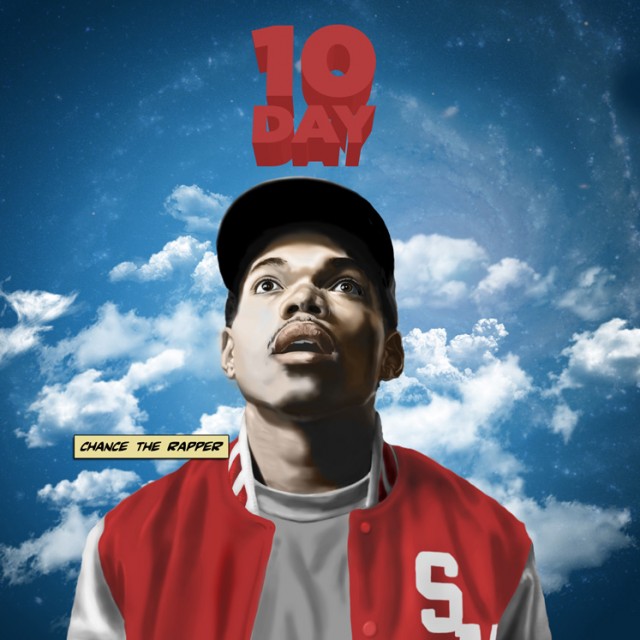 10 day is one of the most infectious projects I’ve come across in a while. Chance is wild on tracks like “Fuck You Tahm Bout” and “14,400 Minutes”, but for the most part he keeps it pretty mellow showing off his incredible talents as a rapper and vocalist.- David 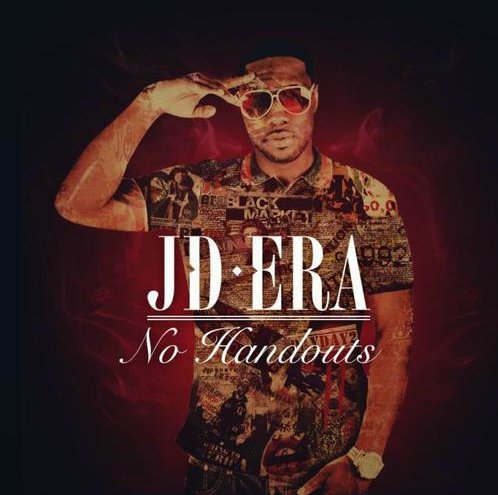 JD Era is no joke, and the Toronto native showed us why with his No Handouts project. There isn’t a song worth skipping as JD comes with a flurry of hard rhymes and big beats produced by the likes of Lex Luger, Rich Kidd, 9th Wonder and more.- David 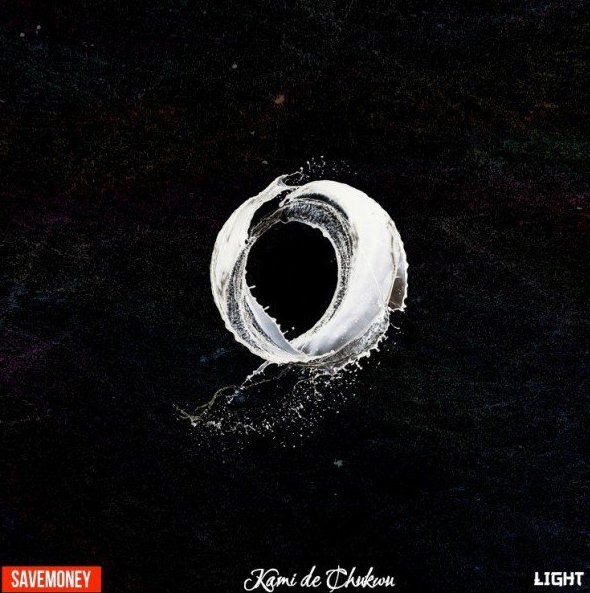 Don’t let the name fool you, Light is an extremely dark mixtape from Chicago’s Kami De Chukwu. His raw and aggressive style compliments the tone set throughout the ‘tape. Kami sounds angry when he raps, but his heavy emotions are what draw me to his music. “Red Rover” is definitely one of my favourite songs of the year.- David 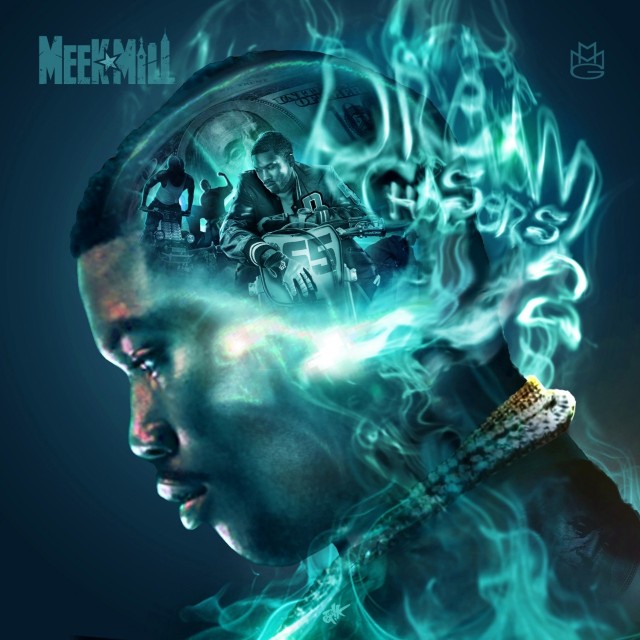 For Meek Mill his first mixtape Dream Chasers set the bar so high many thought it would be next to impossible to top such an impactful debut. The newcomer from Philly delivered such a well-crafted mixtape it catapulted him to star status in hip hop and gave him a top ten single in House Party. Then with the help of his boss, Mills set the clubs on fire again with standout tracks on the posse cut album MMG presents: Self Made Vol.1. With a new audience paying attention Meek Mill leveraged his momentum and dropped Dream Chasers 2 setting his buzz and popularity into overdrive with standouts Burn and Amen dominating radio station airwaves all summer.- BigSke

In this world you have to chase your dreams and that’s exactly what Meek does. His second installment in his Dreamchasers series was a great way to establish his spot in the game before releasing his debut album “Dreams and Nightmares”. The highly anticipated tape had over 2.5 million downloads in the first 24 hours and featured singles like “Amen” and “Racked Up Shawty”. (mlav) 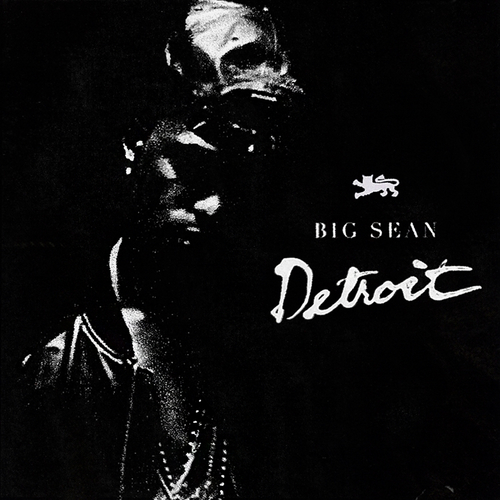 Being one of kanye West’s protégés has its advantages. You get the opportunity to learn from one of the best to ever do it. Big Sean payed attention and delivered one of his most cohesive mixtapes of the year in Detroit. Covering all the bases Big Sean took care of all the key demographics with introspective songs like the catchy 24k Gold to club bangers Mula.- BigSke 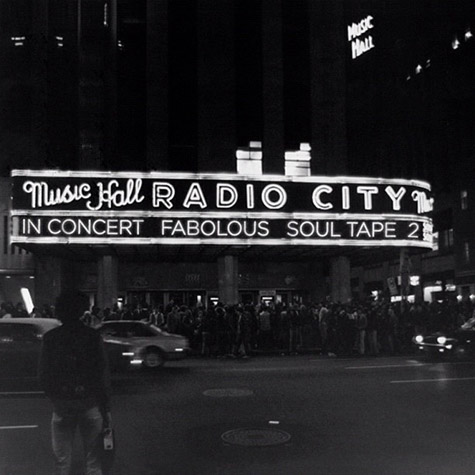 With a selection of mostly smoothed out soul sample beats and harmonies throughout the album, Fabolous’s Soul Tap 2 hit the mark on every cylinder. With a smoothed out sound, catchy hooks and stand out guest appearances from J.Cole and Joe Budden Fab continues to keep his name buzzing with quality releases.- BigSke 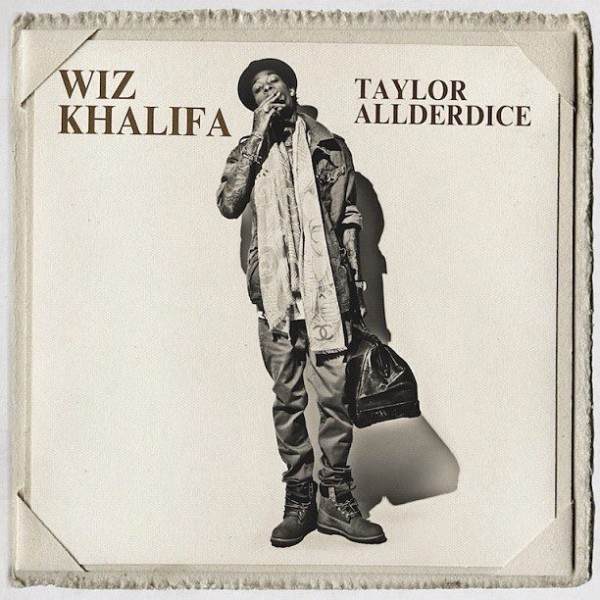 Prior to the release of his new album “O.N.I.F.C.” Wiz dropped this tape as something to give the fans that may have been expecting more from Rolling Papers. The tape features a nice selection of tracks with production from names like Cardo & Slegdren, while fans downloading the mixtape crashed DatPiff in the process.- Mlav)

It pays the cost to be the bawse and for Rozay that doesn’t seem to be a problem. With big name producers and guest features for a mixtape that other rappers could only dream of acquiring, ross delivered. Two standout tracks on the tape include “Stay Schemin’” and Mine Games which was produced by Toronto native Arthur McCarthur.- Mlav 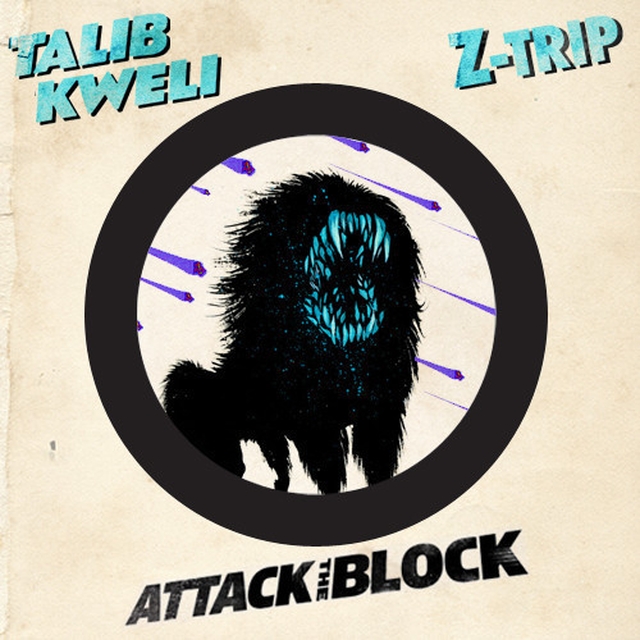 I’m REALLY glad I didn’t sleep on this mixtape, Talib Kweli paired up with Z-Trip for a very diverse mixtape. Reason I say that is because Kweli reached out to artiss like Mac Miller, Fashawn, Planet Asia, Das Racist, Mack Maine, Lil wayne, Black Thought, Ab-Soul, Ryan Leslie, production from Boi-1da to 9th Wonder. You got the street, grown and sexy, conscious Hip-Hop, it is Talib Kweli after all he’s proved in his career he can do anything and everything. Favourite songs right now is Outstanding featuring Ryan Leslie and Mack Maine STOLE the song Celebrate featuring Wayne. Take it in!- Chedo