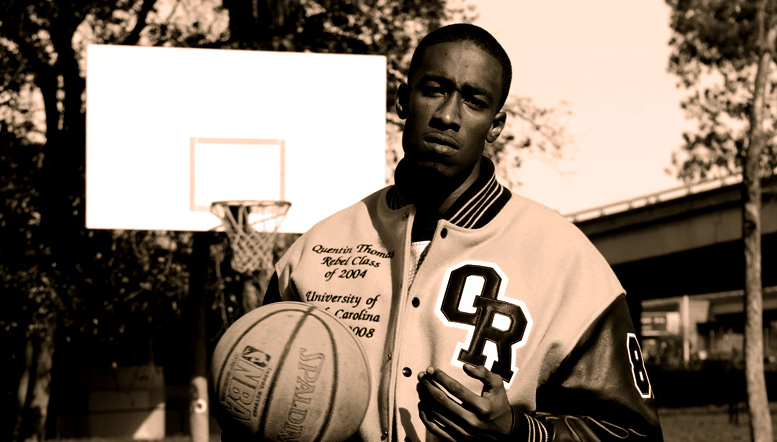 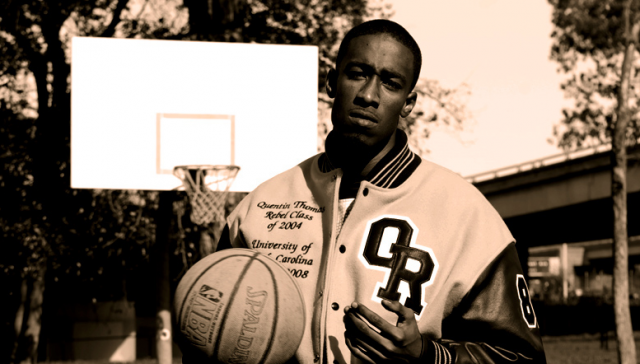 9th Wonder’s signee GQ just dropped “The Town”, the first single off his upcoming Death Threats & Love Notes album. For those unfamiliar with the Jamla artist, allow me to catch you up to speed. College basketball fans might remember him as Quentin Thomas, the former UNC reserve guard who filled in for Ty Lawson after he suffered an ankle injury in his sophomore season and helped UNC to a Final Four berth in 2008 (he also won a ring with UNC in ’05). After meeting 9th Wonder and recording a song for NBA Live ’10 with David Banner, Thomas eventually signed to Jamla and released his Trouble Man EP in 2011. Now, he’s gearing up to release the aforementioned Death Threats & Love Notes. Stream “The Town” below, and watch GQ’s bio video. Photo credit to Nican Robinson.