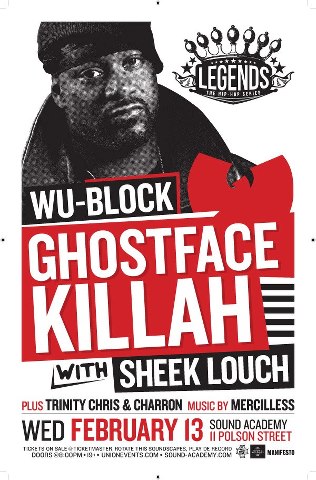 On Wednesday February 13, 2013 Wu-Tang Clan and D-Block’s Ghostface Killah and Sheek Louch will make their way back to Toronto in support of their joint album, Wu-Block which was released on November 27, 2012. Legends is an event series bringing the biggest names in classic Hip Hop back to the Sound Academy stage. The series launched earlier last year and has included shows by Talib Kweli, Public Enemy, GZA and Method Man. Get your advanced tickets now as this will definitely be a sold out show.