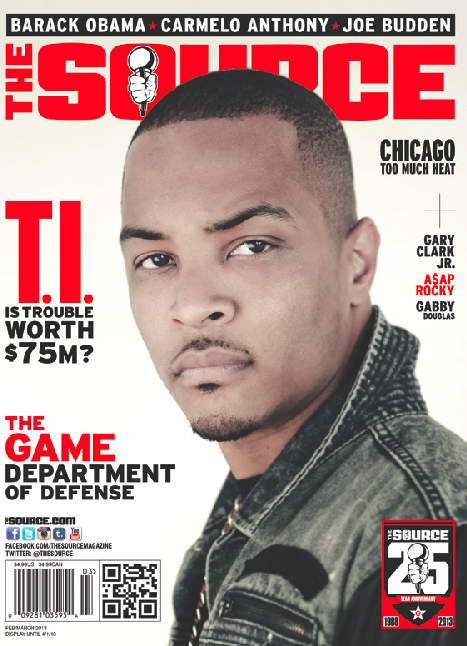 The Trouble Man himself makes the front cover in the February/March issue of The Source. The Atlanta rapper discusses his cameo appearance in the new comedy, Identity Thief and also talks about the criticism that he’s received over his past legal troubles. “Everybody’s gonna have their ups and downs,” he says. “Just because I’m a celebrity, doesn’t mean that I’m exempt from human-like faults.” To check out the full story from T.I., including his family, career and much more, grab your copy of The Source on newsstands. You can also purchase his eighth studio album, Trouble Man: Heavy Is The Head here.