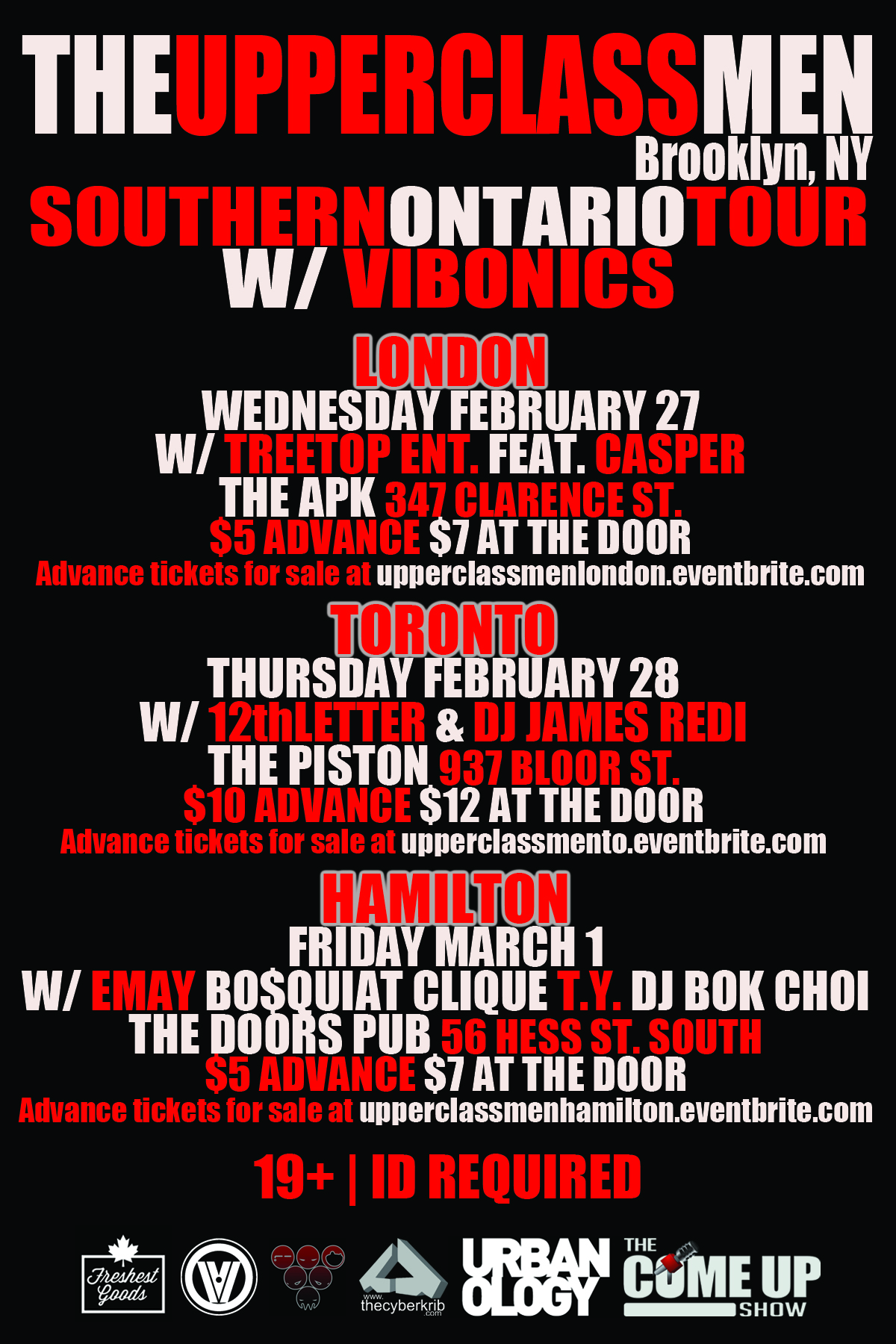 The Come Up Show is proud to be a sponsor of the Canadian Tour of Upperclass Men of Brooklyn, NY. It’s my first time really checking them out and with the hundreds of shows I’ve attended I’m excited to witness something “different”. Upperclass Men will be backed up by Toronto’s Vibonics and varying acts from each city! Starting off in London and ending up in Hamilton make sure to visit a concert in a city near you!

No matter how eclectic music tastes can get, there’s always something to be said for artists who give traditional genre lines a boisterous middle finger. The Upperclass Men are an example of what happens when boundaries set by genre typecasting are shattered in favour of a mind-rattling live show. Hitting the road after the release of their Parachutes EP, Southern Ontario is about to get a taste of rap-rock whiplash in an unforeseen way. Joined by Toronto’s own hip hop fusion band Vibonics on the tour, the Toronto show will also feature a performance by 12th Letter and music by DJ James Redi. In London, the Come Up Show-presented show will feature Casper of Treetop Entertainment, and in Hamilton the show will feature up-and-coming emcee/producer EmAy.

The debut release EP from The Upperclass Men. To download the EP with the digital booklet click the picture!

If Kanye West & Jay-Z made Watch the Throne when they we’re completely poor this is what it would sound like. Or something close to it. Enjoy. #TakeTheJump 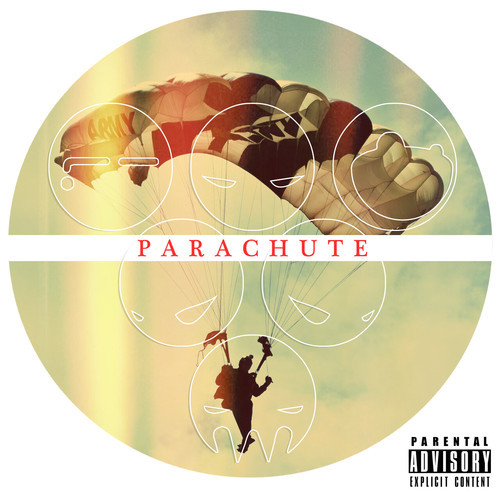