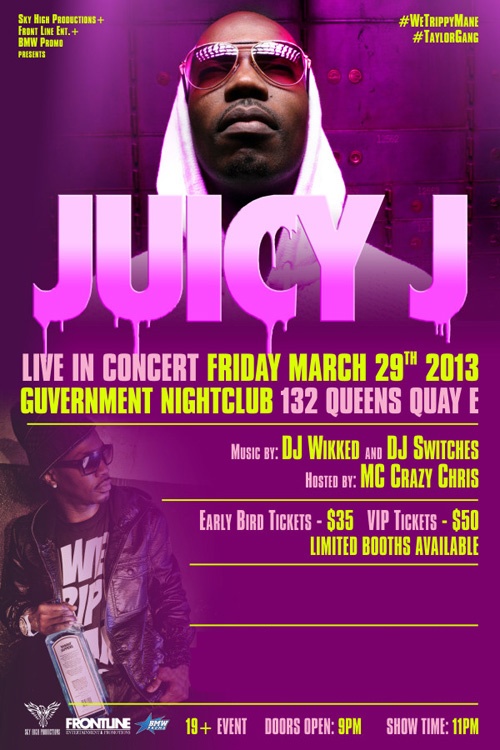 On Friday, March 29, 2013 Trippy Mane himself, Juicy J will be performing live in concert at the Guvernment Nightclub in Toronto. The event will feature music by DJ Wikked & DJ Switches and will be hosted by MC Crazy Chris. Juicy has released successful singles such as “Bandz A Make Her Dance,” and more recently “Show Out,” from his upcoming third solo album, “Stay Trippy.” Act fast and get your tickets now as this event will sell out quickly. Turn Up!