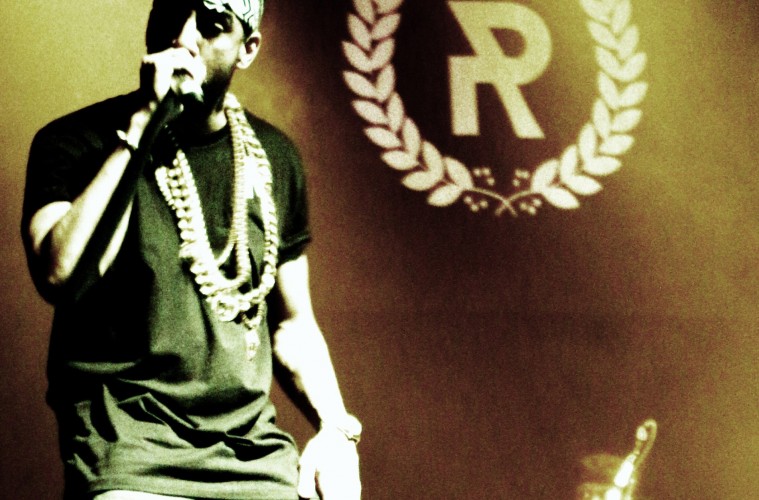 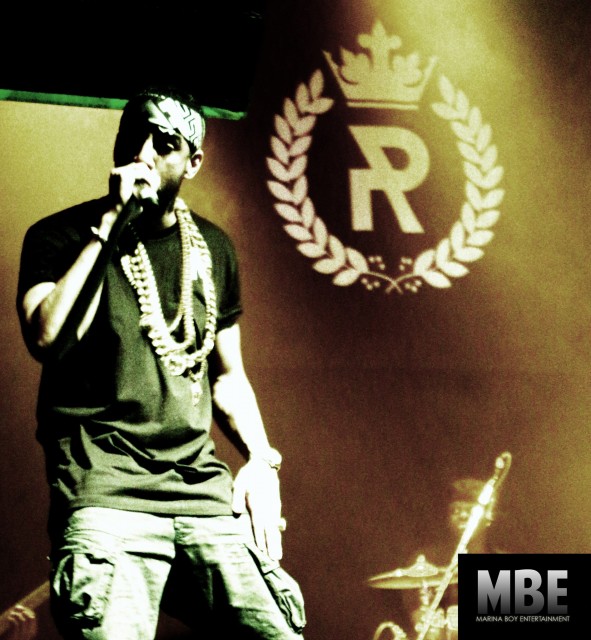 On Friday March 22, 2013 the multi-talented Ryan Leslie returned to Toronto as part of Canadian Music Week in support of his forthcoming album, Black Mozart. Presented by Union Events, the evening also featured special guest and Juno Nominated rapper JD Era with music supplied by D’enforcas from the Heavy Hitters. Since his last return to Toronto, R. Les has dropped his third full-length album “Les Is More,” and most recently made headlines when he was ordered to pay a one million dollar reward that was offered for the return of his stolen laptop. However, that was put aside as the night was devoted to true talent and great music from each artist that took the stage.

Although the doors opened at 8:00pm, eager fans lined up as early as 7:00pm for a chance to meet R. Les before the show even started. The Phoenix Concert Theatre began to fill up slowly but surely as fans waited anxiously for the night to begin. With a ratio of five to one in favor of the females, it was evident that this was going to be a memorable evening to say the least. Canadian Soca DJ group D’Enforcas consisting of Bass Line, Marly Marl and Mr. Mejustik kept the audience entertained as groups of individuals could be seen enjoying themselves, dancing to great music. The selection of music was more than fitting considering the type of night it was and featured classic songs from artists such as Bobby Valentino, Mario, 112, Trey Songz, Beyonce, Usher and Nas. Drinks in hand, the atmosphere was great to be a part of as more fans began to enter the venue. It was now 10:00pm as the MC announced JD Era was hitting the stage.

Recently nominated for “Rap Recording of The Year” for his mixtape “No Handouts” ICEH2O’s front man and opening act JD Era took the stage. Having the privilege of seeing him perform a handful of times, it was evident that Era was going to give it his all, while representing his hometown of Toronto. Jumping right into things JD performing a series of tracks plus cuts off “No Handouts” including “Live For The Moment,” “Hero,” “Canada EH” and “I Need You” in which he brought out Toronto artist Shi-Wisdom who is also featured on the song. Interacting with the crowd while also showing his humorous side, Era requested that his DJ play a little “RnB” as the rapper gracefully danced, while the audience sang along. Right after that he told his DJ to play something else and before you knew it, we were doing the Harlem Shake live with a man wearing a teddy bear head. Following a solid performance, JD thanked the audience before making his way off stage.

Prior to Ryan Leslie hitting the stage, those in attendance were once again treated to an interlude of great music as D’Enforcas kept things rolling playing songs from artists including Justin Timberlake, Amerie, Chris Brown, Ne-Yo and Rob Base. As the time got closer to 11:00pm, band members could be seen setting up their equipment while fans started to make their way towards the stage. Lights dimmed; Ryan Leslie made his way on stage as several people could be heard chanting his name. Wearing a bandana, jeans, leather jacket and more gold than Trinidad James, R. Les officially kicked things off. He opened his set with “Carnival of Venice” before throwing his jacket off for “Glory.” Progressing forward, Ryan and his band continued with “Beautiful Lie” before slowing things down with the crowd favorite “Something I Like.” Displaying energy throughout his performance with no signs of fatigue, Leslie and his band remained persistent as they continued to put on a great show. Leslie went on to say, “Let me show y’all how to get on my level” by performing a spectacular version of “5 Minute Freshen Up” followed by “Dress To Undress You.” R. Les than demonstrated his talent as he sat down to play the piano for his rendition of “Fly Together.” At this point he had rocked the stage for half an hour, claiming, “We’re only getting started” as fans cheered noisily.

Moving along, he kept the audience intrigued with more great music such as “Quicksand,” “Zodiac,” and “Valentine.” As the clock struck midnight, Leslie shied away from the music, inviting a younger couple on stage as he told the young man to “Do his thing.” The gentleman proceeded by saying, “This is my girlfriend Tracy, and it’s her birthday! We’ve been together for five years and we drove all the way from Montreal, it’s about that time, I’m about to do it.” Getting down on one knee he proposed to his girlfriend, who didn’t hesitate to say “Yes” as Ryan Leslie said “One time for love y’all.” After the proposal it was back to business for Ryan who proceeded to perform my three favorite tracks of the night, which included “Everything, Everyday, Everywhere,” “Start It Up,” and Addiction”. Captivating the audience throughout his two-hour performance, Leslie thanked those who waited in advance to see him perform while also shouting out the city of Toronto. Before exiting the stage, R. Les told us that his dream was to eventually perform at a Toronto arena and the only way he could do that was if fans spread the word of how excellent his live performances truly are.

It’s not everyday that you get to see an artist as talented as Ryan Leslie perform before your very eyes. The American record producer, singer-songwriter, multi-instrumentalist and rapper put on a unique show that was unquestionably appreciated by everyone inside The Phoenix Concert Theatre. The night progressed very well with a great selection of music from both D’enforcas and the artists that took the stage. After witnessing the Harlem Shake, an engagement proposal and diversified talent, there wasn’t much that didn’t happen that night, making it that much more memorable. If you’re ever given the chance to see Ryan Leslie perform, I would highly suggest you take advantage of the opportunity to observe a musical icon.