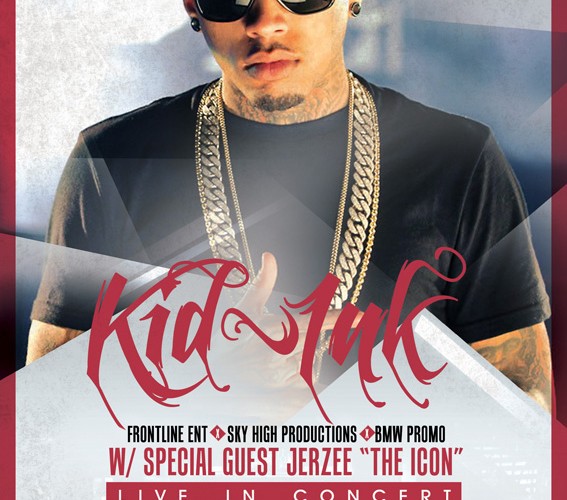 On Friday, May 10, 2013 Kid Ink will be performing live in concert at the Guvernment Nightclub in Toronto. The event will feature music by DJ Wikked & DJ Switches and will be hosted by MC Crazy Chris. Ink released his mixtape in November of 2012 titled Rocketshipshawty which has earned him over 600k downloads online, followed by 6 videos off the project. Starting off the New Year in 2012, Ink decided to sign a major label deal with RCA Records. On January 3rd, 2013 Kid Ink announced his signing and dropped his debut Major Label single “Bad Ass” feat MMG heavyweights Wale & Meek Mill. Be sure to get your tickets quickly, they won’t last long.