This past Friday on April 19th, marked the sixth year since The Come Up Show’s humble beginnings on 94.9 CHRW Radio. In celebration, an amazing line-up of artists took the stage at the Black Shire Pub and threw down what was no doubt an unforgettable night. 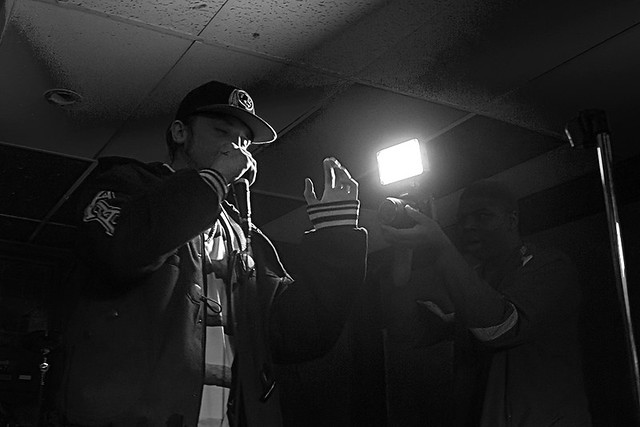 As the doors opened for the upstairs section, the guests all hovered by the bar quickly grabbed their drinks and started crowding the stage as the final touches were done for the setup. With friends, fans and staff all in attendance, it already felt like a “get-together like” party and the night hadn’t even really begun yet. While more people made their way upstairs, London artist Bill Beamin’ took the stage to get things started. Working with a crowd that was slightly more into socializing at the time, he picked up the mic and got right into it drawing everyone upfront. For roughly twenty minutes, Bill Beamin’ rocked the stage with his clever wordplay, punchlines and accapellas. Even running his own set, jumping back and forth from the laptop. By now the energy in the room was intense, although it was only just beginning. 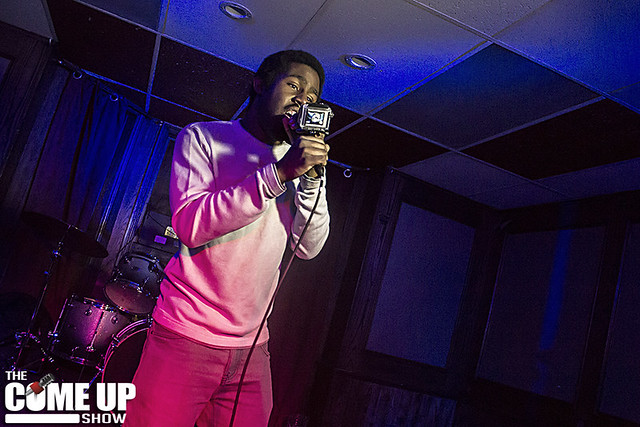 After a brief intermission, singer, rapper and producer Jay Downz made his way to the microphone. In the past week, I’ve seen him perform three times and I’d say this was one of the best, just based on how up close and personal it was. Getting right into a bunch of songs off his latest mixtape The Road, Downz had everyone singing along to he hooks, calling out song requests, and dancing. It was crazy! After finishing up with an exclusive song from his upcoming album Win or Die, Downz closed his set with a bang going into “Time To Get Paid”. 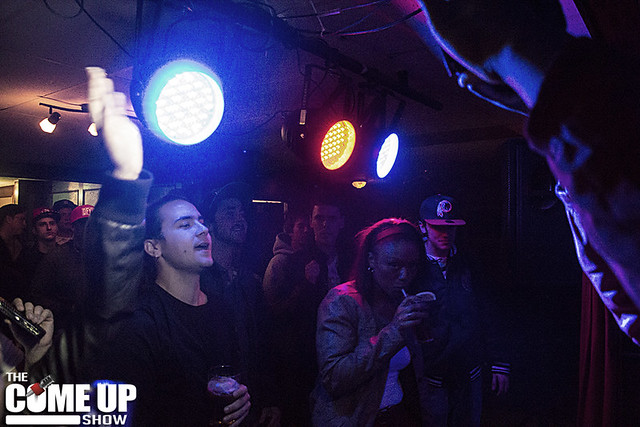 Following a smoke break, Treetop took the stage in full bringing everyone back up front. With those in attendance already going wild, it just got better. Jumping right into “Nah Boom”, Casper, Kehmak, TT Lo, Kieran, Bronson, and Culture played like rockstars in front of fifty thousand people. Accapellas, freestyles, the whole live band effect; you couldn’t ask for more. As fans roared out song requests and chanted the lyrics along with them, Treetop took the time to ask everyone to vibe along with them as they premiered a tribute song for their dear friend RJ Ratz, who had recently passed. With everyone silent as they listened without distraction, you could feel the emotion from the words heavily. As they closed out their set and the last sounds came through the speakers, the screaming from fans could be heard over everything throughout the bar, even the patio. 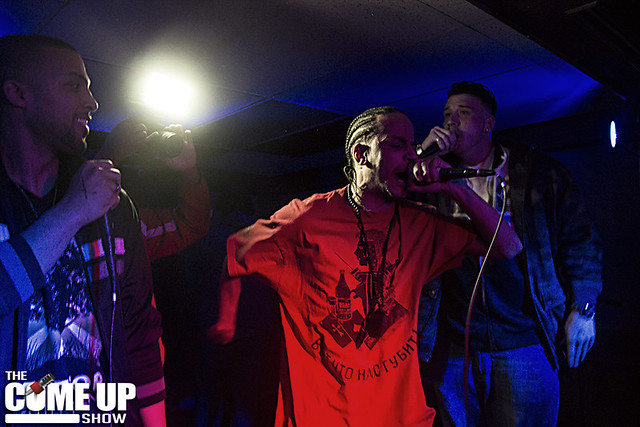 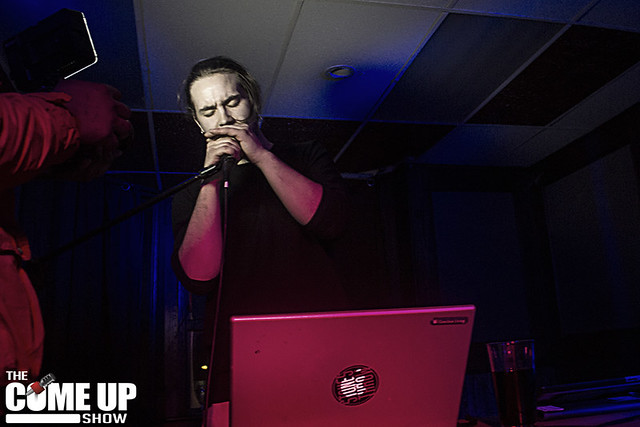 If this night wasn’t already incredible, Guelph producer Elaquent himself took the stage with Jaztoh. With the room at full capacity, the both of them ran the boards playing a well put together selection of beats, from up-tempo, smooth to some rugged old boom bap. The pub almost felt as if it was a nightclub by now. For about two hours straight Elaquent ran an astonishing show without a flaw, afterwards taking pictures with everyone and taking the time to conversate. Making for me, and I think everybody there I say again, an unforgettable night. 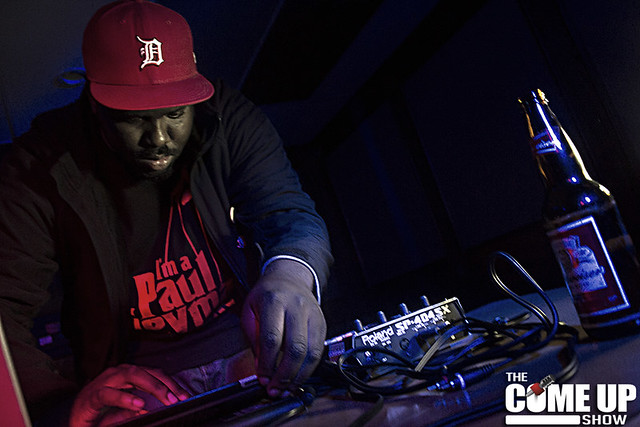 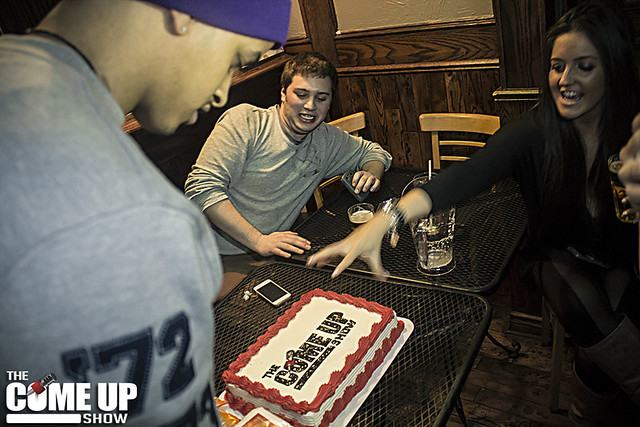 This being the first show in celebration of The Come Up Show’s 6th year anniversary, the turn out, performances and intensity couldn’t of been better. Even drawing the locals from the pub upstairs to join in the fun also. Plus there was cake! What Hip Hop show do you know of that has cake? Be on the lookout for live footage of the night and an exclusive one on one interview with Elaquent .

UPDATE:Make sure to read the review and check the photos from our Sean Price concert!

UPDATE: We just released the video for our 6 year anniversary weekend check it out right now and please share! 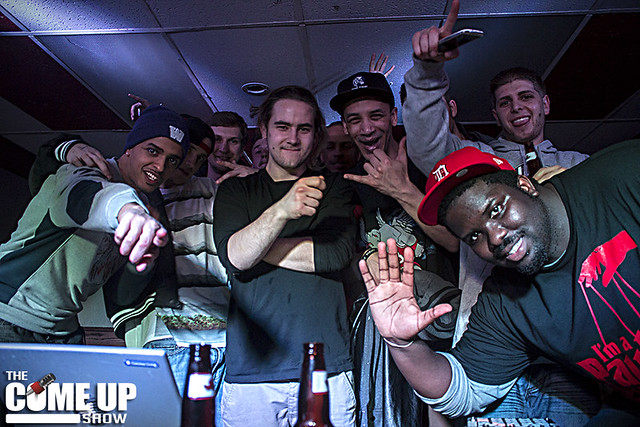