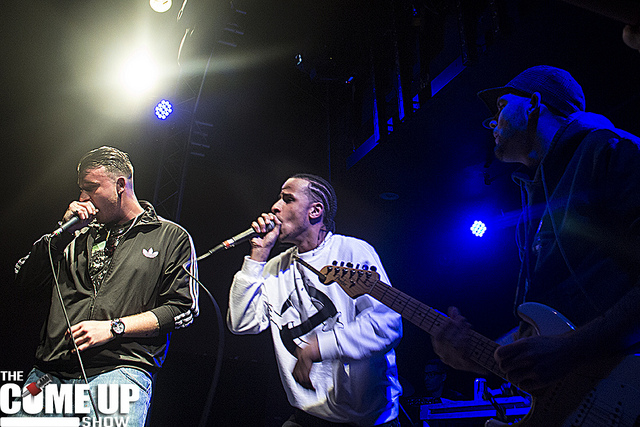 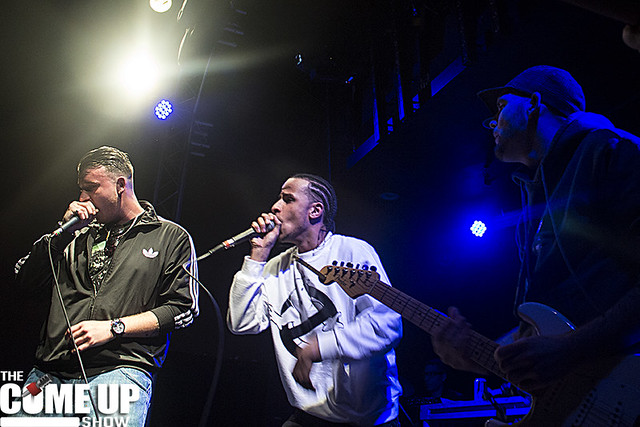 Closing out this very special weekend, veteran Sean Price made his way to London on Sunday, April 21st as part of his Mic Tyson tour, as well to celebrate The Come Up Shows 6th anniversary. From the days of Heltah Skeltah’s 97’ Nocturnal release to all three of Bootcamp Clik’s albums and even as a solo artist with releases like Monkey Barz all the way to his present material Mic Tyson; Sean Price has been a topic of discussion amongst the hip-hop heads daily. Right after performing in St.Catharines the previous night, P took the stage at Rumrunners Music Hall fulfilling a lot of long awaited dreams of going to see Sean P live in the flesh. 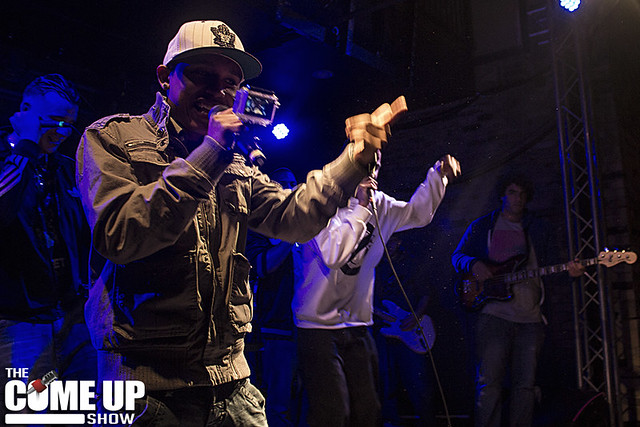 As the show began around 9:30, Treetop took the stage to kick off the night. After performing so well on Friday you would think they would be exhausted just a bit but no, they kept that same energy they always have at every show and put on a great set. After playing a few of their hit singles, Treetop brought Keno up on stage to perform a song him and Casper had recently collaborated on. Although brief, Treetop set the standard for the night by hyping up the crowd so well. Even having fans call for an encore afterwards though couldn’t play one due to keeping on schedule with the time slots. 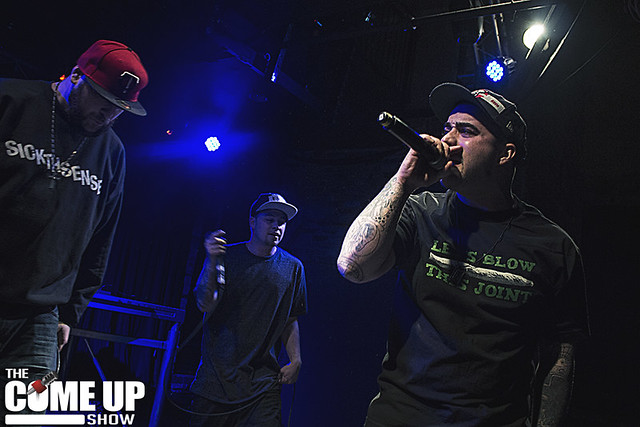 While more people walked into the venue a little late, Jux Cain grabbed the mic as the second performer for the night. After asking everyone if they were ready to see Sean Price, he got right into his latest song “Mastermind” before bring up the team to do a couple of their songs. After Jux did a couple songs, Jay Downz, Del Reze and JR Fillion took the stage alongside Jux and went into “Dumbout”, right before a new song they’re all on, though not yet released “Wasteland”. Finishing up the set, Del Reze ad JR Fillion gave an outstanding performance, which had the room roaring. 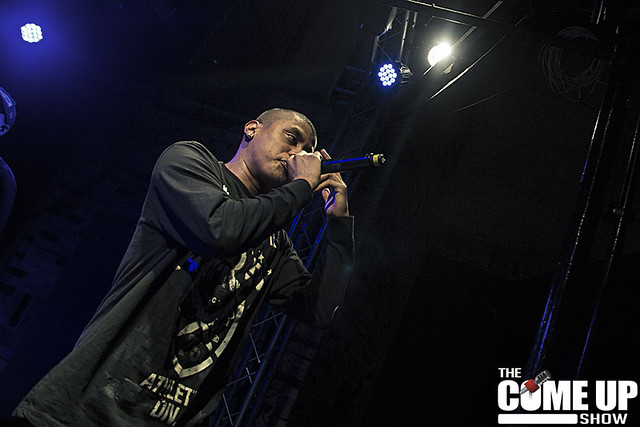 Getting right into the next artist, Young Stunna came up and had people yelling out his name before he even started. Walking throughout the crowd and all, Young Stunna performed some highlight songs off his EP, The Dark Ages. Everyone was going nuts by this point, as the third artist up the energy level was rising with each one and Young Stunna used that energy to put on a classic show. Seeing him at the Jadakiss concert a couple months back, I’d have to say this time around was much more intense. He even brought Casper up for the last song to perform his verse off their song “Hurt”, Stunna premiering a third verse for it as well. 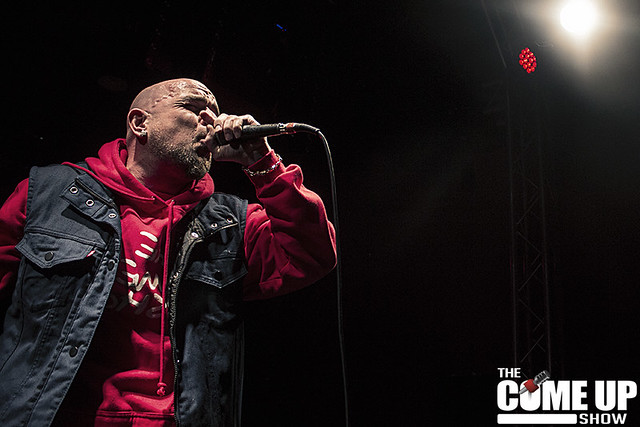 With the clock drawing near to Sean Price’s set time, Mic Boogie took the stage in his classic The Come Up Show hoody. By now the room was much fuller than at the start due to tardiness. Giving a shout out to The Come Up Show, Mic Boogie didn’t hesitate a second to get into some singles off his album Mr. Boogie like “Doesn’t Really Matter” and “Everybody’s Doing It”. Those in attendance screaming at the end of every song. Mic Boogie even pointed out Bishop Brigante was down from Scarborough for the show. After he was finished, it was cool to see Mic Boogie join the crowd for Sean Price’s set. After a brief intermission, everyone hurried back because they knew exactly what time it was.. 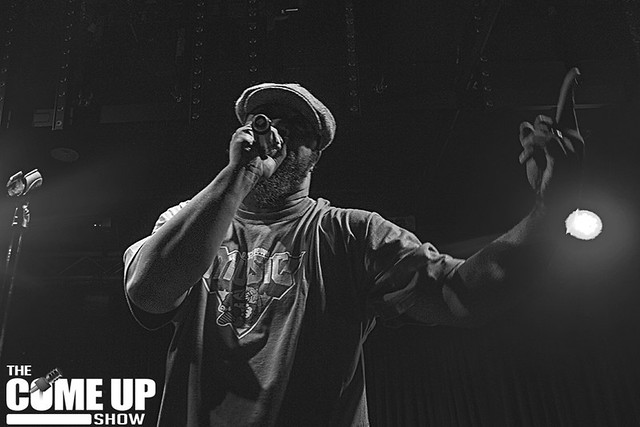 Making his way to the stage, dressed in a denim outfit with a touring cap on, the man of the night himself, Sean Price walked to the mic stand. I’m sure a lot of people there were listening to P all day before hand, so hearing his voice projected through the speakers almost made this night unbelievable. As he went through the entire Mic Tyson album, gripping the microphone like he said in a recent interview with The Come Up Show, P reached out to those who came shaking hands with fans upfront. Though promoting Mic Tyson, P went back to some classic songs like “Figure 4”, “King Kong” and “Boom Bye Yeah”. Even doing his own rendition of Eminem’s “My Name Is” while getting the crowd to answer back “Sean P!” After all was said and done and P left the stage, everyone formed into groups chatting in excitement, almost everyone saying “I can’t believe we really just saw a Sean Price show”. 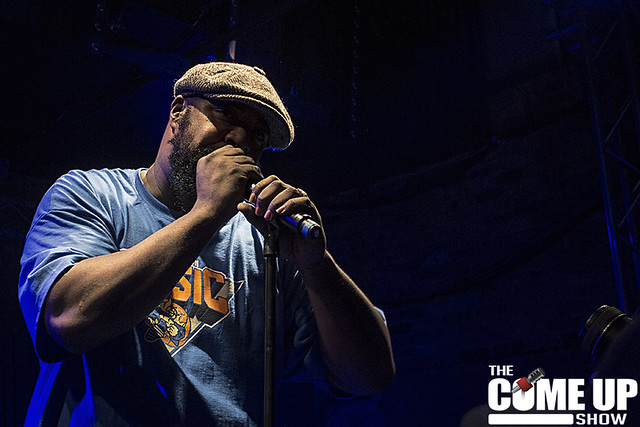 With everything running as smoothly as it could of, the night couldn’t of been better for those who were there. Seeing as it was a Sunday show that started early, it was sad to see the turnout unlike it usually is, especially for Sean Price. Who wouldn’t want to go into work or school the next day hung over and say to their friends, I had the best night ever at the Sean Price show last night, you should of been there. I know most who came out did exactly that. Although in a way I’m sure those who came were thankful they got to be so close to Price due to that circumstance. Closing out The Come Up Shows 6th Anniversary weekend of concerts, the show could have been better turn out wise, as far as performances, the night overall, sound and crowd reaction, it was amazing. I hope and I’m sure I’m not speaking for myself, Sean Price comes back again soon for his next project because that one and a half hour set just wasn’t enough.

UPDATE: We just released the video for our 6 year anniversary weekend check it out right now and please share!