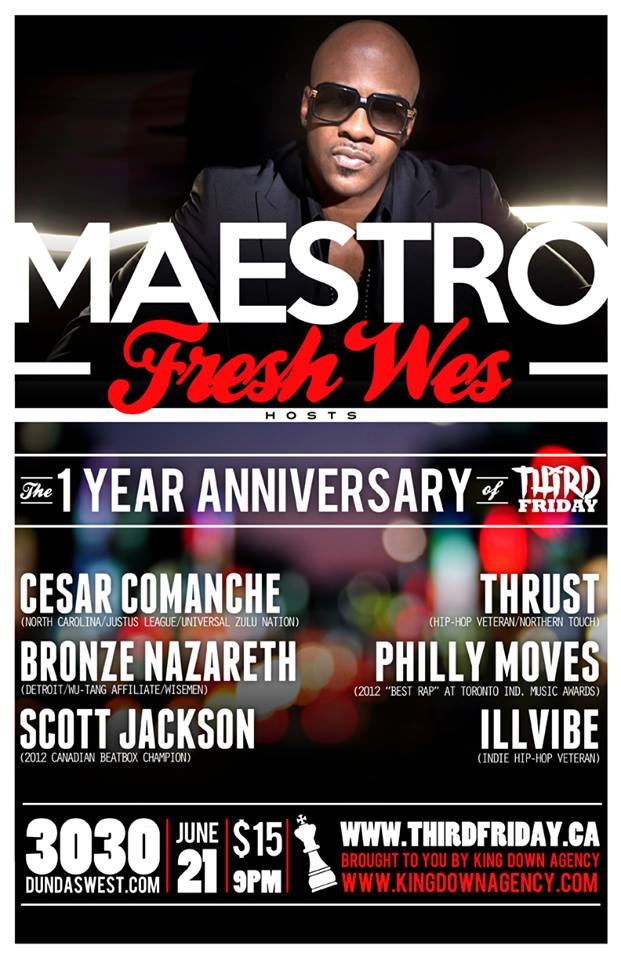 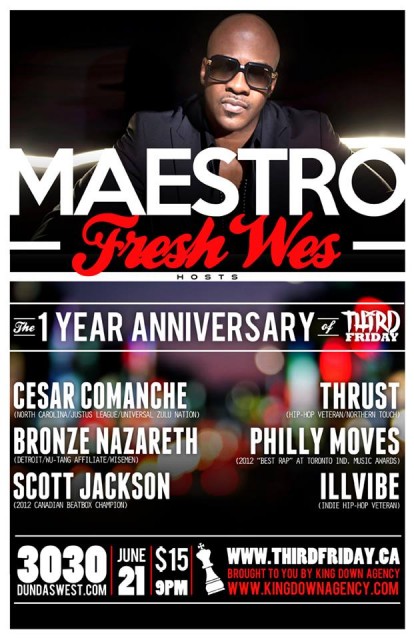 On Friday June 21, 2013 Hip-Hop legend Maestro Fresh Wes will be hosting the one year anniversary party of Third Friday’s – Toronto’s best independent hip hop night at 3030 (3030 Dundas West). Brought to you by King Down Agency, the event will also feature Cesar Comanche, Thrust, Scott Jackson, Philly Moves and IllVibe. With a stellar line-up, this event will sell out, so get your advance tickets below.