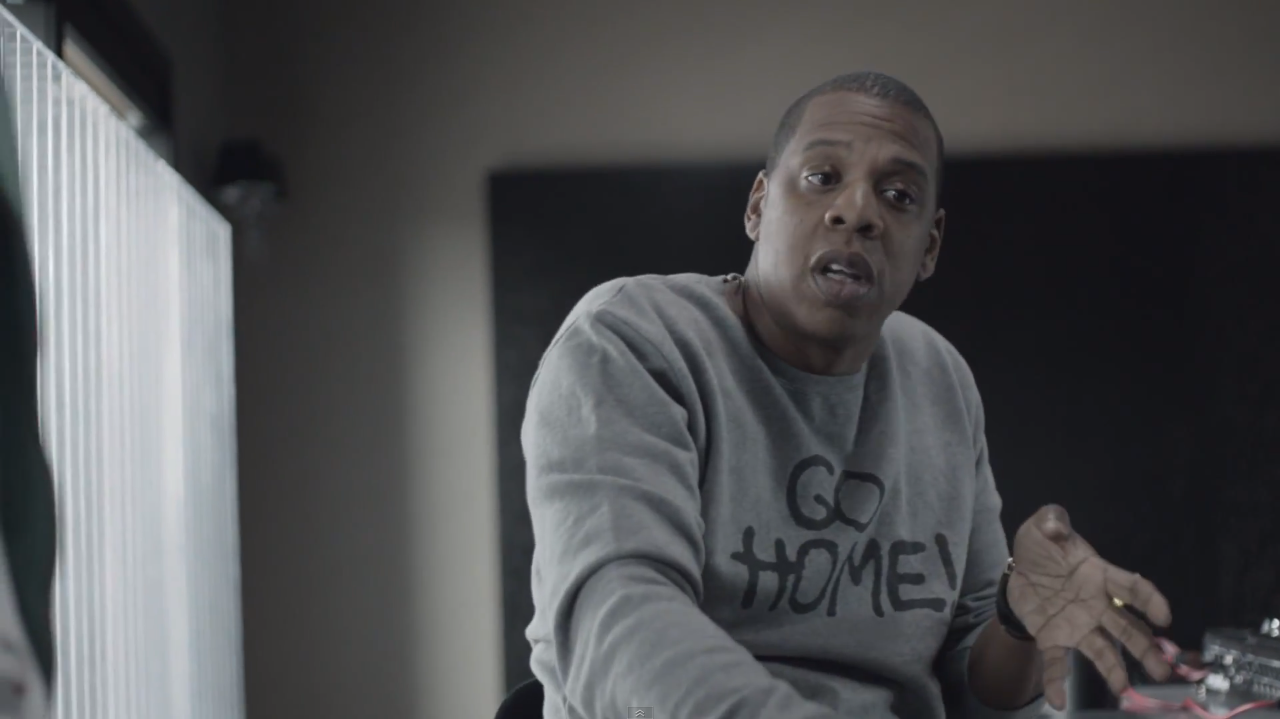 The promotion behind Jay-Z’s Magna Carta Holy Grail is genius. Hov can be seen here delving into the meaning behind four of the album’s tracks: “Oceans”, “Heaven”, “Holy Grail”, and “Jay-Z Blue”. As usual, Rick Rubin, Timbaland, Swizz Beatz, and Pharrell are featured throughout as that same haunting piano loop continues to play. Aside from what we’ve learned in these promotional videos, we also now know who we can expect to be featured on the album. Rick Ross makes an appearance on “F—WithMeYouKnowIGotIt”; Frank Ocean joins in on “Oceans”; Beyonce lends her vocals on “Part II (On The Run)”; Nas, Justin Timberlake, Beyonce, Swizz Beatz, Pharrell, and Timbaland make up the cast for “BBC”; Justin Timberlake appears again on “Holy Grail”, and Swizz Beatz is on “Open Letter”. Watch the videos below.