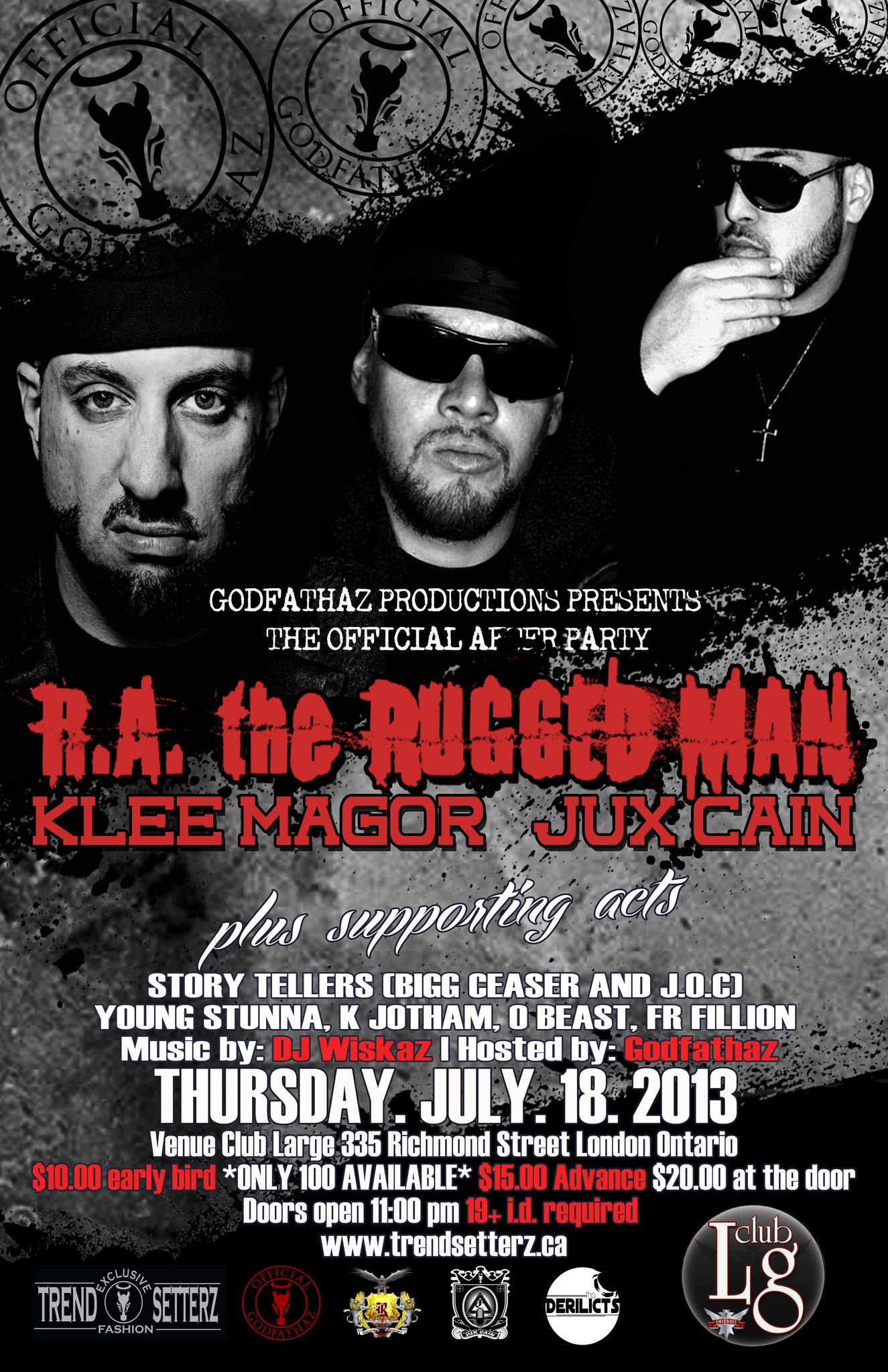 Fresh off tour from Europe in celebration of the release of his latest album Legends Never Die, RA the Rugged Man is doing numerous shows across Canada joined by Klee Magor with numerous different opening acts. The tour kicked off in Toronto last night at The Annex Wreckroom and he is performing in Guelph tonight at Louis on Lewis. Tickets are available in advance through specific promoters in each city or at the door of each venue. This is one event you don’t want to miss out on. See the full event list underneath.